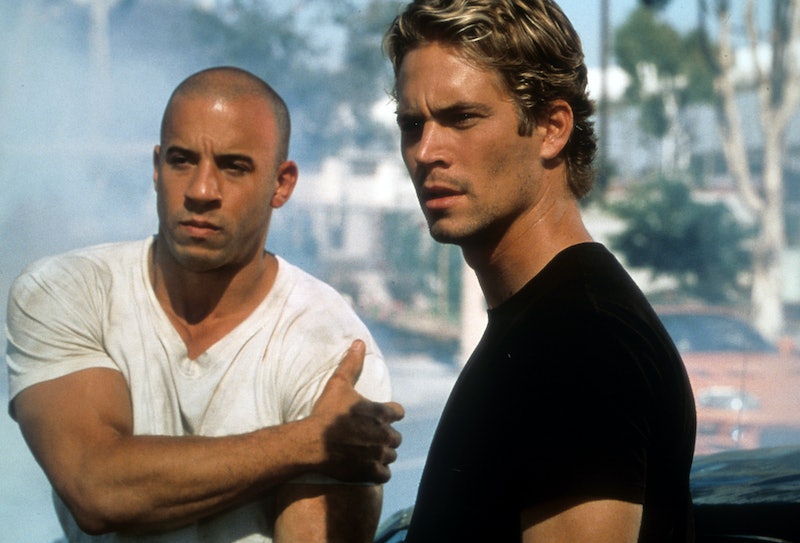 The Fast and Furious franchise released its ninth canonical film, F9, on June 25, 2021. In a bid to outdo the previous films, our car-driving heroes one-up their crazy antics by ... going to space. Yes, you read that right. The evolution from the original movie, a paint-by-numbers action flick about street racing, has been something to behold. In the Fast and Furious cinematic universe, there’s a little something for everyone: some fans love it for its schlocky fun, others say the series is really a meditation on the American Dream.

“Fast takes the unrealistic and makes it commonplace ... A film could try to do what Fast does, but it will be unbelievable because it hasn't earned that.” John Cena told Entertainment Weekly ahead of F9’s release. “It's almost like the audience winking at the screen being like, ‘Of course you guys are going to do that.’ And Fast isn't afraid to occasionally wink [back] at the audience to say, ‘Thanks for allowing us to do this,’ which is a really good trait of any form of entertainment — never take yourself too seriously.” There’s definitely an audience ready to wink at the screen: all in all, the franchise has made $5.9 billion dollars.

But if you’re new to the Fast family and wondering what all the fuss is about, it’s a lot to take in. The universe is sprawling and confusing; there are prequels and short films, and the timeline is pretty screwy. Plus, the franchise loves to play with narrative norms: retconning is commonplace, dead characters magically come back to life on the regular, and villains become heroes and vice versa. It’s ridiculous, but it’s also joyous fun. So if you want to finally take the plunge into the series before the series ends with a 10th and 11th film and more potential spinoffs, here’s a primer on which ones should you watch and in which order. (Except for the Netflix animated series, which is in the same universe but with a totally different story aimed at kids. Like we said, it’s a sprawling and confusing world.)