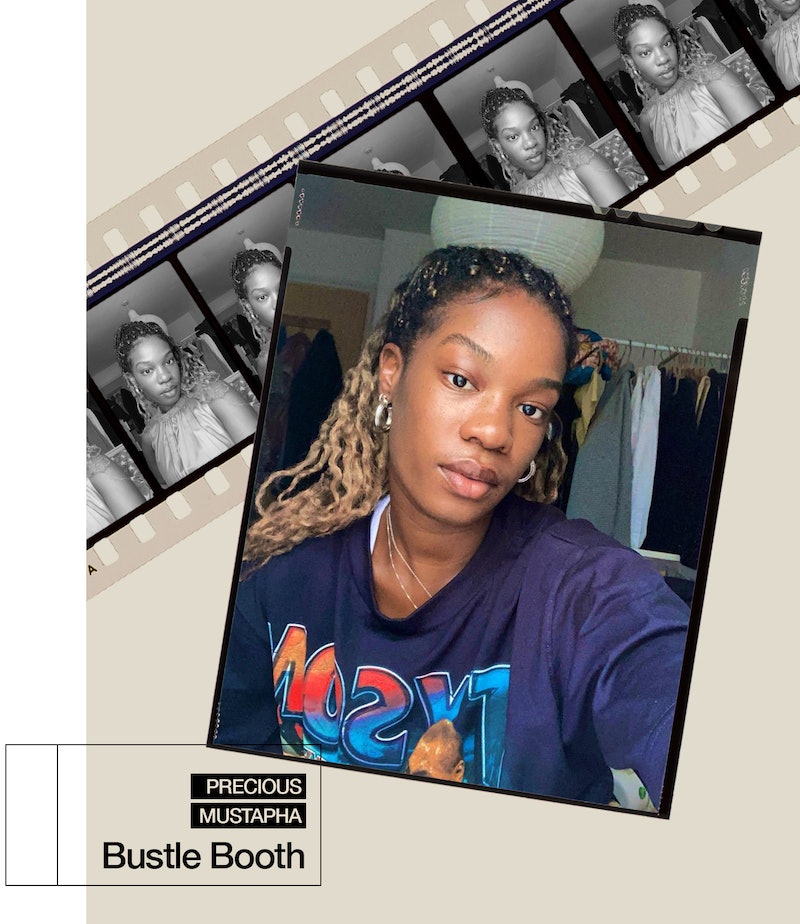 “I was a huge fan of The Vampire Diaries when I was younger. I mean, I was a ridiculously obsessed fan,” Precious Mustapha tells me over a video call. We're discussing fantasy dramas, with the 23-year-old actor having just made her big debut in Fate: The Winx Saga, a show all about magic and otherworldly creatures.

While starring in a huge Netflix show is exciting enough, this opportunity was extra special for Mustapha, as Fate was developed by Brian Young, the same writer and producer who cut his teeth on Vampire Diaries all those years ago.

In Fate, Mustapha plays Bloom's roommate Aisha, a strong-willed and conscientious member of the Winx suite whose powers are all to do with water. Sadly, though, the thrills and adventures we see Mustapha take part in on screen are a far cry from the day-to-day mundanity of third lockdown in the UK.

“This lockdown has been the worst I think, because I thought we were getting out of it… and then we're back in it,” she tells me from home in London, where she has spent most of the three lockdowns. So how has she been managing it?

“I've been trying not to be on my phone as much and trying to stay off [social media] a bit more,” she explains. “I think it's so easy to just pick up your phone and fall into the trap of scrolling through social media.

“I've also been checking in with friends a bit more,” she adds. “Because I think this third lockdown is probably harder on some than others, I've been trying to check in. And spending time with my family, too. Because the pandemic, I hope, will only happen once in a lifetime, so it's the only time we're gonna get to actually not do anything and just be.”

Like the rest of us, catching up on Netflix has been on the to-do list too. “Obviously Bridgerton” was top of the list, she says, and Mustapha was “very pleased” to see the success Fate had on the platform too.

Despite Fate knocking Shonda Rhimes’ show off the top spot, Mustapha says she looks to the Shondaland producer, as well as other established names such as Regina King and Issa Rae, as inspiration for carving creative space for Black representation in a white-dominated industry.

“I believe you should always pass the torch on, and open doors for others so that everyone is able to be seen,” she tells me. “For me, the reason why Regina King is such an inspiration is because I feel like she's in a position of power now, where she can create that change and open doors for younger women. I'm looking up to her, and I think, ‘Oh, yeah, I can do that one day. Maybe I can be in a director's chair, or maybe I can produce something.’ I feel like we're getting there in the industry, but it's just happening so slowly. It's important to feel like you're being represented, to be seen and to be represented on screen.”

Get to know more about Mustapha with her Bustle Booth questionnaire below.

Decaf oat latte (sounds ridiculous). It’s only because I love the smell and taste of coffee but caffeine makes me feel like a Duracell bunny.

Aries. Fiery through and through (but a softie at heart).

“Is there some reason that my coffee isn’t here? Has she died or something?” – from the icon that is Miranda Priestly in The Devil Wears Prada.

Listen, Fillmore is one of the best cartoons to date. Criminally underrated. Justice for Fillmore!

Lovecraft Country is up there as one of my favourite TV shows of all time. The acting. The writing. The nuance. We love to see it.

I don’t really have idols, but I do admire Issa Rae. She’s a huge reason why I got into acting because I used to watch her YouTube web series when I was in secondary school. Insecure is my favourite show on the planet.

Gogglebox. Being paid to sit and watch TV all day? Yes please. Sign me up!

"Bet On It," High School Musical 2. I know every single word.

What Regina King did with One Night in Miami is truly magical, and I think it’s about time Black women are given the freedom and platforms to express ourselves authentically. Black women inspire me always.

That I’m nurturing and kind. That I don’t take myself too seriously, and that they can always be their true authentic selves around me without the fear of judgement.

More like this
'That '90s Show' Star Callie Haverda Got Advice From Mila Kunis & Ashton Kutcher
By Brad Witter
Twitter Is Burning As Phoebe Dynevor Reveals Daphne’s 'Bridgerton' Exit
By Sophie McEvoy
Helena Bonham Carter Doesn't Think 'The Crown' “Should Carry On"
By Sam Ramsden
Everything To Know About The 'Daisy Jones & The Six' TV Series
By Maxine Harrison and Brad Witter
Get The Very Best Of Bustle/UK
Sign up for Bustle UK's twice-weekly newsletter, featuring the latest must-watch TV, moving personal stories, and expert advice on the hottest viral buys.