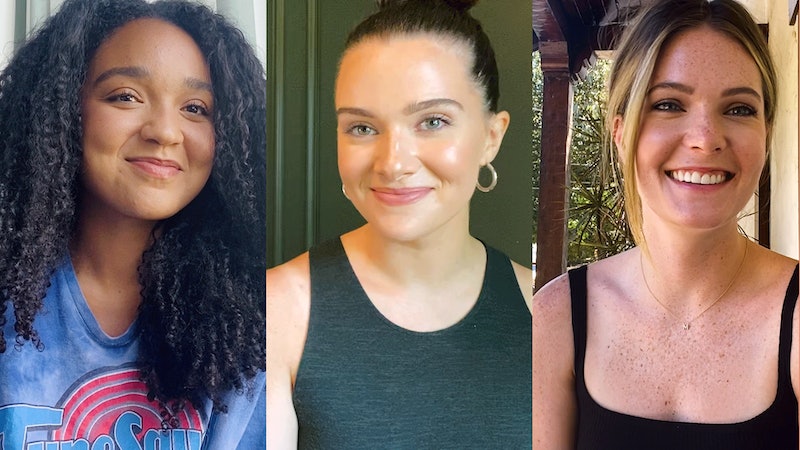 Freeform's The Bold Type isn't entirely realistic. In fact, one of Bustle's own once described it as "a glossy magazine fever dream."

"It exists in a world that's familiar with the dire state of the industry and is desperate to engage with it," writes Ivana Rihter. "Yet still manages to depict it as infinitely more glamorous onscreen. Yes, most writers aren’t borrowing gowns from the fashion closet and showing up at their editor-in-chief’s house to chat, but the show is still deeply indebted to its real-world inspirations, even if they're a little idealized for TV."

Despite that honest assessment of the show's overall vibe, critics and viewers also agree that despite the romanticized or idealized scenarios on the show, the characters feel unapologetically real. It follows along with characters played by trio of millennial women — Jane Sloan (Katie Stevens), Kat Edison (Aisha Dee), and Sutton Brady (Meghann Fahy) — living in New York City and working at Scarlet, a fictional woman's magazine. The three women navigate their careers in lives on different paths, but many — especially young women working in media — say their respective roles very, very real.

The show hit it's stride in summer 2020, and Bustle caught up with Stevens, Dee, and Fahy in their home to talk about what to expect. The trio discuss how they’ve been spending their time in quarantine, empowering storylines, and what to expect from the ambitious Scarlet team in the future. Check out their virtual interviews above to find out more.

More like this
Owen Thiele Asked Sundance Attendees About Films That Don’t Exist
By Grace Wehniainen
Erika Jayne's Estranged Husband Tom Girardi Has Been Indicted On Fraud Charges
By Jake Viswanath
Melanie Lynskey Met Her Husband Jason Ritter While Filming 'The Big Ask'
By Alyssa Lapid
'RHOSLC’s Heather & Whitney Are Still On A “Friendship Break” After Season 3 Reunion
By Jake Viswanath
Get Even More From Bustle — Sign Up For The Newsletter
From hair trends to relationship advice, our daily newsletter has everything you need to sound like a person who’s on TikTok, even if you aren’t.