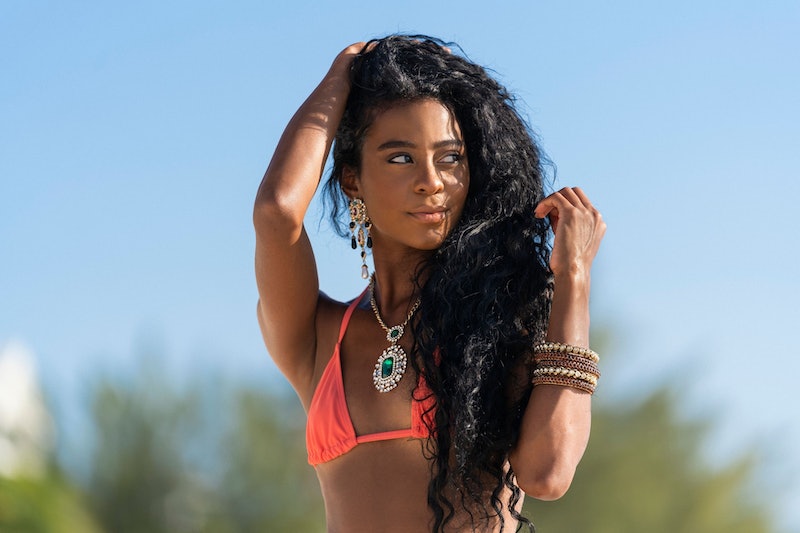 HBO Max’s new reality series FBoy Island has everything you could want from a dating show: absurd concept, enticing cash prize, and lots of hot people on a beach. The series centers around three women looking for love, but with a catch: half of their 24 male suitors are self-described “nice guys” who say they’re genuinely looking for a relationship, while the other half are “fboys” who just want a chance at winning the $100,000 prize.

One of the women trying her luck is 28-year-old Nakia Renee. In an interview with People, she said that she’s made the mistake of catching feelings for fboys in the past, but prefers to date one person at a time and thinks of herself as a “hopeless romantic.” Ultimately, she’s searching for true love and someone she can build a life with. It remains to be seen if she’ll be able to find a serious romantic partner on a show that’s literally called FBoy Island, but Nakia’s goal in signing up for the show was to get out of her comfort zone. What better way to do that than dating 24 men at the same time?

Get to know more about Nakia below.

The 28-year-old lives in Los Angeles, where she’s building a career as a singer/songwriter. Her music, while definitely pop, has been described as taking “influences from Afropop, R&B, and soul music.” She released a single in October 2020 called “Just Like Me.” The music video for the song has amassed over 60,000 views on YouTube so far.

In addition to her music career, Nakia works as a hairstylist and makeup artist. She’s showed off various hairstyles and makeup looks on her Instagram feed, and has also posted a handful of videos about hair on YouTube.

On her Instagram page, Nakia mostly posts pictures of herself, including professional photos and selfies as well as photos and videos related to her music career. Her account, @nakia.renee, has just under 15,000 followers as of publication. She’s also been posting recently about the upcoming premiere of FBoy Island. “This is by far the most unexpected blessing,” she captioned a photo of her jumping on top of a car in front of a billboard for the show. “I used to have visions of being on a billboard but I never thought it would actually happen. Ahhh, all the feels! The crazy thing is this opportunity came to me. I was never even looking to be on a show and here I am on a billboard for one. Thank you God for being with me even on Fboy island! And thank you to everyone involved and everyone that made it possible! Blessed and extremely thankful!”

In addition to Nakia’s love of making music, she also has a passion for dance — as further evidenced by her Instagram feed, where she’s posted numerous videos of her in dance class. She also told People that she loves hiking, going to the beach, traveling, and spending time with friends and family.