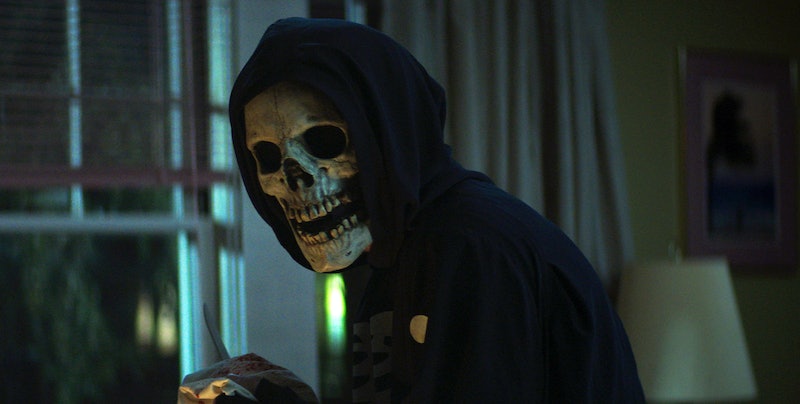 This week, Netflix is rolling out the first film in its Fear Street trilogy — three interconnected stories based on Stine’s popular series of the same name, starting with Part 1: 1994. Those familiar with the books know the gist: Shadyside is an unlucky town plagued for centuries with strange and heinous crimes, some caused by paranormal forces.

To call the Fear Street books a “series” feels like an understatement, as there are over 60 books published within the Fear Street universe. Some are spin-offs of earlier stories, or reference previously established characters, but the books aren’t all connected in a linear way. Still, they share the same cursed setting — and usually center on the town’s teenagers. True to Stine’s emphasis on young adults, it’s the young residents of Shadyside who bear the brunt of the curse.

With Netflix’s Part 1: 1994 already streaming, and Part 2: 1978 and Part 3: 1666 slated to premiere in the next two weeks, it’s high time to catch up on the Shadyside curse and the Fear Street universe. Below, a crash course.

The curse goes back to the Salem Witch Trials

The Shadyside curse originated back in the 17th century, during the Salem Witch Trials. In the books, what began as a domestic issue soon spiraled into chaos after two women from the Goode family — Susannah Goode and her mother, Martha — were wrongly convicted as witches and burned at the stake by members of the Fier family. Though Susannah and Martha were falsely accused, there were ties to witchcraft within the Goode family — and those magical relatives hexed the Fiers in retaliation. The curse followed the Fiers even after they moved to Shadyside, where the titular Fear Street was named after them (they eventually changed their name from Fier to Fear).

Every teenager living in Shadyside has been affected by the curse at some point. And there isn’t just one type of “evil” that inflicts them: paranormal or not, Shadyside is ridden with all kinds of malevolence. In addition to being the curse’s main victims, the town’s teenagers are also the most determined to end the curse.

The curse has afflicted Shadyside for centuries

R.L. Stine first revealed the curse’s origins in a trilogy of Fear Street books, known as the Fear Saga: The Betrayal, The Secret, and The Burning. These were set in the 17th century, and appear to be in the inspiration for the third of Netflix’s films — Fear Street Part 3: 1666.

Like Stine’s books, though, the movies won’t spend the bulk of their time in the olden days. The first two flicks are set in 1994 and 1987, respectively; together, the trilogy shows the full scale of the Shadyside curse and how it has manifested over the years.

Shadyside and Sunnyvale are crosstown rivals

Shadyside and Sunnyvale are antitheses of each other. Shadyside, known as “Killer Capital U.S.A.,” is the primary target of the curse and is disproportionately afflicted with malfeasance. This contrasts with Sunnyvale, an affluent town billed as one of the safest places in America. How Sunnyvale and Shadyside interact is laid out in-depth in Netflix’s trilogy, but Sunnyvale may not be as innocent as it seems.