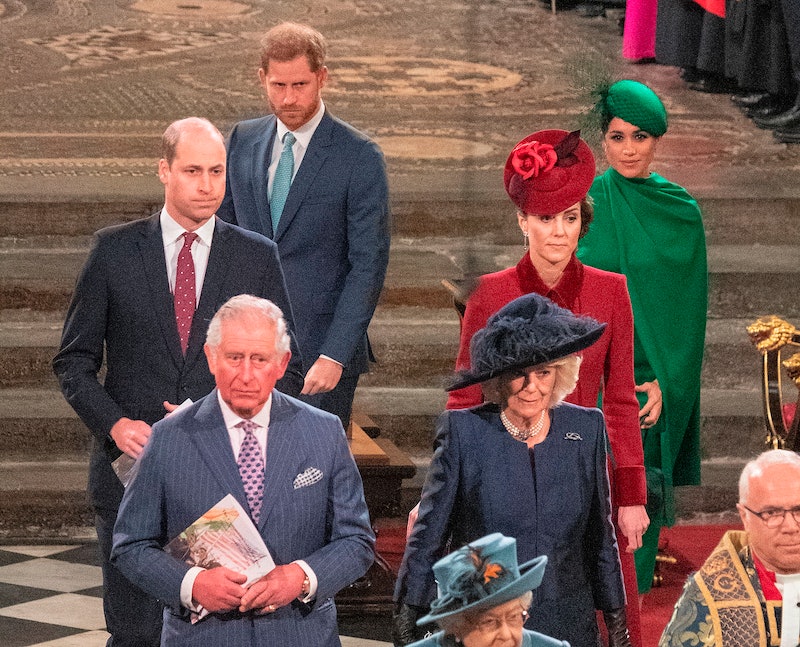 It's the week we've been waiting for, Finding Freedom: Harry and Meghan and the making of a modern Royal family is out today – and it's already making headlines. Chronicling the "deepening rift" between the couple and Buckingham Palace, serialised excerpts in The Times pre-publication have indicated that the biography will address rumours and reveal new information.

Written by royal reporters Carolyn Durand and Omid Scobie, it's been made clear that neither Harry nor Meghan were interviewed or contributed to the biography. "The book is based on the authors' own experiences as members of the royal press corps and their own independent reporting," a spokesperson for the Sussexes said in a statement.

Per BBC News, Durand and Scobie consulted with contacts close to the Royals, including "Buckingham Palace for the Queen, Kensington Palace for William and Kate, and 'the Sussexes' for Harry and Meghan."

Finding Freedom presents a number of theories that have neither been confirmed nor denied by the Duke and Duchess of Sussex. So, what does the biography suggest about the couple? Here are 11 of the most interesting claims.

This article was originally published on July 28, 2020