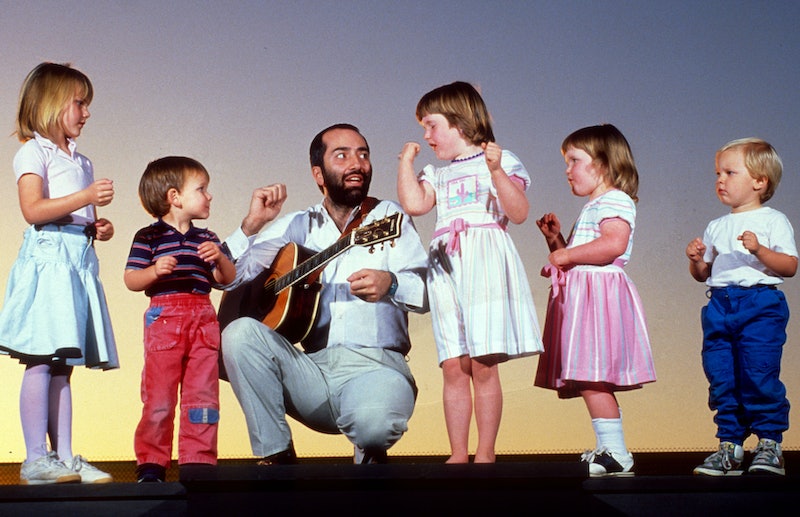 Does the phrase “Baby Beluga” bring on a rush of nostalgia? If you were a kid in the ’80s and ’90s, it probably does — and you have children’s musician Raffi Cavoukian, known mononymously as Raffi, to thank for it. The cherished figure is the subject of Fatherly’s new podcast, Finding Raffi.

The 10-episode series, hosted by Scattered’s Chris Garciaco and co-produced by iHeartRadio and Rococo Punch, promises to trace the Armenian-Canadian folk singer’s journey to international stardom, while also examining how he championed climate activism and social justice with his music. “So how does a man in a Hawaiian shirt, a pair of moccasins, and an acoustic guitar shape the world view of a generation?” Garcia asks in Finding Raffi’s trailer. “He does it by reaching out and connecting with them from the very beginning — as children.”

The show will feature guests who were enamored with “the voice behind some of the happiest songs of our generation,” including environmental activist Philippe Cousteau, MSNBC commentator Chris Hayes, and children’s book author Meena Harris. But perhaps the biggest treat for Raffi fans is that the musician himself has participated in the project. In the trailer, Cavoukian gives an idea of what he’ll discuss on the show. “Throughout my career, I went out of my way to learn about young children. Who are these impressionable young beings who happen to be fun and spontaneous and, at times, more than we could handle?” he says. “Every human being wants to feel respected, without exception. And when we start with young children, all good things can grow from there.”

The first episode of Finding Raffi, “The More We Get Together,” is now available on iHeartRadio and wherever you listen to podcasts. Episode 2 will be released on Jan. 20, and further episodes will premiere weekly, on Tuesdays.