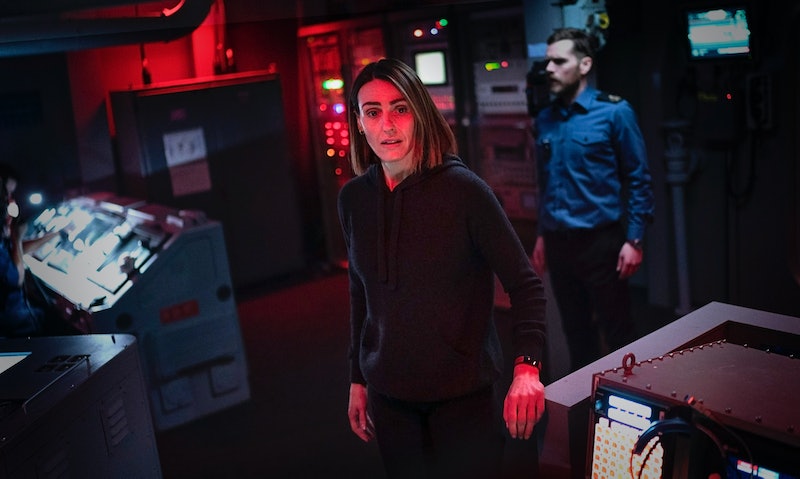 As the film and television industry begins resuming production following the COVID-19 outbreak, a first look image of the BBC's Vigil has been released. The teaser features Suranne Jones and Shaun Evans as DCI Amy Silver and Chief Petty Officer Elliot Glover, and filming of the new drama has started up once again in Scotland.

The production will adhere to comprehensive production protocols and all current government guidelines to ensure the series is produced in a safe and responsible manner during this time of global pandemic.

Written and created by the Bafta-nominated Tom Edge — best known for his work on Judy and The Crown — the series centres around the mysterious disappearance of a Scottish fishing trawler and a death on-board a Trident nuclear submarine. An investigation led by DCI Amy Silva (Jones) brings the police into conflict with the Navy and British security services, and delves into a conspiracy that threatens Britain’s nuclear deterrent.

"Amy Silva is a brilliantly complex character, thrown into a highly charged situation where her authority is weakened. We watch as she navigates her own personal trauma and loss, all at a time when she’s questioning her relationships and life choices. It feels fresh and relevant and I can’t wait to start filming," the actor commented.

Elsewhere, Tom Edge, who penned the BBC drama, revealed he was "completely thrilled" to be working on the series, and shed some light on what viewers can expect.

"The ‘Continuous At Sea Deterrent’, better known as ‘Trident’, has been a contentious part of national life for half a century now, a stock of nuclear missiles kept hundreds of feet below the sea surface. But this world has rarely been explored on screen," he explained, adding "I can’t wait to take a BBC One audience down with us, into the pitch-black icy waters of the unseen Atlantic, where tomorrow’s geopolitical struggles are already being played out."