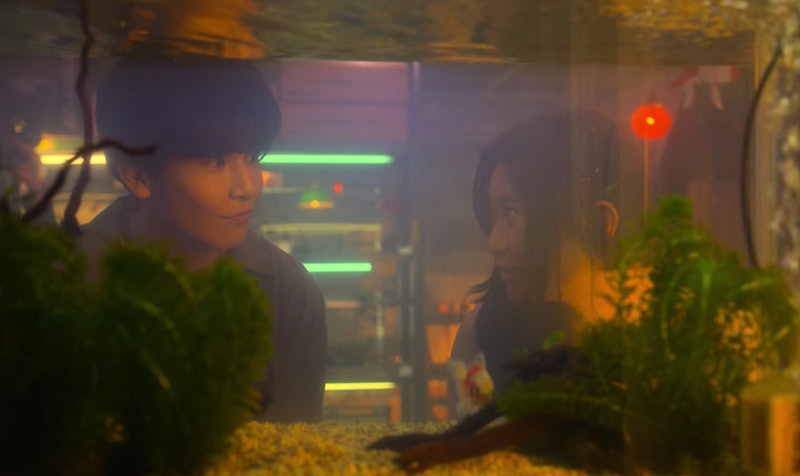 Is there ever a good reason to cheat? This is the question at the heart of Netflix’s raunchy Japanese drama Fishbowl Wives, which follows six different unhappy housewives who all live in the same building and get involved in their own extramarital affairs. The series primarily centers around housewife Sakura (Ryoko Shinohara), who has a seemingly perfect life but is abused by her husband behind closed doors. She feels like a goldfish trapped in a bowl — hence the title of the show — until one day she meets a fish store owner, Haruto (Takanori Iwata), who makes her feel loved again.

Fishbowl Wives is based on a nine-volume adult manga series by Kurosawa R, and the first season of the show seems to roughly cover what happens in the comic. Each of the wives’ tales are left open-ended, but they’ve all found their own versions of happiness after a two-year time skip. This makes the story feel pretty complete, so it’s unlikely that Fishbowl Wives will return for a second season. Like Korean dramas, Japanese dramas tend to last only one season; there are exceptions to this, like Netflix’s popular Midnight Diner: Tokyo Stories series, but romance shows are typically short.

Still, the series notably delves into a number of important questions about unhappy marriages and divorce, which has risen in Japan over the last few decades but is still generally frowned upon. A woman who’s divorced once is often labeled “batsuichi,” which translates to “strike one” or “a name struck from the family register.” Per The Atlantic, Japanese women are expected to leave the workforce and raise children when they’re married, making it difficult for many of them to find both acceptance and well-paying jobs even if they are able to leave their husbands. (It’s even worse if the woman has children, as men are usually not expected to pay child support). We see this unfold with Sakura, whose journey towards happiness includes not only figuring out how to divorce her husband, but also how to get back to working at her own hair salon, a dream she abandoned after getting married.

While also dramatic and smutty, Fishbowl Wives ultimately challenges the stigma surrounding women who are caught in these difficult situations. “In today's world, where various environmental changes occur in our daily lives, the way we face human relationships may be changing,” Kazutaka Sakamoto, the executive director of content acquisition at Netflix, told entertainment site Natalie. “One of the attractions of [Fishbowl Wives] is the mixture of new perspectives and values.”

More like this
'The Queen’s Gambit' Season 2 Tweet Wasn’t From Anya Taylor-Joy
By Mary Kate McGrath, Jack Irvin and Grace Wehniainen
Netflix Shut Down 'Bridgerton' S3 Rumours About A “Very Dark” Storyline
By Bustle
Everything To Know About A Potential 'Lockwood & Co.' Season 2
By Gretchen Smail
Everything To Know About 'Cobra Kai' Season 6
By Brad Witter
Get Even More From Bustle — Sign Up For The Newsletter
From hair trends to relationship advice, our daily newsletter has everything you need to sound like a person who’s on TikTok, even if you aren’t.