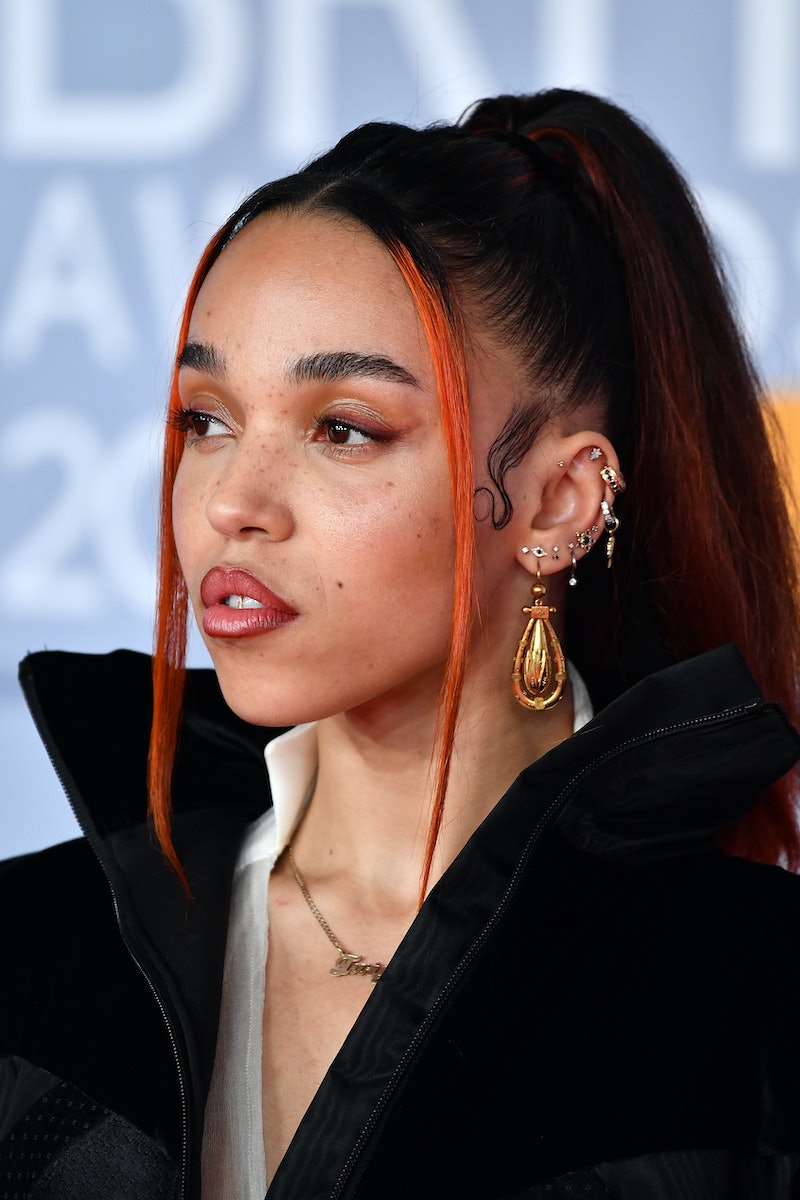 On Friday, Dec. 11, 2020, FKA twigs (née Tahliah Debrett Barnett) filed a lawsuit against Shia LaBeouf, whom she started dating in 2018 after being cast in Honey Boy. According to The New York Times, the suit detailed allegations of "relentless abuse" that transpired during their relationship. The singer also explained that her reason for coming forward was to "raise awareness on the tactics that abusers use to control you and take away your agency." LaBeouf has since claimed that “many of these allegations are not true."

As stated in court documents filed with the Los Angeles Superior Court, their relationship started with a honeymoon phase marked by his "over-the-top displays of affection." Soon after, LaBeouf allegedly instituted rules about how many times she had to kiss or touch him each day. If she didn't meet those standards, he allegedly went on diatribes against her. Further, he allegedly disapproved of her speaking to other men, made moves to isolate her from her home and professional circle, wouldn't let her wear clothes to bed, and knowingly gave her a sexually transmitted disease.

February 2019 marked another alleged incident. According to the lawsuit, after spending a week in the desert, which allegedly included a night in which the actor woke her up and choked her, LaBeouf threatened to crash their car unless she told him she loved him. FKA twigs said she begged to be let out of the car, but he later screamed at her and threw her against the vehicle in a gas station parking lot.

The "Cellophane" singer admitted that she did not go to the police before because she was worried about damaging his career and didn't think she would be taken seriously as an unconventional artist and woman of color. Eventually, with the help of a therapist and careful planning, she said she could leave LaBeouf.

"What I went through with Shia was the worst thing I’ve ever been through in the whole of my life,” she told The New York Times. “I don’t think people would ever think that it would happen to me. But I think that’s the thing. It can happen to anybody.”

Stylist Karolyn Pho, another one of LaBeouf's exes, also detailed alleged instances of abuse within the lawsuit. Speaking about how LaBeouf allegedly headbutted her so hard she bled, Pho stated, “So much goes into breaking down a man or woman to make them OK with a certain kind of treatment."

The Transformers actor gave a general statement to The New York Times, saying:

“I’m not in any position to tell anyone how my behavior made them feel. I have no excuses for my alcoholism or aggression, only rationalizations. I have been abusive to myself and everyone around me for years. I have a history of hurting the people closest to me. I’m ashamed of that history and am sorry to those I hurt. There is nothing else I can really say.”

After the paper followed up and asked LaBeouf to respond directly to the lawsuit, he stated that "many of these allegations are not true" but said he owes FKA twigs and Pho "the opportunity to air their statements publicly and accept accountability for those things I have done."

If awarded damages, FKA twigs intends to donate a portion of that money to domestic violence organizations.