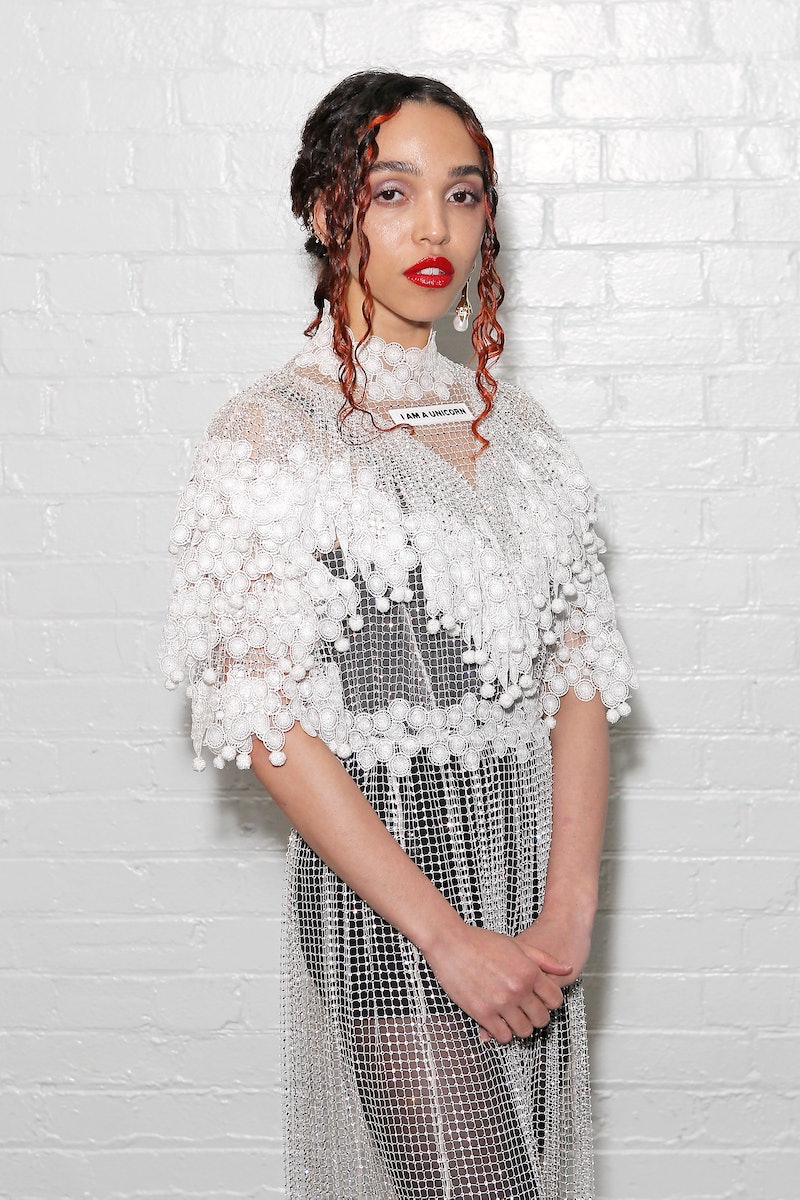 FKA twigs is ready to keep telling her story. The singer opened up about her relationship with Shia LaBeouf in a new interview for ELLE, published on Wednesday, Feb. 17, saying that it felt like being "boiled to death" at times. "If you put a frog in a boiling pot of water, that frog is going to jump out straight away,” she said, analogizing her experience. "Whereas if you put a frog in cool water and heat it up slowly, that frog is going to boil to death. That was my experience being with [LaBeouf]."

This comes months after FKA twigs filed a lawsuit against LaBeouf alleging "relentless" physical and verbal abuse during their relationship and claiming he infected her with an STD that he didn't tell her about beforehand. In a statement to the New York Times, LaBeouf claimed that "many of these allegations are not true."

The former couple first met on the set of the 2019 film Honey Boy, in which LaBeouf plays his own father in a semi-autobiography of his life. In the ELLE interview, twigs said the beginnings of her and LaBeouf's relationship felt great, but she later recognized that his grand gestures of affection, called "love bombing," were a subtle manipulation technique that disarmed her against future abuse. Twigs told the magazine that he would send her multiple floral bouquets per day for more than 10 days straight, with every batch saying "more love." "It was a bit too much," she remembered. "It felt uncomfortable. I look back now, and it feels like really aggressive love."

After moving into his Los Angeles house in 2018, twigs said the abuse and manipulation escalated quickly. LaBeouf allegedly put rules in place on how he wanted her to show him affection each day and would verbally berate her when she didn't meet those requests. The actor gradually isolated her from friends and family, with FKA twigs describing one instance when he started arguing with her after hearing her laugh with a friend on FaceTime:

"He said he doesn’t make me laugh like that, so then I had to hide laughing with my friends. It’s [about] isolation, so I don’t talk to my friends. He hated that I had an experience to myself [with] something that didn’t involve him, a memory that gave me joy. He made me feel like I wasn’t allowed joy, basically. That’s what it boils down to: I wasn’t allowed joy unless it directly revolved around him."

The singer also claimed LaBeouf specifically showed her disturbing documentaries of women being violently raped and murdered and even bragged about shooting stray dogs to prepare for his 2020 film The Tax Collector. She recalled, "I said to him, ‘That’s really bad. Why are you doing that?'" She continued, "He was like, ‘Because I take my art seriously. You’re not supporting me in my art. This is what I do. It’s different from singing. I don’t just get up on a stage and do a few moves. I’m in the character.’ He made me feel bad, like I didn’t understand what it was like to be an actor."

Twigs also described how race played into their relationship, saying that LaBeouf told her she was only cast in Honey Boy because they needed a Black woman for diversity. She then criticized him for aligning with Black artists to frame himself as an "ally." "I’m half Black, and yet he’s being hailed as an ally of the Black community during Black Lives Matter?" she wondered. "I’ve woken up to him strangling me multiple times. I’ve not been able to breathe at his hands."

As FKA twigs' lawsuit details, their relationship came to an end after Valentine's Day in 2019, which they spent in the desert. LaBeouf allegedly raged at her while driving home, leading the singer to demand he let her out of the rapidly speeding car. After taking her bags from the trunk, he allegedly threw her against the car, screamed in her face, and forced her to get back in. That incident is what made her start the process of leaving him, and eventually, what made her speak out in December 2020. "What I went through with my abuser is, hands down, the worst thing [I’ve experienced] in the whole of my life," she told ELLE. "Recovering has been the hardest thing I’ve ever tried to do."

On Thursday, Feb. 18, CBS will air an interview in which FKA twigs further details her relationship with LaBeouf.

More like this
Who Is Bad Bunny Dating? Gabriela Berlingeri's Vocals Are Featured On His Song "En Casita"
By Radhika Menon
Twitter Is At Odds Over Taylor Swift’s Possible ‘All Too Well’ Oscar Run
By Brad Witter
Christina Perri Had No Idea Her 'Twilight' Song Is On YouTube's Top 100 Chart
By Radhika Menon
Lady Gaga Will Star In 'Joker: Folie À Deux' With Joaquin Phoenix
By Jake Viswanath
Get Even More From Bustle — Sign Up For The Newsletter