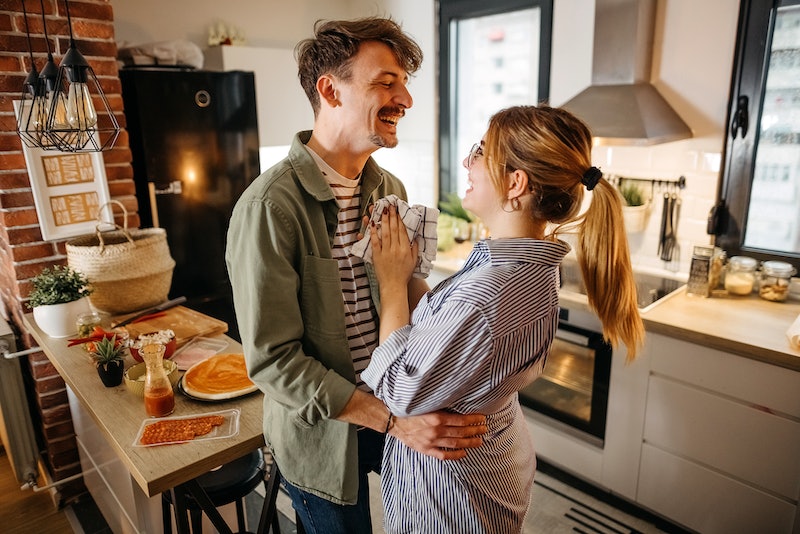 If you thought modern romance couldn't get any worse, I have some bad news: there's a new dating trend called love bombing, and this awful behavior is way scarier than it sounds. Essentially, love bombing is when someone — typically a new partner — showers you with extreme amounts of affection and love right off the bat in order to win you over. Then, once you're settled into a relationship, they'll withdraw all that affection and show their true colors... which usually includes manipulative and controlling behavior.

"Love bombing is an effective tactic because everyone wants to feel good," Jonathan Bennett, Dating/Relationship Coach and owner of The Popular Man, tells Bustle. "If you’re insecure, lonely, or have been burned in the past by relationships, hearing how great you are and how much someone loves you can be literally addicting."

But once the honeymoon phase draws to a close, a partner who's love bombing you will do a total personality 180. The goal, of course, being to woo you with their extreme romance at the beginning of the relationship so that you're willing to tolerate (or totally overlook) abusive, toxic behavior that comes later on. If you suspect that your ultra lovey-dovey partner might have disingenuous ulterior motives, here are seven signs you're being love bombed.