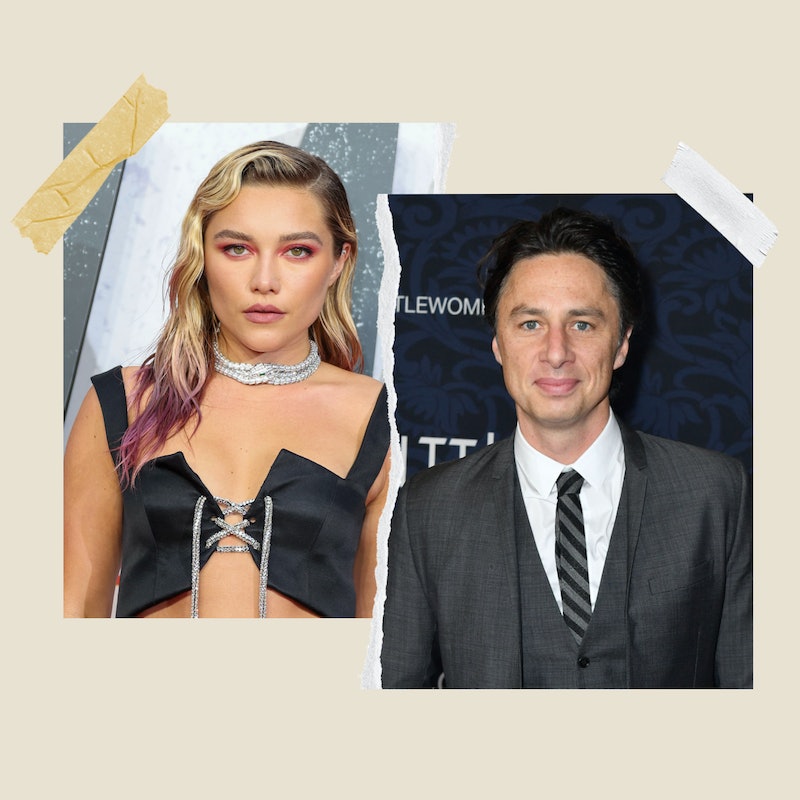 Florence Pugh has a message for the online haters: hit that “unfollow” button. During a recent interview with The Sunday Times, published on July 4, the Midsommar star spoke openly about being cyberbullied over her relationship with actor Zach Braff, who’s 21 years her senior. “It’s so weird to me to go on to someone’s page and sh*t on it,” she said, referring to the bitter comments she received before ultimately disabling her Instagram comments altogether. “That’s so not my nature — to go and bully for the sake of bullying.”

Pugh went on to say how strange it is that society has come to accept cyberbullying as the norm. “It’s such an odd thing that we’ve become OK with in the past 10 years of social media,” she continued, adding that mean comments are actually not what people want to see on Instagram. “The thing is, people want Instagram to be a nicer place, they want to see nice things,” she said. “They want to be inspired and they want to be happy. I don’t mind you not liking me, that’s absolutely fine. In which case, don’t follow me.”

This isn’t the first time the 25-year-old has addressed the negativity that runs rampant on social media. After sharing a photo of Braff in April 2020 in honor of his 45th birthday, Pugh quickly disabled her Instagram comments and posted a video message for the haters. “Within about eight minutes of the photo being posted, I had about 70% of the comments hurling abuse, being horrid, and basically bullying someone on my page,” she said. “I will not allow that behavior on my page. I’m not about that. It makes me upset. It makes me sad.”

Elsewhere in the video, Pugh explained to her followers that they don’t have the right to weigh in on her personal relationships. “I’m 24 years old,” she said at the time. “I do not need you to tell me who I should and should not love. It is not your place and really it has nothing to do with you.” Pugh then urged the haters to unfollow her page. “The abuse you throw at him is abuse you throw at me, and I don’t want those followers,” she added.

Pugh and Braff reportedly started dating in April 2019 and quickly came under intense scrutiny for their age difference. But during a 2020 appearance on the Sue Perkins: An Hour or So With… podcast, Pugh addressed the criticism head-on. “I’ve always found it funny, how I can be good enough for people to watch my work, and support my work, and pay for tickets, and I’m old enough to be an adult and pay taxes, but I’m not old enough to know who I should and should not have sex with,” she said, adding that “there’s a reason why I’m not with someone my age — It hasn’t worked.”

In hindsight, the Black Widow star knows exactly why some people on the internet are bothered by her relationship with Braff. “I think it bugs people that it’s not who they expected,” she told The Sunday Times. And when asked if she thinks fans wanted her to date someone younger, such as her Little Women co-star Timothée Chalamet, she responded honestly. “Exactly. Exactly,” she confirmed. “But it’s my life and I’m not doing anything to please people or to make it a better headline or story. I want to also be a person!”

More like this
Hilary Duff's Husband Matthew Koma Has Her Name Tattooed On His Butt
By Jake Viswanath and Stephanie Downs
RHOP’s Robyn Dixon Explained Why Juan Paid For Another Woman's Hotel Room
By Brad Witter
Pamela Anderson’s Dating & Marriage History Could Be Its Own TV Series
By Jake Viswanath
Meghan Trainor & Daryl Sabara Are Expecting Their Second Baby
By Jake Viswanath
Get Even More From Bustle — Sign Up For The Newsletter
From hair trends to relationship advice, our daily newsletter has everything you need to sound like a person who’s on TikTok, even if you aren’t.