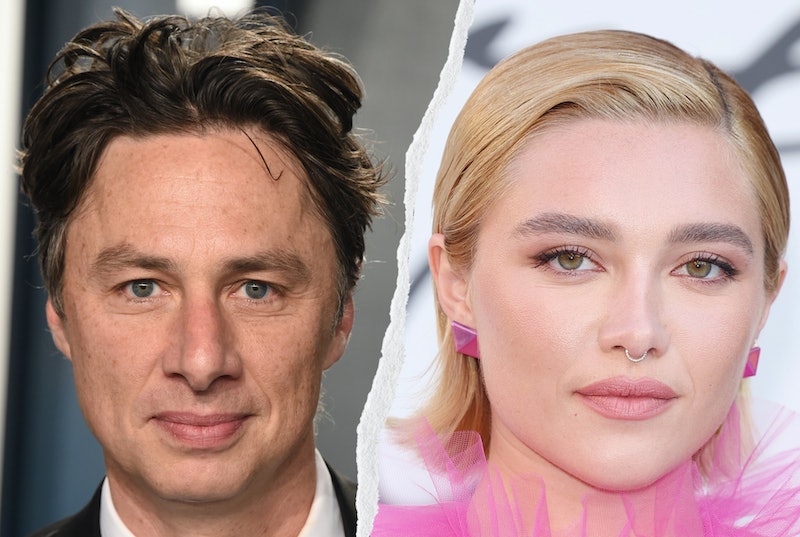 Celebrity romances remain a source of continued fascination for many. None more so than that of Florence Pugh and Zach Braff, who reportedly began dating back in 2019. However, in an August 2022 interview Harper’s Bazaar, Pugh announced to the world that she and Braff “quietly ended their relationship” earlier this year.

“We’ve been trying to do this separation without the world knowing, because it’s been a relationship that everybody has an opinion on,” the Don’t Worry Darling actor disclosed. “We just felt something like this would really do us the benefit of not having millions of people telling us how happy they are that we're not together. So we've done that ... I automatically get a lumpy throat when I talk about it,” she added.

The former couple has faced social media scrutiny throughout their relationship, with some followers commenting on the age difference between Pugh and Braff, who is 21 years her senior. Speaking on Instagram in 2020, Pugh addressed the backlash, telling her millions of followers, “I’m 24 years old. I do not need you to tell me who I should and should not love.”

Elsewhere, in a 2021 interview with The Sunday Times, the Midsommar star spoke openly about being cyberbullied over her relationship with the Scrubs actor. “It’s so weird to me to go on to someone’s page and s*** talk on it,” she said at the time.

Naturally, the internet had a lot to say about their recent breakup — and many fans have welcomed Pugh’s relationship update.

“The main takeaway from the Florence Pugh/Zach Braff split is that Florence Pugh is single again,” one fan joked on Twitter. “All due respect to Florence Pugh and her explicit desire for people to not comment on her breakup with Zach Braff but thank GOD,” another user commented.

Find some of the very best social media reactions to Pugh and Braff’s split, below.