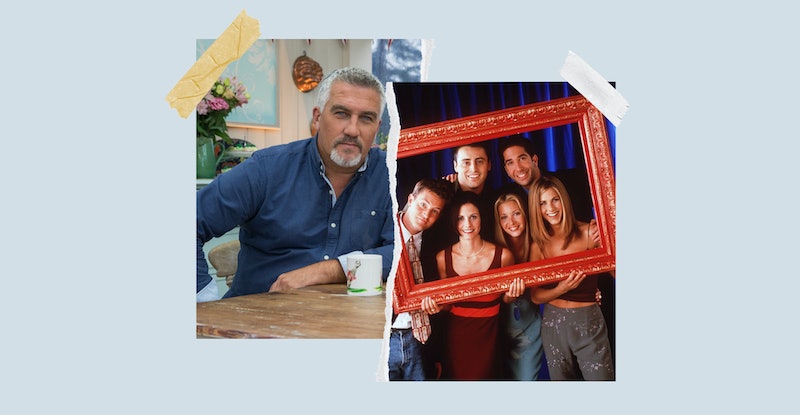 Many famous faces have graced the famous Great British Bake Off tent in aid of Stand Up to Cancer in recent years. Although, longtime GBBO judge and baking aficionado, Paul Hollywood, has claimed that one major star previously pulled out of appearing on the special edition of the show.

Speaking to Closer magazine, Hollywood revealed that actor David Schwimmer, best known for his portrayal of Ross Geller in Friends, was booked to appear on The Great Celebrity Bake Off for Stand Up to Cancer a few years back, but dropped out of the show’s lineup shortly before filming began.

“He let us down at the last minute,” Hollywood claimed, adding that he would still like to see the Friends star appear on the show in the future.

Schwimmer is yet to confirm or deny the Bake Off judge’s claims. However, the actor has previously revealed himself to be a big fan of the hit Channel 4 series. “I love it. There’s such a good spirit on that show,” Schwimmer told Radio Times. “It’s competitive, but everyone’s so lovely with each other.” Per Metro, he added, “It’s so not American.”

Although Hollywood’s GBBO revelation might come as a disappointment to some, fans have a brand new series of The Great Celebrity Bake Off for Stand Up to Cancer to look forward to.

The likes of Love Island host Laura Whitmore, Strictly Come Dancing’s Motsi Mabuse, and singer Ellie Goulding will compete in the Bake Off gazebo this time around. Speaking to Closer magazine, the show’s head judge, Prue Leith, shared her thoughts on this year’s celebrity bakers, and revealed that Olympic gold medalist Mo Farrah was “an absolute delight.”

The Great Celebrity Bake Off for Stand Up to Cancer begins on Tuesday, March 22, on Channel 4.