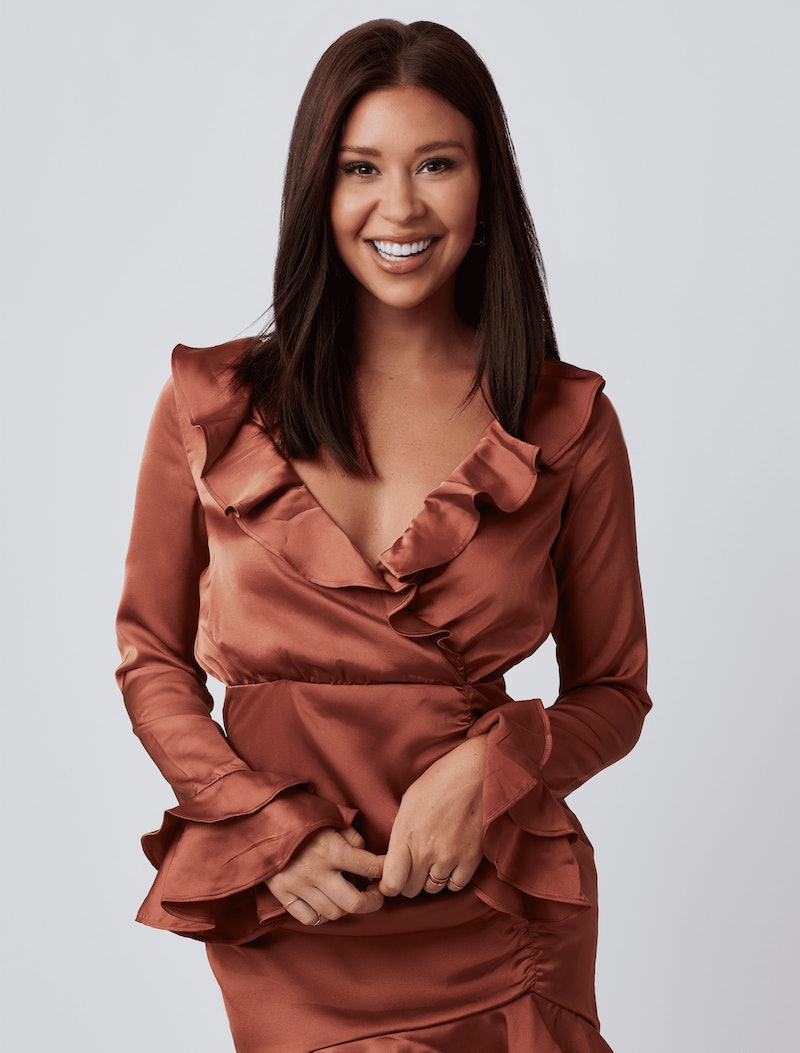 Gabby Windey already has some experience with men from Bachelor Nation. The 30-year-old, who’s set to compete on Clayton Echard’s season of The Bachelor, previously dated both Blake Hortsmann and Dean Unglert. Both men have been open about their relationships with Gabby. Blake explained on his Behind The Rose podcast that they were casual and only dated for “couple [of] months,” while Dean said on his podcast Help! I Suck at Dating that their relationship was more serious. “She was, like, one of the main exes. She was my girlfriend from college."

Still, the two both seem excited for Gabby to embark on this new journey. “She’s fun. She has a very outgoing personality, very loud, like, when she walks into a room, you know she’s in a room,” Blake said on his podcast. Dean, for his part, talked Gabby up to Bachelor producers when they called to ask what he thought of her, and is convinced that she’ll either win the season or become the next Bachelorette.

Indeed, we can already surmise that she makes it far. The trailer for Clayton’s season reveals that he falls in love with three women, one of whom appears to be Gabby, and there are multiple scenes of her and Clayton that suggest they build a strong connection. Here’s everything to know about the Denver native ahead of the premiere.

Gabby Used To Be An NFL Cheerleader

If you scroll back far enough through Gabby’s Instagram, you’ll find photos of her early days as a cheerleader for the Denver Broncos. There are posts of her cheering for the team from 2014 up through 2020, which means she was with the Bronco when they won the Super Bowl in 2016.

She seems right at home on and off the field, having posted pictures of in-game performances and behind the scenes photoshoots. However, she left the team after the 2020 season. “It’s hard to summarize my last five years of being a Denver Broncos cheerleader. I remember making the team for the first time like it was yesterday,” she says in a video posted to her feed in April 2021 marking the end of her run. “Thank you Broncos Country for giving me the opportunity to live and learn the legacy of DBC, and I promise to carry it with me wherever I go.”

According to a profile of Gabby for The Athletic, she graduated from UC Colorado Springs’ nursing school in 2013. She’s worked as an ICU nurse at the UC Health University of Colorado hospital for the last seven years in addition to cheering for the Broncos. In April 2021, she was awarded with the Pop Warner Humanitarian Award by the NFL for her work during the pandemic. The award is typically given to NFL players, making Gabby the first woman and first cheerleader to ever receive the honor.

Over the summer, Gabby seems to have taken a break and moved to California, as she posted regular pictures from Venice Beach. It’s unclear if she’s still working as a nurse, though she joked in a December post that she was “living rent free” in her parents’ basement, assumedly in Colorado.

What Gabby Is Looking For

In her ABC bio, Gabby says she wants a man with quiet confidence — which certainly sounds like Clayton. Though she doesn’t have a physical type, she needs a partner who has a personality. She’s also looking for someone who will “challenge her, communicate his feelings, and work hard to equally carry the weight of the relationship.” And above all, he must love her goldendoodle Leonardo.