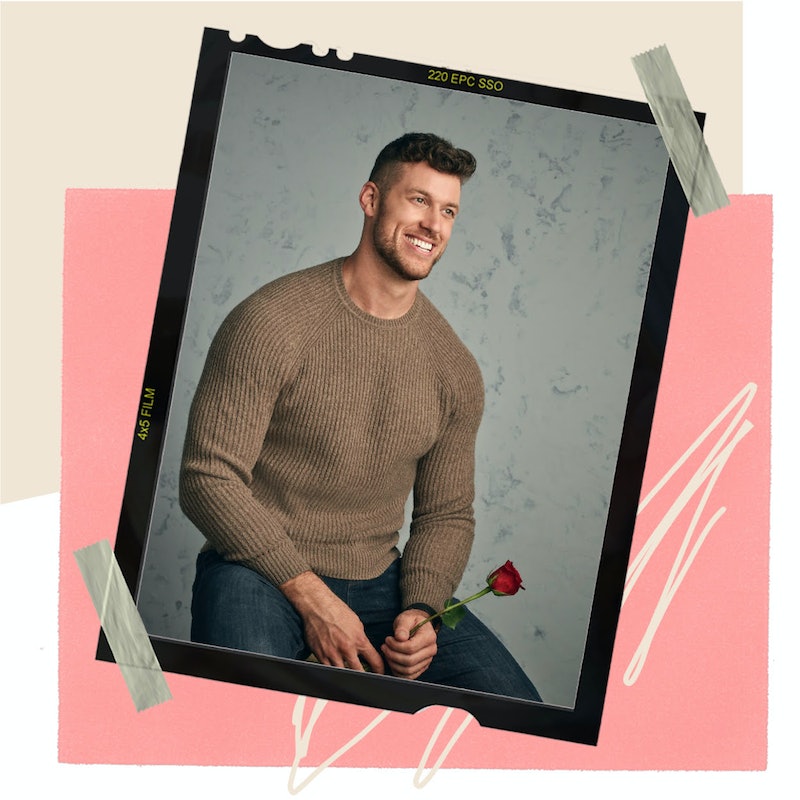 In 2015, Bachelorette fans went into a frenzy when Kaitlyn Bristowe shared a photo of her in bed with Shawn Booth via Snapchat, which spoiled Season 11 for viewers. At the time, HuffPost reported ABC was “very, very mad” at Kaitlyn’s reveal. For a while, fans thought the TV network was guilty of a similar offense after a trailer for Clayton Echard’s Bachelor season potentially unveiled his final three contestants.

A lengthy new trailer for Season 26 of The Bachelor aired during an episode of The Bachelorette: The Men Tell All on Dec. 6. The video showed clips of the contestants vying for Clayton’s love, and at one point, the mood shifted when Clayton made a shocking confession to two women.

“I just want you to know that what I’m about to say is not going to be easy to hear,” he began after ABC showed the backs of two women, one who appeared to be blonde and the other brunette. “I want to be fully, fully transparent, and I know it’s not easy to hear, but I was intimate with both of you,” Clayton continued as the faces of two blonde and brunette women were exposed. Following Clayton’s statement, the brunette walked away in tears, saying, “I’m done,” while the blonde woman also cried. “I’ve never felt pain like this before,” she said. It’s unclear if the blonde, brunette, or a different woman in question is the one heard saying, “He’s in love with all three of us?” in the video.

Prior to the Men Tell All episode, Clayton told Good Morning America viewers he “did find love” on the show and was “so pleasantly surprised that things worked out much different” than expected. Even though the official season trailer showed plenty of drama, the teaser clip caused a stir, as many wondered if the identities of Clayton’s final three women were prematurely revealed. Page Six described the video as “unusually spoiler-filled,” and based on their own research, TVInsider reported that contestants Gabby W., Genevieve P., and Rachel R. are Clayton’s final three.

However, Clayton warned audiences to be wary about who’s featured in teasers. Clayton tells Bustle that there’s multiple teasers showing different women as the potential final three contestants. “I’ve seen promos where at this point, I’ve seen nine or ten different faces of those final three,” he says. “Of course I know who they are, but as far as people saying we know who those final three are, what promo are you going off of?” Clayton knows that some fans think the season has been spoiled, but urges fans to keep watching. “It showed hardly anything,” he adds. “There was so much that … you have to ask yourself, how did that become a thing, how did he get to that point where he’s saying that? You don’t just get to that point and say that on the fly ... People feel like [ABC] showed so much, but they showed so little.”

On Dec. 6, Reality Steve also gave his “quick reaction” on Twitter about the clip. “When he’s standing there telling 2 women he was intimate w both, that’s Sarah (brunette) and Rachel (blonde). My guess this was in Vienna before he Sarah went home/was sent home & he kept Rachel,” he speculated. On Dec. 7, Reality Steve thought Gabby, Rachel, and Susie must be the final three women. “How that final 3 elimination went, I don’t know yet. What we do know is that Clayton found love this season (something he admitted on GMA), so whatever drama they want you to believe ensued from that conversation of saying he was intimate with ‘both of you’ obviously didn’t derail anything,” he added.

Turns out, that the promos all season — there have been multiple versions already — were red herrings. During the Feb. 21 episode, the four women heading into hometowns were finally revealed and some of them were unexpected frontrunners: Susie, Gabby, Serene, and Rachel. But with only a few episodes shy of the finale, Bachelor Nation has yet to see a proposal teaser, leading fans to speculate that maybe Clayton doesn’t actually get engaged.

On Feb. 21, while an episode was ongoing, Bachelor producer and notorious trickster Mike Fleiss teased a “major historic announcement.” According to him, the season is “totally spoiler-proof” and “no one knows how it will end.” The tweet further fueled murmurs about the potential lack of a Neil Lane sparkler at the end.

A couple of days before the hometown dates episode aired, Reality Steve reported that Serene would be sent home, making Clayton’s final three Susie, Rachel, and Gabby. Reality Steve also posted spoilers about the season and shared that a source told him the season will not have a “traditional ending.” That could mean he doesn’t get engaged at all. And apparently, even former Bachelor Peter Weber thinks so. On US Weekly’s Here For The Right Reasons podcast last Feb. 15, the Bachelor alum said, “My prediction is — and I hate to say — that he ends up with no one and that it was supposed to be Rachel.” He added, “[I think] she loses it. And then who knows if they all walk away or how it ends.” Peter even referred to Clayton’s previous interviews where he shared he found love. “That was very shocking to me because normally you’re not supposed to say that and give it away,” Peter said, adding it’s likely that it was a “self-love type situation” where Clayton “found himself.”

More like this
Zach Swears He Didn’t Look Up Contestants Before The Bachelor Began Filming
By Brad Witter
10 Photos Of The Wildest Limo Arrivals From 'The Bachelor' Premiere
By Brad Witter
Bachelor Zach’s “Dream Job” Has Nothing To Do With His Work In The Tech Industry
By Brad Witter
Hannah Ann Got Engaged 3 Years After 'The Bachelor' & The Proposal Was Dreamy
By Grace Wehniainen
Get Even More From Bustle — Sign Up For The Newsletter
From hair trends to relationship advice, our daily newsletter has everything you need to sound like a person who’s on TikTok, even if you aren’t.

This article was originally published on Dec. 10, 2021