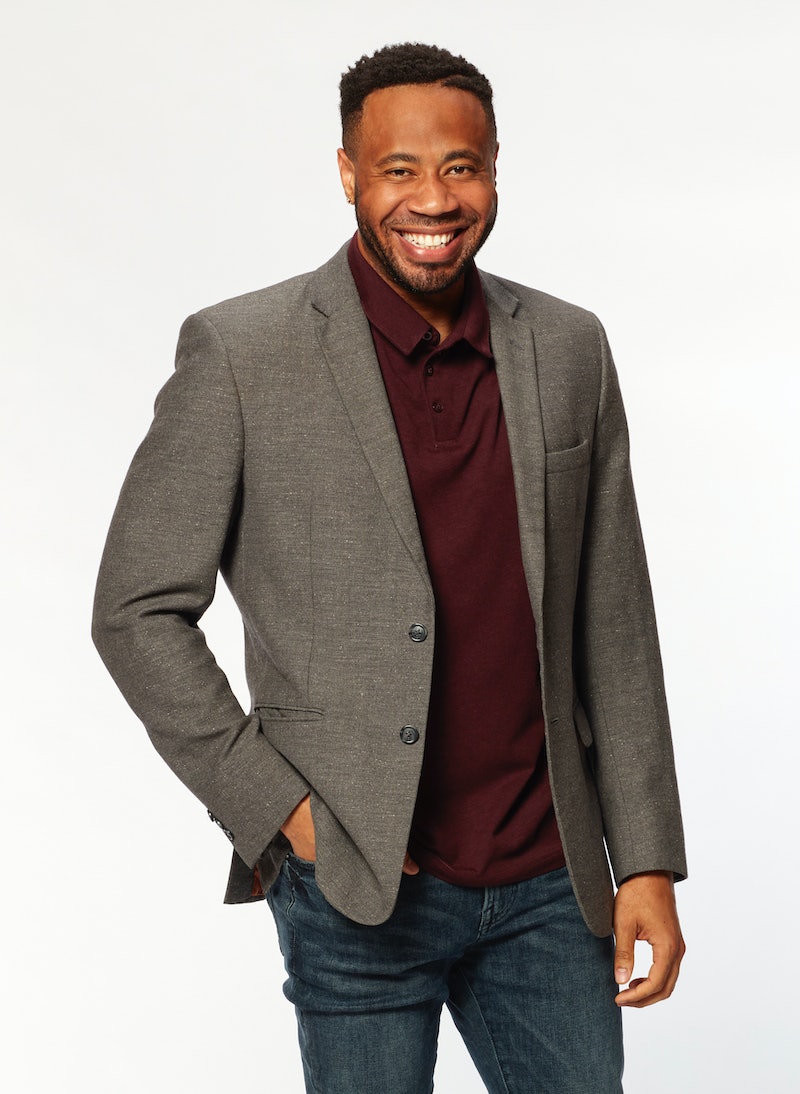 After a season spent watching a bunch of messy 20-somethings vie for Hannah B.'s affection, Clare's Bachelorette season is a breath of fresh air. There are a number of established professionals among her crop of men, including 34-year-old journalism professor Garin Flowers. According to his ABC bio, Garin is a "good ol' Florida boy" who's extroverted by nature. He "takes great pride in shaping the minds of future television reporters" and is looking for someone who has her own goals while still supporting him in his. All around, he sounds like a solid guy. Here's what else you need to know about him.

According to Garin's LinkedIn page, he became an adjunct professor at the University of Southern California in January. He also works as a freelance creator and host for Cinemark Theaters, where he screens films and interviews celebrities at junkets and premieres — when there isn't a pandemic going on, that is. Before working in the entertainment industry, Garin was a general assignment reporter for various local news stations in Florida.

Outside of teaching, Garin has a YouTube series called The Music Lounge in which he interviews influential musicians. He hasn't uploaded a video there in over a year, but he does share regular "Conversations with Garin" videos on Instagram in which he interviews people from various walks of life about social issues and being a professional.

He Once Went Viral On TikTok

Garin made a TikTok with a little toilet humor last year that garnered over 550,000 likes. He posts on the platform often and has nearly 16,000 followers.

But says in his ABC bio that the breakup helped him learn more about the kind of love he wants in his future. He's also been open (and funny) about his heartbreak on TikTok.

If it doesn't work out with Clare, at least he'll have some good TikTok material.

More like this
10 Photos Of The Wildest Limo Arrivals From 'The Bachelor' Premiere
By Brad Witter
Zach Swears He Didn’t Look Up Contestants Before The Bachelor Began Filming
By Brad Witter
The Bachelor’s Christina Mandrell Comes From One Of Country Music’s Most Famous Families
By Brad Witter
Nicole & Chris Hinted They’re Still Together After 'Married At First Sight'
By Brad Witter
Get Even More From Bustle — Sign Up For The Newsletter
From hair trends to relationship advice, our daily newsletter has everything you need to sound like a person who’s on TikTok, even if you aren’t.