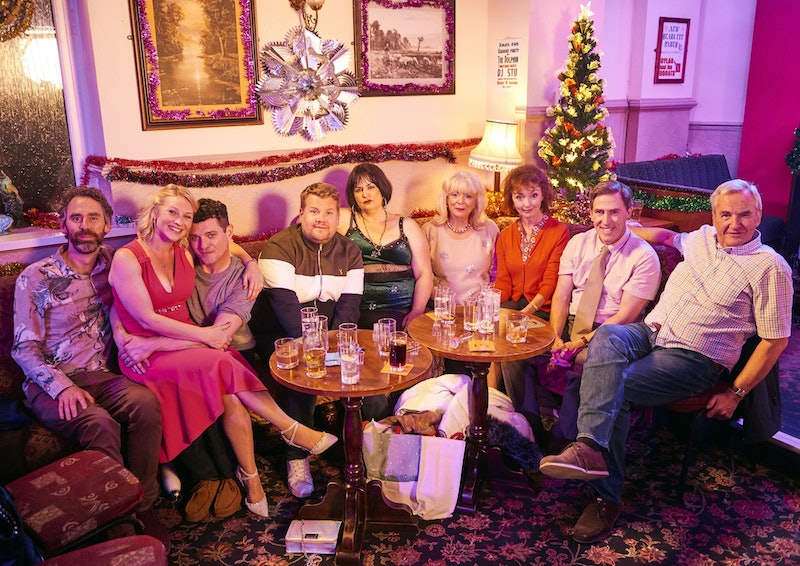 Gavin & Stacey fans, rejoice; everyone’s favourite duo from the iconic BBC show, Nessa (Ruth Jones) and Bryn (Rob Brydon) will soon be gracing TV screens once again. The pair are set to star in a BBC One comedy called Gaynor & Ray that will follow two newlyweds in their fifties.

Per Digital Spy, the 35-minute one-off special will star Jones as Gaynor, whose first marriage ended due to her husband’s ongoing infidelity, alongside Brydon as Ray, whose ex-wife said he was “impossible to live with” as they embark on a new journey together.

As well as starring in the show, Jones also co-wrote Gaynor & Ray alongside her real-life husband, producer David Peet.

The BBC official synopsis states: “In this 35-minute special we join Ray and Gaynor on their honeymoon to the Scottish Highlands where they meet a variety of characters and situations. Having only met six months ago, there are many things… that this couple keeps discovering about each other, often begging the question, have they done the right thing?”

As per the BBC, Jones and Peet said, “We’re delighted to watch Gaynor & Ray come to life on screen. Through them we get to see the male and female take on life and relationships as well as the nonsense in the day-to-day.”

Exact details, such as the release date and other cast members, are yet to be announced; but the BBC have released a teaser picture, which appears to show the actors sitting together with joined hands.

The combination of Nessa and Bryn on our screens again, even if they are not playing the characters we know and love, is enough to get any Gavin & Stacey fan excited. The iconic show, which Jones created alongside late night host James Corden, was on-air for three years and released a reunion Christmas special in December 2019.

Though there are currently no official plans for another Gavin & Stacey reunion, Brydon said in April that it was possible: “I think they might do one more special, because they left it hanging, didn’t they, with the proposal? They should crack on if they are going to do it.”

Gaynor & Ray will air on BBC One and BBC iPlayer.