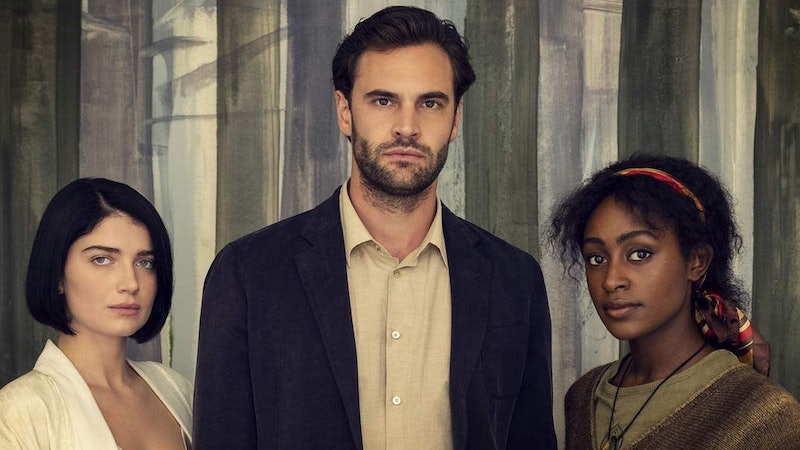 Netflix’s Behind Her Eyes series adaption premiered on Feb. 17, much to readers’ delight. The psychological thriller is based on Sarah Pinborough’s 2017 novel of the same name, which took reading audiences by surprise upon its publication and inspired a viral hashtag with its twist ending. The book opened up plenty of book club conversations about bending and blending literary genres. If your nightstand’s feeling a little light, check out these genre-bending books to read after watching Behind Her Eyes.

The series centers on Louise Barnsley (Simona Brown), a single mom who takes a part-time job working in a psychiatry practice... only to discover that her new boss, Dr. David Ferguson (Tom Bateman), is the guy she previously met and kissed in a bar. To make matters worse, he’s married. He swears that the kiss he and Louise shared was a mistake, but chemistry mixed with close proximity soon becomes a breeding ground for an affair. But even as she’s drawn into David’s arms, Louise finds herself pulled into a close kinship with his glamorous wife, Adele (Eve Hewson).

Here are the genre-bending books you should read after watching Behind Her Eyes: