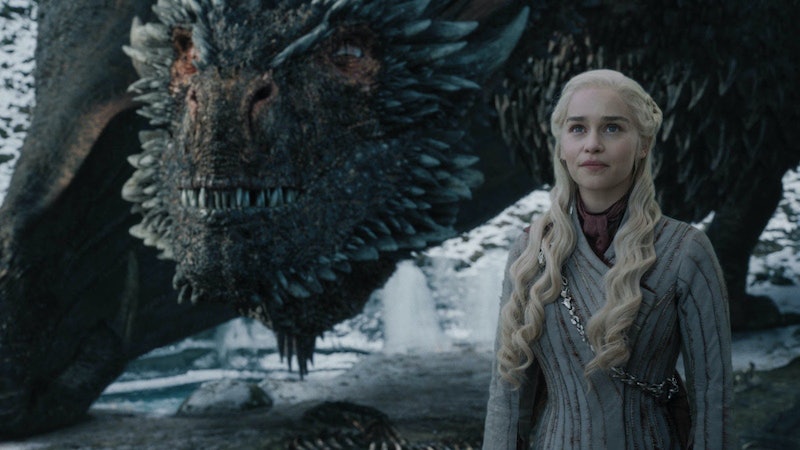 Game of Thrones came to a controversial end in 2019 after eight seasons, but if it were up to author George R.R. Martin, there would’ve been two more. In a new book titled Tinderbox: HBO’s Ruthless Pursuit of New Frontier, journalist James Andrew Miller claims that Martin pleaded with HBO to end the fantasy drama series after ten seasons instead of eight. But according to E!, the showrunners wouldn’t budge.

Miller reportedly got his information from Martin’s agent, Paul Haas, who told him that the author flew across the country to ask HBO’s former CEO, Richard Plepler, to extend the series. “George would fly to New York to have lunch with Plepler, to beg him to do ten seasons of ten episodes because there was enough material for it and to tell him it would be a more satisfying and more entertaining experience,” Haas told Miller.

Unfortunately, even if Martin got Plepler’s blessing, Game of Thrones showrunners David Benioff and Dan Weiss were set on the show ending after Season 8. “Dan and Dave were tired, rightfully so,” Haas says in the book. “They were done, and wanted to move on, so they cut it short and then negotiations became, how many seasons can we stretch this out? Because of course HBO wanted more.”

Although Martin had a good relationship with Benioff and Weiss, the author noticed that they were veering off course after Season 5. “He started saying, ‘You’re not following my template,’” Haas recalled. It’s worth noting that the co-producers were creating a TV show out of an incomplete book series. Martin has only published the first five of seven novels so far and is hoping to finish up soon, mostly so longtime fans “can argue about which ending they like better.”

Before the books wrap up, die-hard fans of the show have a spin-off (or several) to look forward to. House of the Dragon is expected to hit HBO Max in 2022 and is based on Martin’s newest book, Fire and Blood. The show is about the history of the Targaryen dynasty in Westeros, and according to HBO, it is set roughly 200 years before Game of Thrones. The teaser has already been released, but an exact release date is still unknown.

Several other GoT spin-offs are also being developed by HBO Max, including 9 Voyages, Flea Bottom, and 10,000 Ships. On Nov. 30, Deadline reported that a writer and executive producer has been tapped for another prequel series titled Dunk & Egg. The prequels will all be set hundreds of years before Game of Thrones and will take place throughout the various kingdoms in Westeros.

“George R.R. Martin’s world is so big and what’s interesting about it, not only is it big but he’s got a lot of road maps in terms of history,” HBO and HBO Max Chief Content Officer Casey Bloys told Deadline in March. “So, one of the great things about House of the Dragon is that’s an established history that leads you to Game of Thrones the show, and there is a lot of little branches. There is a lot of opportunities and stories to tell.”