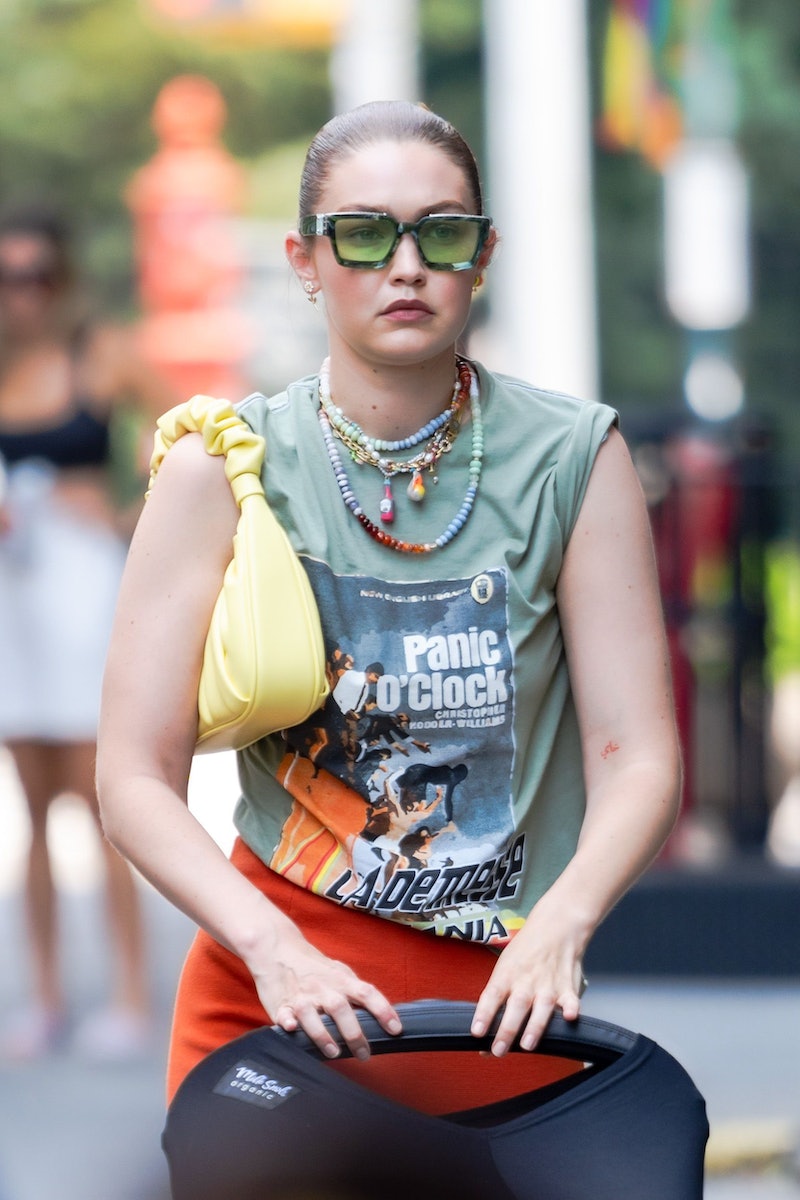 Gigi Hadid has urged fans, the press, and the paparazzi to respect her wishes when it comes to posting photos of her and Zayn Malik’s 10-month-old daughter Khai. The 26-year-old model recently shared an open letter titled “A Letter From A Mamma,” politely pleading that people protect her family’s privacy. Hadid explained that she has been hiding Khai’s face during outings, but now that her daughter is 10 month old, the growing child wants to experience more of the world, making it harder to keep Khai covered.

Hadid also said Khai has been lifting her stroller’s sunscreen, making it even more difficult to ensure people don’t get snapshots of her face. “She doesn’t understand why she’s covered in the city,” Hadid wrote. She also shared she wants her daughter to see the diversity and beauty of New York City but “without the stress of the media circus that comes with parents who are public figures.”

She added, “It would mean the world to us, as we take our daughter to see and explore NYC, and the world, if you would PLEASE PLEASE PLEASE blur her face out of the images, and if and when she is caught on camera, I know it’s an extra effort, but as a new mom, I just want the best for my baby, as all parents do.”

The letter also touched on her own complicated experiences dealing with paparazzi. “For a child, I can imagine that close or dramatic paparazzi frenzies must be overwhelming and disorienting,” she wrote. “It still is as an adult that understands and deals with it often.”

Hadid had previously expressed her desire to keep her daughter off social media and out of paparazzi photos, reiterating that she’s seen how growing outside of the public eye can positively affect a child’s life. “I have friends who are public figures and that’s how they’ve gone about it, and I see their kids really blossom in a different way,” she told Vogue in February, referring to how her friends Blake Lively and Ryan Reynolds have raised their daughters.

Hadid and Malik have kept their daughter’s face hidden since she was born in September 2020, and the letter confirmed that they’ve never intentionally shared Khai’s face so she can have as normal a childhood as possible. “Our wish is that she can choose how to share herself with the world when she comes of age” Hadid wrote, adding that having everyone respect their wishes, “would mean the world to us.”

More like this
Chrissy Teigen & John Legend Reveal Their New Baby’s Name & Share First Photo
By Stephanie Topacio Long and Jake Viswanath
Kylie Jenner Clarified How To Pronounce Her Son's New Name
By Jake Viswanath
Britney Spears Shares & Deletes Photos Of Justin Timberlake From 22 Years Ago
By Jake Viswanath
19 Photos Of Lisa Marie Presley With Elvis, Her Kids, & More
By Alyssa Lapid
Get Even More From Bustle — Sign Up For The Newsletter