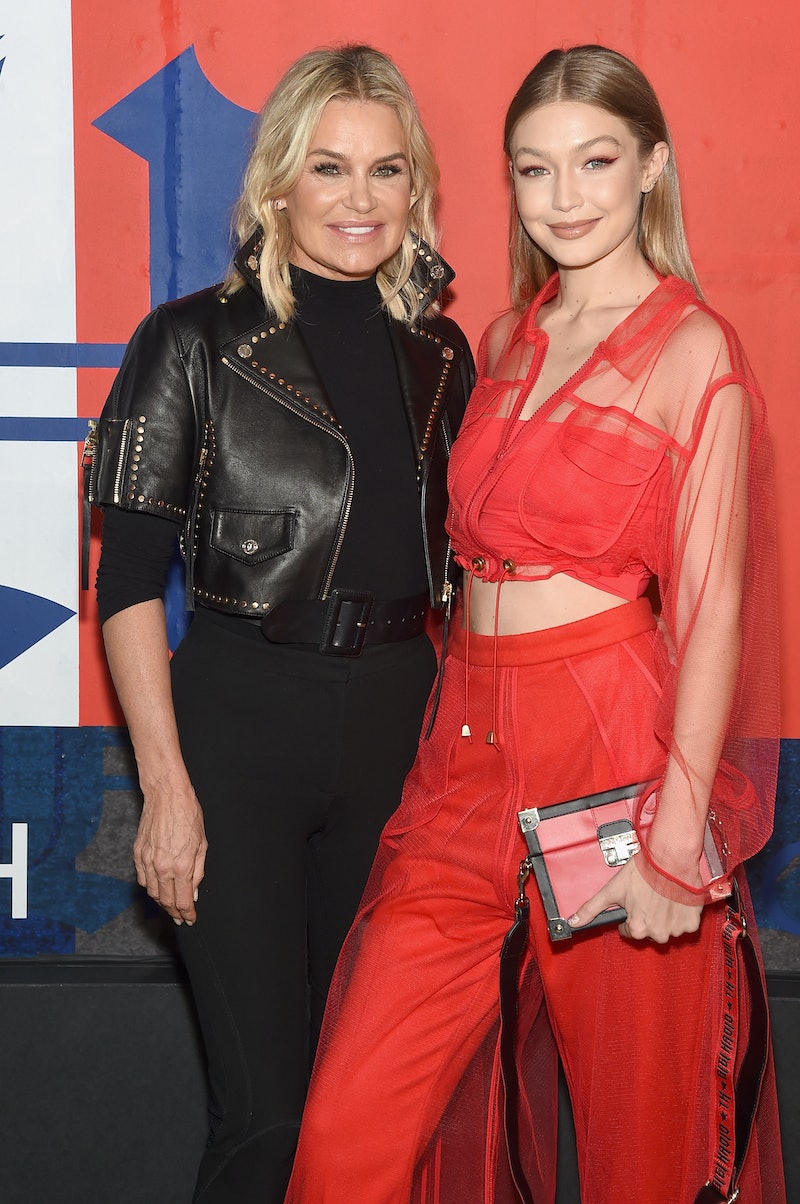 It turns out there’s a reason viewers didn’t see much of Gigi Hadid on The Real Housewives of Beverly Hills, and it’s not because she was camera shy. Though the model’s mom, Yolanda Hadid, appeared on the Bravo reality series from 2012 to 2016, her now-famous children, which also includes Anwar and Bella Hadid, only made a handful of cameos. In a cover interview for the March 2022 issue of InStyle, Gigi recalled being a senior at Malibu High School, where she was a pretty normal student, when Yolanda joined RHOBH in Season 3.

“When I think of my childhood, I think of the crazy, ecstatic volleyball player. I was that loud voice. I loved sports, I loved being on a team, I loved school and my friends. That’s what comes naturally to me,” she explained to InStyle. “But when people first started to get to know me, it was like, ‘Oh, her mom was on [RHOBH]. That is her life.’ But that wasn’t my life or a part of my growing up.”

Though she was “just on [her] way out of the house” — graduating and moving to New York City in 2013 to briefly study criminal psychology at the New School before signing a contract with IMG Models — Gigi admitted it was still “weird” having her mom be part of a reality show. “I would come home from school and there would be production trucks outside,” she shared. “I would scale the staircase to my room so I wouldn’t have to go say hi to my mom in the kitchen. ... You’re just like, ‘I’m going to go do homework.’”

Even so, fans did get some insight into Gigi’s meteoric rise to fame, with her mom, a former Dutch supermodel herself, giving her (sometimes controversial) tips for navigating the cutthroat modeling world on RHOBH. After guesting on the Bravo series, Gigi also went on to appear in such other reality shows as MasterChef, Lip Sync Battle, and RuPaul’s Drag Race.

Now a mom herself, Gigi, who shares 1-year-old daughter Khai with ex-boyfriend Zayn Malik, is much more careful about what she shares with the public. “I learned the hard way in this industry by being too open in interviews,” she added to InStyle. “You have to start to calculate your steps, because you went for it with an open heart, and sometimes it doesn’t get portrayed that way.”

Privacy was hard to come by, however, when Malik and Yolanda were reportedly involved in a physical altercation last September. In a statement to TMZ at the time, Malik “adamantly” denied “striking Yolanda,” adding that he hoped the RHOBH alum would “reconsider her false allegations and move towards healing these family issues in private.” (Bustle reached out to reps for Malik and Yolanda at the time, but did not receive a response.) According to court documents obtained by Page Six, Malik pleaded no contest to four counts of harassment stemming from the September incident, though the musician maintained that he made no “physical contact” with Yolanda.

He and Gigi broke up around the same time, and in November, a source close to the model explained to People that she remained committed to co-parenting Khai “in a civil way.” The same unnamed insider added that Yolanda is “very protective” of Gigi, and though she was “very upset with Zayn,” the matriarch only “wants the best for her daughter and grandchild.”

While the level of drama was fit for RHOBH, Gigi is surely glad her mother is no longer on the show to publicly address any familial discord.