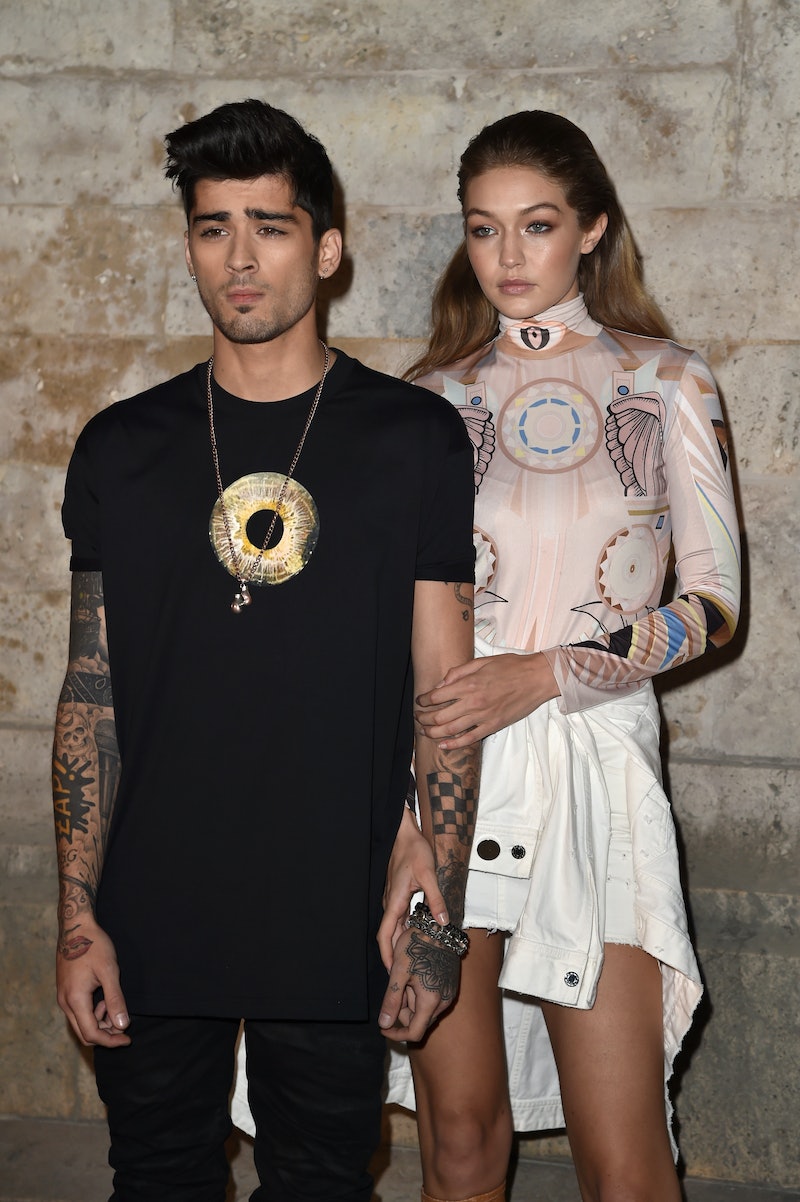 Four months after she and Zayn Malik welcomed their baby girl, Khai, Gigi Hadid opened up about her "intense" at-home birth, revealing that the former One Direction singer helped her through the entire difficult process on their farm in Pennsylvania. In a March cover story, the model told Vogue that while she originally planned to give birth at a New York City hospital, she and Malik changed their minds ahead of their daughter's arrival in September.

"What I really wanted from my experience was to feel like, OK, this is a natural thing that women are meant to do," Hadid recalled. "I had to dig deep. I knew it was going to be the craziest pain in my life, but you have to surrender to it and be like, 'This is what it is.' I loved that." She added that she chose not to get an epidural and instead relied on the support of Malik; her mother, Yolanda; and her sister Bella — and the audiobook of The Indian In the Cupboard, a childhood favorite — to help her through. "I know my mom and Zayn and Bella were proud of me, but at certain points, I saw each of them in terror."

She continued, "Afterward, Z and I looked at each other and were like, 'We can have some time before we do that again.'" As difficult as giving birth may have been, Hadid felt it was all worth it when she saw Khai for the first time, cradled in Malik's arms. "I was so exhausted, and I looked up and he's holding her. It was so cute," the model recalled. "She was so bright right away. That’s what I wanted for her, a peaceful bringing to the world."

While she is comfortable sharing her birth story with the outlet, Hadid isn't quite ready to share any photos of her baby girl just yet. "I think she wants to be real online, but until her child wants to be in the spotlight and can make the decision herself, she doesn’t want to put her in that position," Bella Hadid told Vogue about her older sister's decision to keep Khai out of the spotlight, while Hadid explained that she's "happiest" on her family farm in Pennsylvania and plans to raise her daughter there.

In order to help navigate the boundary between protecting her daughter's privacy and connecting with her fans, Hadid turned to Blake Lively and Ryan Reynolds, who have kept their three daughters almost totally out of the public eye. "I have friends who are public figures, and that's how they've gone about it, and I see their kids really blossom in a different way," the model explained.

Hadid has been hesitant to share too much about her daughter in the months since giving birth, sharing only pictures of her hands or feet and placing emojis over Khai's face in family photos. She and Malik didn't even reveal their daughter's name until Jan. 22, when the model quietly updated her Instagram bio to read "Khai's mom." (According to Vogue, the name comes from the Arabic for "the chosen one.")

Back in July, Hadid explained that she was more focused on being present as a first-time mom than sharing every moment of her experience with her followers. "I will be sharing stuff like that in the future," she said at the time, during an Instagram Live. "I just am not rushed to do it, and I feel like just right now I just want to experience it, and I write in my journal a lot, and I just don’t want to ... worry about having to like look cute or post something."