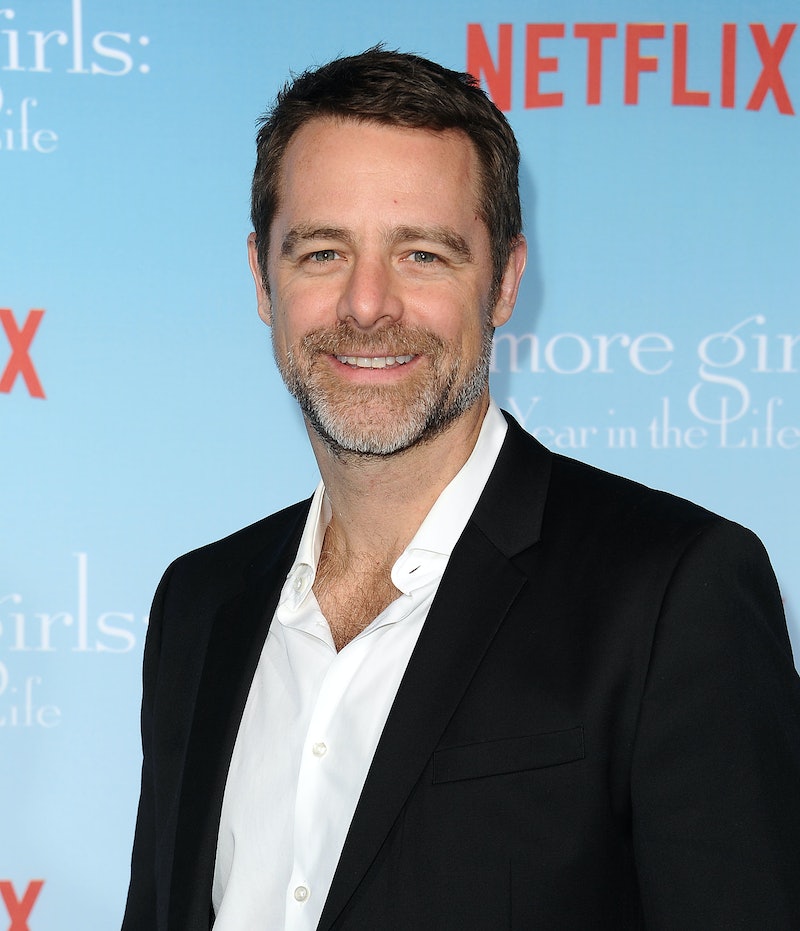 Gilmore Girls fans, assemble. Actor David Sutcliffe — who played Rory's dad and Lorelai's on-again, off-again boyfriend Christopher Hayden on the hit comedy-drama series — denied rumors that he attended the Capitol riots on Jan. 6. However, he still riled up fans of the show when he called one of the actual rioters a "patriot," leading many to wonder whether he genuinely supports them or was simply making a (very bad) joke.

Over the weekend, rumors spread on Twitter that Sutcliffe participated in the Capitol attack after fans claimed that he posted a now-deleted video of the riots on Instagram. Quote-tweeting a separate video of a rioter smoking weed in the Capitol, the actor dismissed the speculation but didn't condemn the insurrection, either. "There are rumors circulating that I 'stormed the capital,'" he wrote, complete with a curious emoji. "Not true - though I would have been proud to share a smoke with this great Patriot!"

The tweet set off red flags for GG fans, many of whom were disappointed that Sutcliffe would say anything remotely positive about the riots. However, the actor seemed to confirm that he was joking by retweeting a response from a curious fan. "Guys...is it possible he's kidding?" the Twitter user asked. "I literally saw this days ago and laughed and moved on thinking it was an actual joke. I feel like he's sitting at home laughing...watching the outrage." The actor responded: "I feel seen."

Even if it was intended to be a joke, fans appear to be disappointed with Sutcliffe and are letting him know in the most appropriate way — Gilmore Girls GIFs. Several people also took this opportunity to let out their true feelings about his character, telling Sutcliffe that Lorelai "made the right decision" by ditching him.

The GG alum has not made his political views clear. However, as pointed out by Entertainment Weekly, Sutcliffe has liked tweets criticizing the "authoritarian left" and claiming that "women's politics is best for the home" while "men's politics is best for the world." Sutcliffe also tweeted on Jan. 10 that Donald Trump would "become a symbol of rebellion and replace Che Guevara on t-shirts." Fans can make what they will of that.

Bustle has reached out to David Sutcliffe's rep for comment and will update this story if we hear back.