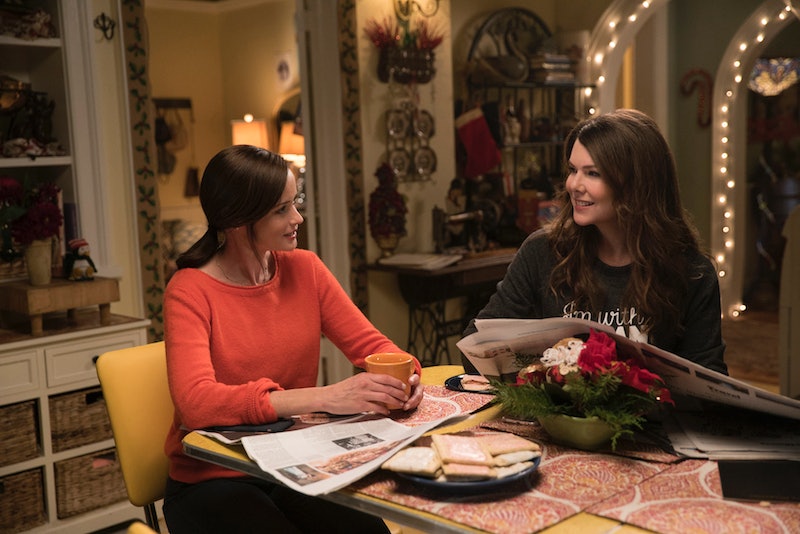 Grab some Pop-Tarts and prepare to get emotional, because the Gilmore Girls cast and crew celebrated the 20th anniversary of the beloved mother-daughter dramedy with some nostalgic messages to fans touching enough to make even the most jaded tear up. The series, which ran for seven seasons between 2000 and 2007 on The WB (and later returned for a four-part revival on Netflix in 2016), turned the big 2-0 on Monday, Oct. 5. And even creators Amy Sherman-Palladino and Daniel Palladino, the husband-wife duo behind the series who do not have any official social media account, took the time to issue a short message commemorating the milestone.

“To a cast that changed our lives — none of us had any idea what the hell we were doing,” the Palladinos wrote in a statement provided to TV Line. “We just knew we would walk in circles around a backlot in Burbank and hopefully someone would care.” Addressing stars Melissa McCarthy, Yanic Truesdale, Liza Weil, Sean Gunn, Milo Ventimiglia, Jared Padalecki, Scott Patterson, Matt Czuchry, Sally Struthers, Keiko Agena, Liz Torres, and “so many others that came and played in our sandbox,” the couple added, “We can’t believe you let us. We owe you our lives.”

The two then turned to the Gilmores: “To Ed [Herrmann], who we’ll miss forever, and to our Gilmore girls: the incomparable Kelly Bishop and devastatingly elegant Alexis Bledel and the queen of them all, Lauren Graham,” they continued. “There are really no words that express how we feel except to say we are old and we will forget your names very soon. But until then — you are literally everything to us.”

Graham, Patterson, and Agena also shared their own social media tributes on Monday. “Your kindness and devotion to this show have brought me so much joy over the years,” Graham tweeted to the show's fans. “I’m so grateful, to say the least, and I love you all.” Patterson called on fans to recall their favorite episodes on Instagram, alongside a heartfelt tribute. “I got lucky the day I was cast as Luke but the unexpected joy for me has been interacting with the best fans on the planet,” he wrote. Agena, meanwhile, shared a mini Gilmore reunion she participated in with Good Morning America and tweeted, “Thank you #GilmoreGirls fans for keeping us in your hearts. You are the true stars of Stars Hollow.”

Emily Kuroda, Rose Abdoo, Truesdale, and Gunn also appeared in the GMA segment to reflect on the show’s legacy. “I think it's because it was based on honesty and love. It was a show about three generations and, boy, did they bicker," Kuroda said, citing the Gilmore girls’ dynamic. "They misunderstood each other, they fought, but they never lost sight of their respect for each other, of their love for each other." Gunn added, “Sometimes I hear things like, ‘My mother and I didn’t always get along, but we got along when we watched Gilmore Girls,’ and to me, sometimes that’s my favorite thing to hear.”

More like this
A New 'And Just Like That' Table Read Pic Confirms A Key Character's Return
By Jack Irvin and Grace Wehniainen
Netflix Reveals First Look At Wednesday In The 'Addams Family' Spinoff Series
By Bustle Editors
Nicola Coughlan Shared A Lady Whistledown Excerpt From ‘Bridgerton’ Season 3
By Grace Wehniainen, Alyssa Lapid and Sam Ramsden
The 'Skins' Cast Shared The Reunion We’ve Been Waiting For
By Sophie McEvoy
Get Even More From Bustle — Sign Up For The Newsletter