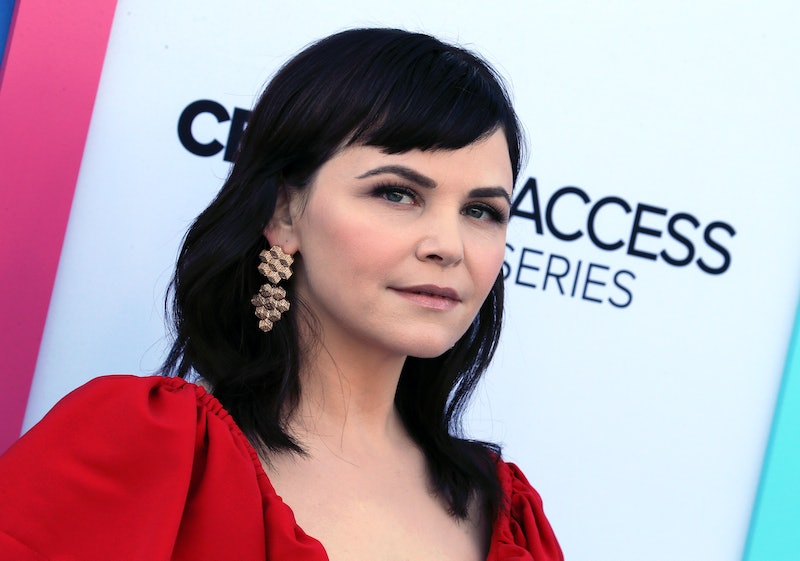 There are no lengths Ginnifer Goodwin wouldn’t go for her best friends. On Friday, Jan. 14, the Something Borrowed star appeared on SirusXM’s Pop Culture Spotlight with Jessica Shaw, where she revealed that she offered her husband’s sperm to one of her closest pals who wanted a baby. “By the way, I offered his sperm to one of my best friends who was gonna be a single mom,” she said. But both her friend and her husband, Josh Dallas, agreed that it was a bad idea.

“My husband and my best friend were the ones who were like, ‘This could lead to complications. And I was like, ‘I just feel like you need to procreate,’” Goodwin explained, making it clear that she was fully onboard. “At a point, I was like, ‘No, but seriously, we could arrange this. And then there would be more little Josh’s in the world. And like, I love that picture of [what] people needing Josh’s would be.”

It’s worth noting that little Josh’s already exist. Goodwin and Dallas got married in 2014 and share two sons, Oliver Finlay, 7, and Hugo Wilson, 5. But that didn’t stop the 43-year-old actor from considering giving away her husband’s sperm. “I was like, ‘Look, there’s turkey basters,’” she said, explaining that Dallas would be an active part of the child’s life. “It’s not like you’re not gonna be in the kid’s life,” she said. “Like, you’re in my best friend’s life.”

Although Goodwin thought it was a great idea, it was probably for the best that they didn’t go through with it and shake up their seemingly solid marriage. Dallas revealed exactly when he fell in love with his Once Upon A Time co-star at the NBC Winter Television Critics Association Winter Press Tour in 2020. “I mean, after the read-through or the pilot,” he said, according to Us Weekly. “Yeah, it was pretty soon.”

“I think it happened very organically and actors playing opposite each other never fall in love off sets, do they? That never happens in this business,” he continued. “But, two kids later we’re still going strong, so it’s a great thing.” Dallas, 43, also made it clear that Goodwin was easy to fall for. “Just look at her,” he said. “Just look at Ginnifer Goodwin. Look at her mind and the way it works. It’s like, how could you not [fall in love]?”

Goodwin, for her part, is equally smitten. In 2015, after the birth of the couple’s first son, she gushed to Us about how great of a father Dallas is. “He also has not slept since mid-May. I’m always telling him, ‘You can sleep,’ but he won’t, he always helps,” she said. “He’s my knight in shining armor.”

More like this
10 Times Diana & Meghan Spoke Similarly On The Royal Family
By Sophie McEvoy
Britney Spears Thanks Fans After Miscarriage & Explains Why She's Writing A Book
By Jake Viswanath
Doja Cat Needed Tonsil Surgery & Now She Can't Eat Taco Bell's Mexican Pizza
By Jake Viswanath
Oops! The 'Stranger Things' Monopoly Game Has Spoilers For Season 4
By Alyssa Lapid
Get Even More From Bustle — Sign Up For The Newsletter