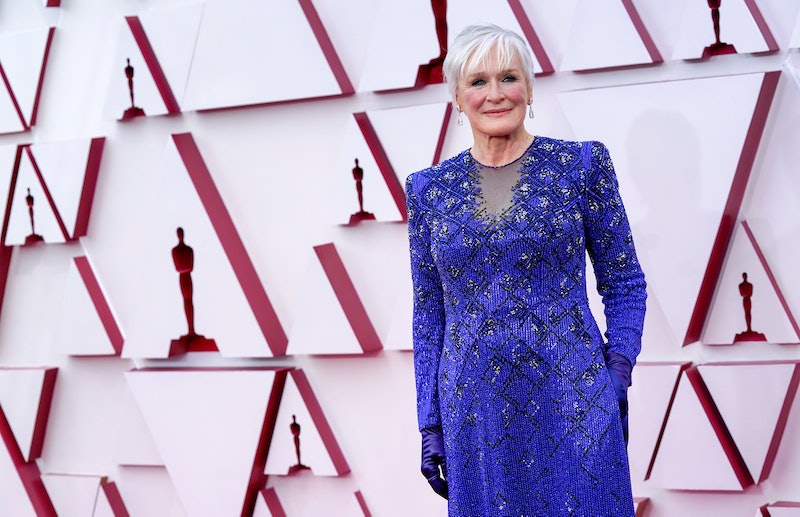 In a break from the usual awards ceremony programming, Judas and the Black Messiah actor Lil Rel Howery asked other actors to play a game of musical trivia — a game which Glenn Close unequivocally won. She correctly identified the song “Da Butt” by Experience Unlimited, made famous in Spike Lee’s School Daze. And then, she performed the dance that goes with the 1980s hit.

The stunt was later revealed to have been scripted, per the Los Angeles Times — but it still managed to charm audiences.

The bit began with Close’s faux realization. “Wait a second, wait a second, I know,” she said, after Questlove cut the music. “That’s ‘Da Butt!’”

Close went on to list several details about the song and the band, shocking Howery and other actors in the room: “It was a classic song by the great Washington, D.C. go-go band E.U. — shoutouts to Sugar Bear and the backyard band and the whole DMV.”

She then (comically) chastised the Academy for failing to give School Daze any Oscar nominations, which she says was “an effing tragedy.” The film came out in 1988.

“Spike Lee, you know, had [the song] written for his brilliant movie School Daze, and my friends at the Oscars missed it,” Close laments. “It wasn’t nominated, so it couldn’t have won, which I think is an effing tragedy.”

Howery’s jaw was basically on the floor at this point.

“I wasn’t expecting that at all, that you knew ‘Da Butt,’” Howery told Close in the moment, drawing laughs. “It’s dope and uncomfortable at the same time... but do you know the dance, though?”

She knew the dance.

Of course, Twitter lived for the moment. Here are some reactions: