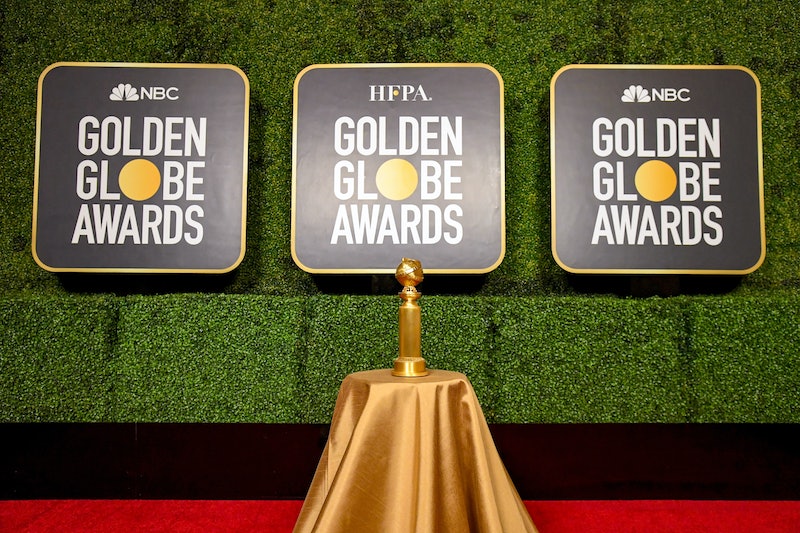 The Golden Globes’ golden age is long gone. Thanks to a variety of scandals plaguing the Hollywood Foreign Press Association (HFPA), the organization of international journalists that puts on the Globes, the annual awards show is in jeopardy.

The HFPA has had a rough go of it over the last year, and it’s not over yet. Earlier this week, Variety reported that the organization had failed to secure a single celebrity presenter for its normally star-studded awards show, presumably due to the ongoing controversy surrounding the association. However, the HFPA remains optimistic about its future. “Over the last eight months, the HFPA has completely overhauled its bylaws, implementing sweeping changes from top to bottom addressing ethics and code of conduct, diversity, equity and inclusion, governance, membership, and more,” reads a Jan. 4 statement from the HFPA, which also linked to a full list of the organization’s existing and planned reforms — changes made in response to the criticism it faced last year.

As the HFPA struggles to get back into Hollywood’s good graces, the fate of the Golden Globes remains unclear. Below, a breakdown of the controversy surrounding the HFPA, and how viewers may be able to stream the 2022 Golden Globes on Jan. 9. (Hint: It won’t be on NBC.)

Last year, a lawsuit spurred a landmark investigation into the HFPA.

LA Times reporters interviewed over 50 people for the story, including industry executives, studio heads, and current and former HFPA members. The resulting article reported on several ethical conflicts within the organization, which ranged from improperly funneling money to members, to monopolizing press access, to accepting bribes from major studios.

A representative of the HFPA vehemently denied these claims to the LA Times, saying: “None of these allegations has ever been proven in court or in any investigation, [and they] simply repeat old tropes about the HFPA and reflect unconscious bias against the HFPA’s diverse membership.”

The LA Times’ investigation also revealed that the HFPA didn’t have a single Black member among its 90-odd affiliated journalists. Shortly after the article was published, HFPA president Meher Tatna confirmed that the organization hadn’t had any Black members since 2002: “...there are nuances, as an organization of immigrants, who write for our home country, that search [for international Black journalists] has not been easy, but that doesn’t mean we will give up,” she told Variety. “We will keep trying, and we will be part of the solution.”

In response to the scandal, the HFPA announced a series of planned reforms, promising to add at least 20 new members from various ethic and racial backgrounds, and to slowly grow membership by 50% over the following 18 months.

In October 2021, the HFPA followed through on some of its promises, announcing that it had invited 21 new members who would be able to vote for the 2022 Golden Globes. A month later, the organization appointed Neil Phillips, a Florida public speaker, educator, and entrepreneur, as its first-ever chief diversity officer. The HFPA has also made other changes, such as eliminating submission requirements for Golden Globes eligibility, and moving to allow non-English language films to compete in the awards’ top categories.

However, the HFPA is still struggling on multiple fronts. On Nov. 24, 2021, The Hollywood Reporter reported that the HFPA would soon be forced to dip into its reserve funds in order to continue its philanthropic endeavors. Previously, much of the organization’s largesse was supported by the fees paid by NBC for the Golden Globes telecast, and in May 2021, the network announced it would no longer air the 2022 ceremony. “As we will not be televised in 2022, our future giving will be curtailed but will remain integral to the association’s work,” Helen Hoehne, HFPA’s newly elected president, told THR. “Our hope is to ensure continued funding for these worthy organizations.”

The fact that the organization has failed to secure any celebrity presenters for its 2022 ceremony also implies that it’s not yet back on Hollywood’s good side.

Due to the controversy, NBC isn’t airing the 2022 Golden Globes ceremony.

On May 10, 2021, the network announced that it would no longer air the 2022 ceremony telecast, despite the HFPA’s scramble to make internal changes. “We continue to believe that the HFPA is committed to meaningful reform. However, change of this magnitude takes time and work, and we feel strongly that the HFPA needs time to do it right,” NBC’s statement reads.

NBC did, however, say that it would air the 2023 Golden Globe Awards — so long as the HFPA “executes on its plan.”

So how can viewers stream the 2022 Golden Globes?

It’s still up in the air. In a press release published earlier this week, the HFPA revealed that the winners of the 79th Golden Globe Awards will be announced on Sunday, Jan. 9 at the Beverly Hilton Hotel in a ceremony beginning at 6 p.m. PST. The release also disclosed that due to public health precautions, there won’t be a red carpet prior to the ceremony, nor will there be a live audience. As stated above, there will also be no celebrity presenters.

Though it won’t be aired on television, the Golden Globes ceremony could theoretically be broadcast via livestream. But per The Hollywood Reporter, the HFPA could face legal issues if it proceeds with a livestream: NBC still owns the name rights to the show, and streaming something called the “Golden Globe Awards” could present contractual challenges.

While details regarding how to stream the Golden Globes have not been released, the HFPA stated that Kyle Bowser, Senior Vice President of the NAACP Hollywood Bureau, plans to discuss its ongoing “Reimagine Coalition” during the ceremony. The “Reimagine Coalition,” per the release, is a joint five-year plan between both organizations to increase diversity, equity, and inclusion in the entertainment industry. “Each year the HFPA and the NAACP Hollywood Bureau will collaborate on, fund, and support a series of trailblazing initiatives, with the overall goals of ensuring visibility of projects from artists of diverse racial and ethnic backgrounds; increasing diverse representation in the industry; and building pathways to inclusion for young artists and journalists of color,” the press release reads.

Bustle will update this article as new information becomes available.