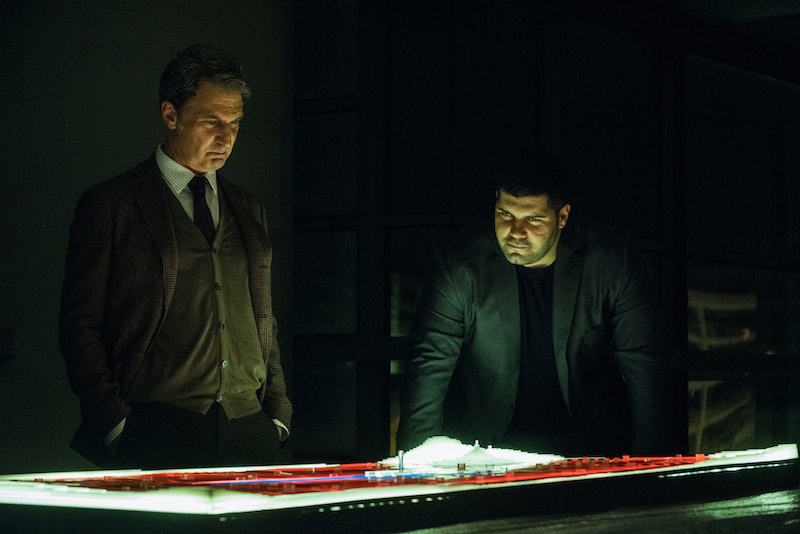 Ciao, Gomorrah! After five seasons, HBO Max’s Italian crime drama has come to a close. “For the first time in the U.S., the entire fifth and final season of the critically acclaimed Max Original Gomorrah will be available for streaming on Thursday, Jan. 27,” HBO Max confirmed in a January 2022 statement.

Season 5 hinges on Gennaro "Genny" Savastano (Salvatore Esposito) discovering that his old friend and rival Ciro di Marzio (Marco D’Amore) is alive and well in Latvia, despite Genny’s certainty that Ciro had died at the end of Season 3. “More than anybody else in the series, these two [characters] have embodied the spirit of its narrative,” series producer Riccardo Tozzi told Variety. “[They are] almost brothers, friends, enemies by turn. And both caught in their own perpetual fight for self-affirmation, for survival; for the biggest share; for power.”

According to Tozzi, it was important to keep tension at an all-time high in the final season. “The idea was to die while we are still alive, maintaining the show’s narrative energy at its peak,” he said.

Season 5 director Claudio Cupellini is confident that they were able to pull off those lofty narrative goals while also providing closure to the story. “I think this is a massive, big ending because we didn't only go back, but we closed a circle,” he said in an interview with the UK’s Express. Series writer Leonardo Fasoli added that this was the right time to end the show. “When we arrived at the ending of the season, we decided it was the last season. It was because like Claudio said before, it is good to finish when you are in a high position than to explore too much material until the end.”

Gina Gardini, who served as an executive producer on Gomorrah for all five seasons, feels proud of what they were able to accomplish while the series was on the air. “The beauty of this long process, which has lasted for years, is that together with this powerful reality, this exclusively evil point of view, we also managed to build characters that are so meaty, so monstrously beautiful,” she told Variety.

That all being said, fans who aren’t yet ready to say goodbye to the show can take solace in the rumors that were floated by writer Maddalena Ravagli. Speaking to Express, Ravagli noted that there were talks about a ‘70s-set prequel. Though she added that it was “just an idea,” it wouldn’t be the first time Gomorrah has branched out from its main story: L’Immortale (The Immortal), a spinoff movie chronicling the events that took place both before and after Season, was released in 2019. So while the door to the Gomorrah universe is closing for now, there’s still a crack left open.

More like this
Britney Spears Met The Weeknd & Sam Levinson, So She May Actually Be On 'The Idol'
By Jake Viswanath
Michael Peterson & Sophie Brunet’s Relationship Timeline
By Morgan Leigh Davies
All The Theories About Kathleen Peterson’s Death
By Morgan Leigh Davies
Everything To Know About A Possible Season 3 Of 'The Flight Attendant'
By Gretchen Smail
Get Even More From Bustle — Sign Up For The Newsletter