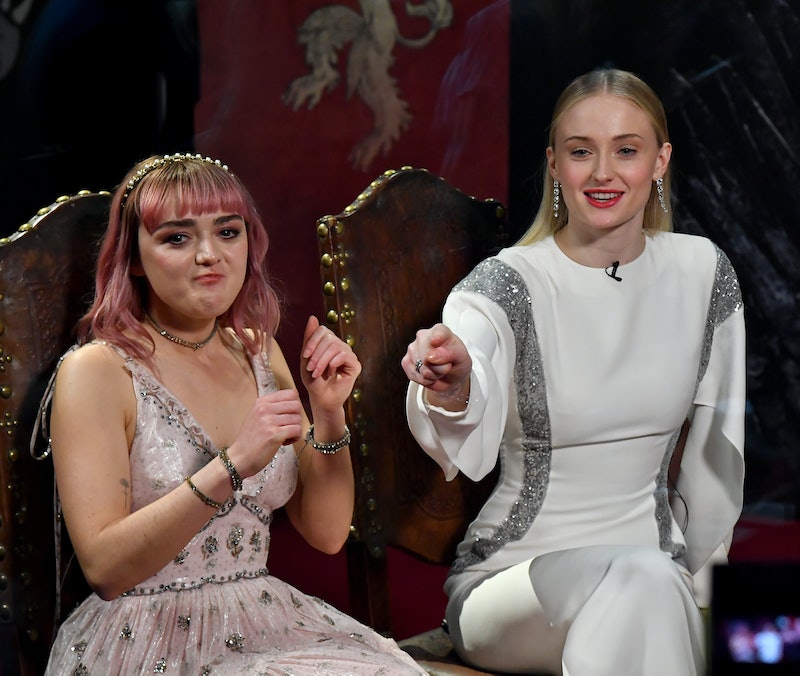 Getting a glimpse of the behind the scenes japes on your favourite shows is always fun and it's been revealed that the cast and crew of one of the biggest TV shows in the last century, Game Of Thrones, loved a bit of mischief. So much so that GOT bosses played a prank on Maisie Williams & Sophie Turner that actually reduced them to tears.

The story behind the prank, played by showrunners David Benioff and DB Weiss, is told in the pair's new book Fire Cannot Kill a Dragon: Game of Thrones and the Official Untold Story of the Epic Series. In an excerpt, shared with Entertainment Weekly, the duo spoke of that one time after the show's pilot wrapped that they told Turner and Williams they weren't old enough to attend the end of show shindig.

"Here’s a minor prank we pulled during season one: We told Maisie and Sophie that since they were underage, they couldn’t come to the pilot wrap party," says Benioff. "So we told them they were going to have a special underage wrap party at McDonald’s. They started crying." Luckily though, it was of course a silly joke and the besties were able to hit up the fiesta after all.

It turned out that those tears might have been a bit more weighted than previously thought as even when they went to the party, the blubbing carried on."Then they came to the real wrap party," said Weiss, "and cried through that — because they thought they might never see each other again." Luckily as we all know, they did, and are now besties. Williams was even a bridesmaid at Turner's wedding to Joe Jonas.

Luckily the gals weren't the only victims of practical jokes on the show and Williams revealed to Empire back in 2019 that the showrunners played a pretty mean one on co-star Kit Harrington, or as you probably know him best Jon Snow. "They said [Jon Snow] got really aggressively mauled on the face and he was going to have a huge disfigurement on his beautiful, chiselled jaw," Williams said. "That one was quite funny, poor guy."