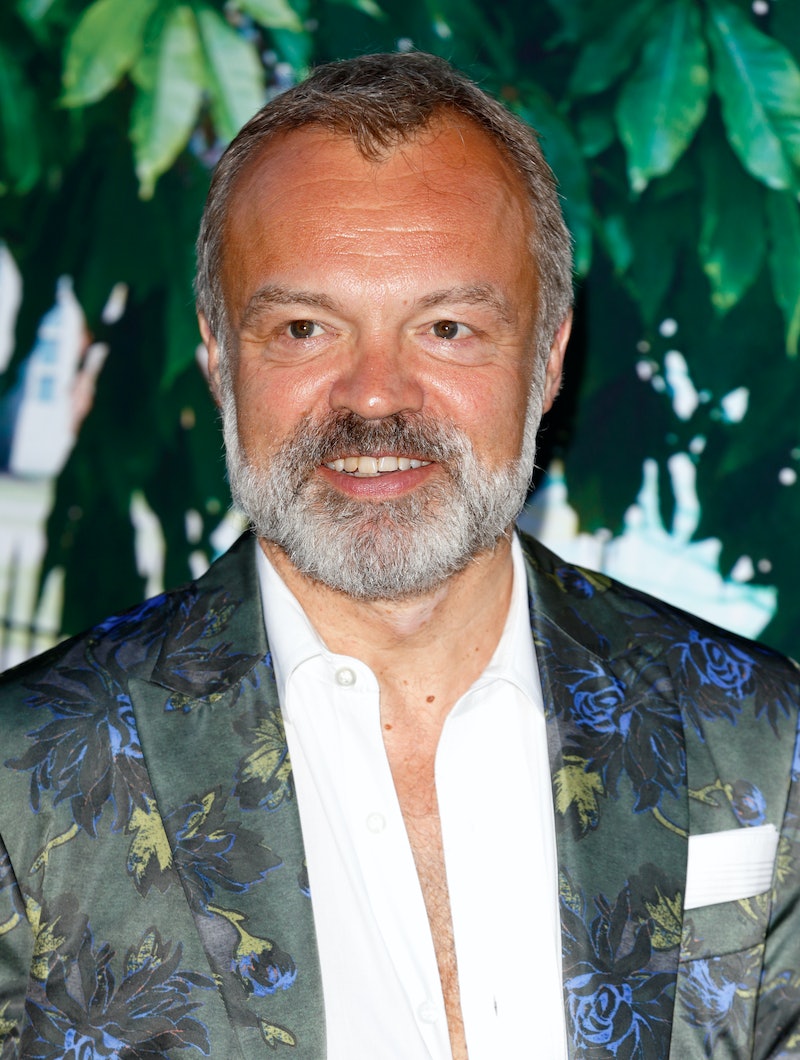 RuPaul’s Drag Race fans rejoiced as the UK franchise returned to screens for Season 3 on Sept. 23. The season premiere was packed with sass, lewks, and a shock elimination. And that’s not the only thing turning the heads of queens everywhere. It’s just been announced that Graham Norton will host a Eurovision-style drag singing competition titled Queen of the Universe.

Variety reported that Norton will take the lead in the new show, which will feature the best and brightest talents on the drag scene from around the world. The show is being produced by World of Wonder, the same company that produces RuPaul’s Drag Race — so, you know the standard will be excellent.

The format of Queen of the Universe will see countries go head-to-head, putting forward their top drag queens to compete. There’s a major difference to the lip-syncs you’re used to in RuPaul’s Drag Race, though. Apparently, there will be no lip-syncing involved here. Instead, each act will be judged based on their real voice.

Norton is well qualified in this arena, having commentated on Eurovision for more than a decade. He’s also taken a regular seat at RuPaul’s table since the UK series began in 2019, where he’s shared the panel with Michelle Visage and Alan Carr, plus guest judges including Jessie Ware, Elizabeth Hurley, Sheridan Smith, Maya Jama, and more.

The new hybrid show sounds like a match made in camp heaven. Indeed, Digital Spy writes that early promotion for Queen of the Universe promises “high heels, high octaves [and] high competition.” It goes on to report that the idea for the show was first conceived in 2014, the year that Austrian singer and drag queen Conchita Wurst won Eurovision. Fans have Conchita to thank, it seems, for sparking the producers’ thought process about the best way to platform talent in the international drag community.

The show was first announced at ViacomCBS’s investor day presentation in February 2021. So, it makes sense that Queen of the Universe will premiere on their streaming service, Paramount Plus, on Thursday Dec. 2. Look forward to a pre-Christmas treat.

More like this
Turns Out George Clooney Is A Huge Fan Of This Classic British Game Show
By El Hunt
This Pre-'Love Island' Video Of Olivia & Zara Together Changes Everything
By Bustle UK
Twitter Can’t Make Up Its Mind About Ekin-Su’s 'Dancing On Ice' Skate-Off
By Sophie McEvoy
'Love Island’s Kai Fagan Is Very Clear About What He Doesn’t Like
By Sam Ramsden and Darshita Goyal
Get The Very Best Of Bustle/UK
Sign up for Bustle UK's twice-weekly newsletter, featuring the latest must-watch TV, moving personal stories, and expert advice on the hottest viral buys.