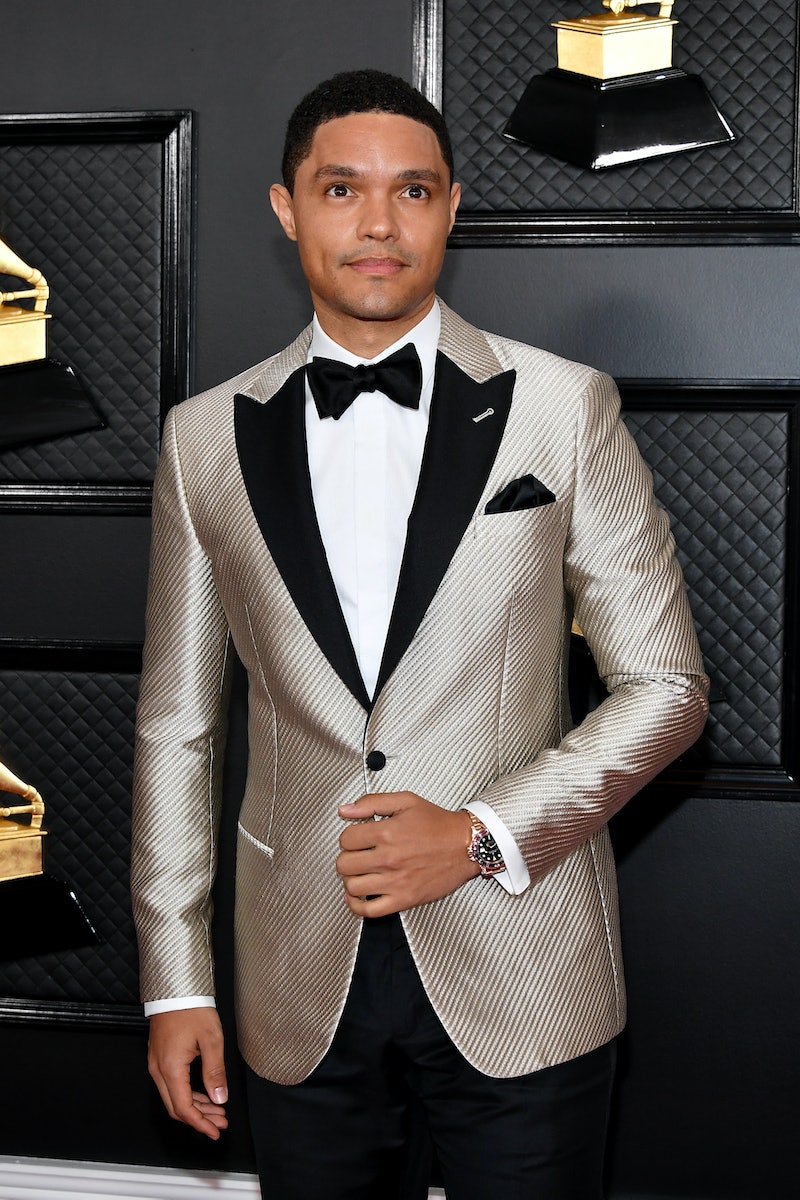 Although it's been a chaotic year, music releases have remained consistent. And while big awards shows like the Oscars will certainly look different come 2021 since there hasn't been a ton of new movies, the Grammys have plenty to celebrate. Starting at noon ET on Tuesday, Nov. 24, artists and celebrities like Dua Lipa, Gayle King, and Sharon Osbourne will announce which musicians will be honored at the 63 Grammy Awards.

To be eligible for the awards this year, a music release would have to fall between Sept. 1, 2019, and Aug. 31, 2020. This means work like Megan Thee Stallion's debut album, Good News, won't be considered this time around. But when it comes to Megan, she was a standout among the nominees, securing a spot in the Best New Artist, Record of the Year, Best Rap Performance, and Best Rap Song categories for "Savage." Other major highlights from this afternoon: Beyoncé led the pack with nine nominations while Dua Lipa and Taylor Swift each earned six.

Ahead of the kickoff to the January ceremony, the Recording Academy revealed that The Daily Show's Trevor Noah will host music's biggest night. Noah, who previously won a Grammy for Best Comedy Album, celebrated landing the gig by joking that he wants more awards. "Despite the fact that I am extremely disappointed that the #GRAMMYs have refused to have me sing or be nominated for Best Pop Album, I am thrilled to be hosting this auspicious event," he tweeted.

The show is scheduled to air on CBS on Sunday, Jan. 31, and there will be plenty of logistical adjustments to make the event safe for everyone as we continue to weather the ongoing coronavirus pandemic. Until then, speculation regarding who will take home the golden trophies will kick into high gear. Without further ado, here's every category you'll want to follow:

Record of the Year

“Everything I Wanted,” Billie Eilish

Album of the Year

Song of the Year

“Everything I Wanted,” Billie Eilish

“Rain on Me,” Lady Gaga with Ariana Grande

The New Abnormal, The Strokes

It Is What It Is, Thundercat

“Highest in the Room,” Travis Scott

Alfredo, Freddie Gibbs and the Alchemist

“Stick That in Your Country Song,” Eric Church

“Who You Thought I Was,” Brandy Clark

“When My Amy Prays,” Vince Gill

Your Life Is a Record, Brandy Clark

If you want to check out all the other nominees and categories, the Grammys website has every last detail.

More like this
Wallows Want Their Own Epic “Lizzo Flute Moment”
By Jake Viswanath
Everything To Know About Taylor Swift’s 10th Studio Album, 'Midnights'
By Grace Wehniainen and Jake Viswanath
Lizzo Twerks While Playing James Madison's 200-Year-Old Crystal Flute Onstage
By Radhika Menon
Cheryl Remembers “Bright Star” Sarah Harding In Heartfelt Essay
By Sophie McEvoy
Get Even More From Bustle — Sign Up For The Newsletter

This article was originally published on November 24, 2020