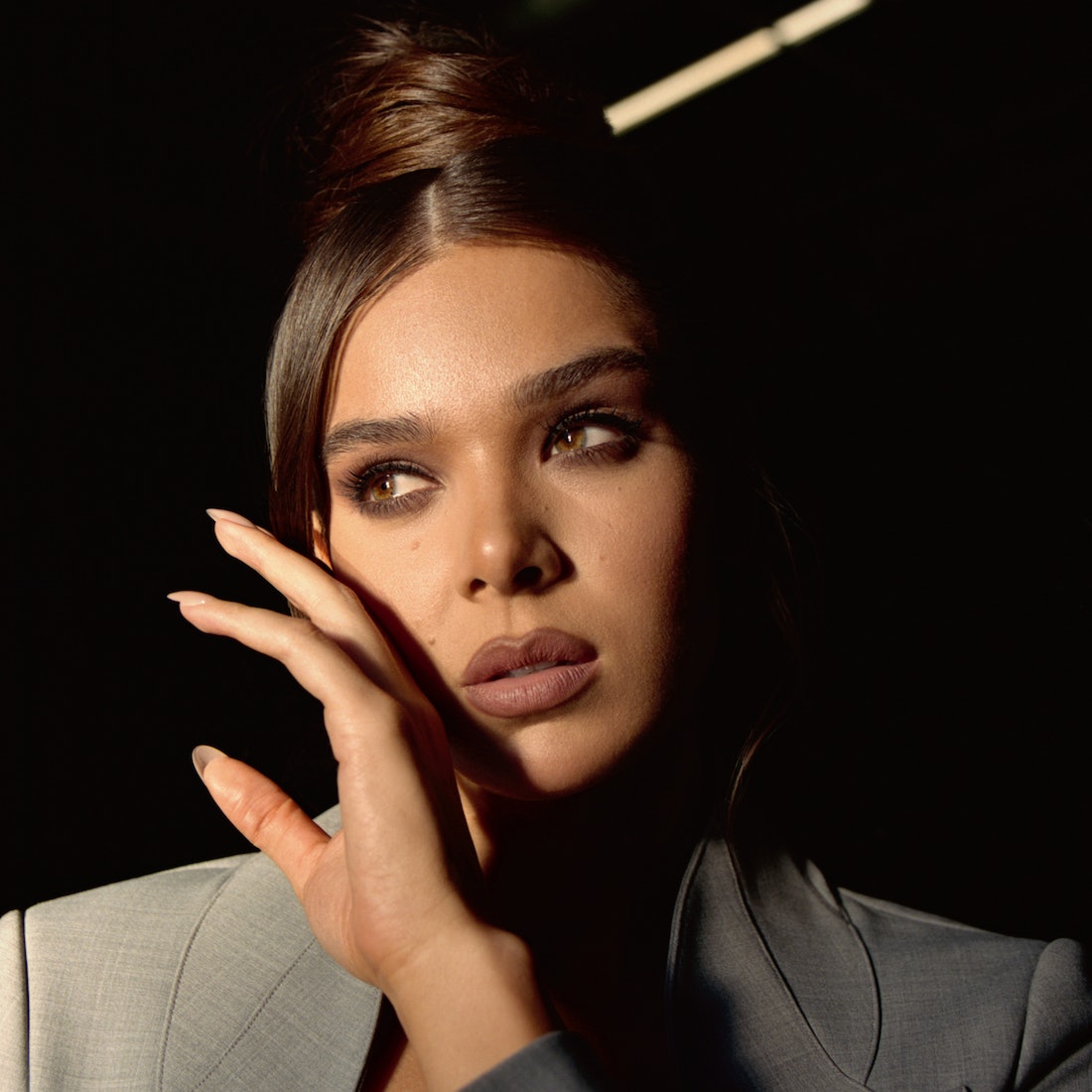 Here is what we know about Hailee Steinfeld: At 13, she stole a movie — True Grit — from Jeff Bridges. She gave the Transformers franchise a soul in Bumblebee, and became an indie darling with The Edge of Seventeen. Dickinson, her hit series debuting a second season on Apple TV+, earned a Peabody Award for its wonderfully queer alt-history of poet Emily Dickinson, and she's about to earn her superhero merit badge as master archer Kate Bishop in Marvel’s small screen series Hawkeye. She was way ahead of everyone on the bold brows trend, and she also happens to have a side career in pop music. In short, she's an Oscar-nominated, TV show-carrying, Billboard-charting, franchise-leading actor who has remained a sought-after star for a decade.

And yet, there’s hardly a viral moment or tabloid detail to find about her. She’s not walking barefoot through LAX or brandishing penis-shaped root vegetables on late night TV. Steinfeld has an Instagram — social media allows her to “connect” with fans, she tells me over our pandemic-glamorous Webex chat — but in that way your semi-online cousin has an Instagram, where she posts every so often and you think, Seems like she’s doing well! There are selfies, pictures of a tiny dog, and a thirst trap here and there, but besides the odd studio shot or press event, it’s a pretty much a standard late Millennial's IG. You have to go pages deep into Google to find anything remotely dishy about her, and the more you search, the more you dare to wonder: Has Hollywood allowed an actress the rare gift of success without giving up her life in the process?

A media veteran, 24-year-old Steinfeld does not misspeak. “It's so easy to get caught up in the minutia of all of this social media stuff and celebrity culture,” she says of her career thus far, which by her own reckoning has come together “in a way that I could have never planned.” That might be true — luck matters in Hollywood — but it's hard not to see some strategy there too, even if it's prioritizing intention over exposure, a remarkable feat given the scarcity mindset Hollywood burns into its up-and-comers.

“From 8 to about 12, I learned very quickly what rejection felt like, what going into a room full of adults expecting a lot out of you felt like."

In a moment where anyone even remotely public is beholden to taking a stand on social issues, Steinfeld keeps her views almost completely to herself, aside from a few Instagram posts recognizing Black Lives Matter activism during last summer’s anti-racism protests. She seems to have skirted being asked for more by virtue of the fact that she’s not trying to take up space with self-promotion — a delicate balance, to be sure. That said, she will be forthcoming about her pride in Dickinson's impact. “To be a part of a show that touches on things that matter and to be rewarded for that is such an unbelievable honor," she says of her Apple TV+ project. "At the end of the day, the one thing I hope for is that someone will watch this show and feel less alone or feel seen.”

Perhaps it’s the fact that Steinfeld grew up near Los Angeles and still lives in Southern California that keeps her so low key. When you don’t have to pack up and move cross country without your friends and loved ones to chase the Hollywood dream, you’re close to the roots that sustain you. “My family is still my rock,” she says. “My friends are still in my life. I have a consistency and continuity that I feel are responsible for this sort of steady evolution I've had.”

It also helps that she's never had to stage a media pivot to shake off a particular headline narrative. “I had so many people tell me before [True Grit] came out, ‘Your life's about to change! Everything is going to be so different!' I was 13 and I had no idea what that meant,” she explains. “I realized when the movie came out that they were talking about fame, that suddenly I wasn't going to be able to leave my house, you know? By the way, it was fine. The occasional run-in that I'd have was a dad being like, ‘Dude, I love your movie!’ The only thing that changed in my life was my schedule.”

That lauded Coen brothers movie, her first film role and one she secured through a casting call that drew 15,000 other young hopefuls, threw Steinfeld into her first awards season, too. She calls the months-long tour of junkets and schmoozy events in True Grit’s For Your Consideration campaign “the most wild year of my life,” and in one of her first refreshingly sane moves, took following year off “to come down from it all and to reflect on what the hell all of that was.”

She must have internalized the right lessons — at 14! — because she’s never come close to super-saturation since. After all, she'd already spent years leading up to her breakout learning very grown up lessons about how to handle the bruising parts of her chosen career. “From 8 to about 12, I learned very quickly what rejection felt like, what going into a room full of adults expecting a lot out of you felt like,” she says. “I realized that I'd be in these situations where I had to present myself as someone who, whether I was or wasn't, is confident enough to follow through with the job that I was trying to get.”

“Maybe there is a role — and if it doesn't exist, maybe that means I have to write it — that just completely alters any sort of image of me that people are hanging on to.”

When she returned to the hustle as a certified teen, she found herself in prime coming-of-age territory. She became a specialist in the Absent Father milieu in 3 To Kill, Term Life, Ten Thousand Saints (featuring a Steinfeld who is both pregnant and doing cocaine), Bumblebee, The Keeping Room, and The Edge of Seventeen, all of which feature the actor coping through various adolescent tribulations sans dad. She stared down the harshness of being young in the Old West multiple times, and played a young misfit finding her chosen family in broader comedic setups like Barely Lethal and Pitch Perfect 2. It's enough to make one wonder if it ever felt, well, limiting.

"I've gone through moments of feeling like a lot of roles that are presented to me are too similar in that sense," Steinfeld admits, though she’s careful to emphasize how grateful she is for all her opportunities thus far. “I feel very lucky that I've never felt the need to break away from some sort of idea of me, but I'm excited that maybe that does still exist,” she says. “Maybe there is a role — and if it doesn't exist, maybe that means I have to write it — that just completely alters any sort of image of me that people are hanging on to.”

Being famous is weird, and it often means being beholden to some reality show edit of yourself that fans and people who can get you jobs can reference at will. Steinfeld, though, seems to have avoided the snares.