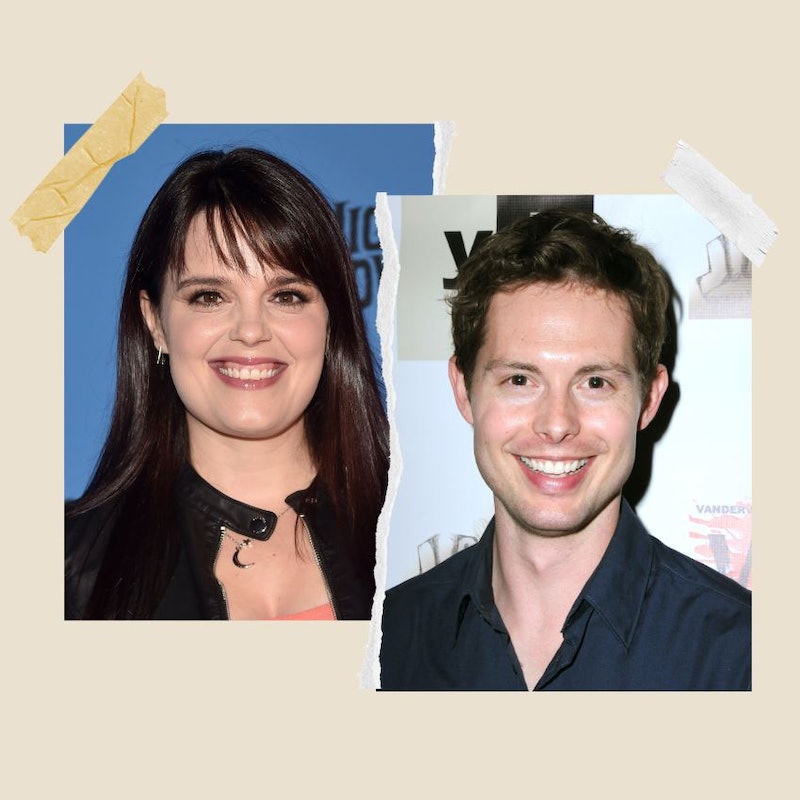 Is it time for Halloweentown: The Wedding? Twenty-one years after Kimberly J. Brown and Daniel Kountz starred together in the Disney Channel Original Movie Halloweentown II: Kalabar’s Revenge, the couple is preparing to tie the knot. The two actors announced their engagement in sweet Instagram posts on June 30, and then Brown followed them up with an adorable relationship timeline video on July 1.

“Have I introduced you guys to my Fiancée?” she captioned her June 30 Instagram announcement. The photo showed the two of them snuggled up to one another, her left ring finger — and yes, her new diamond ring — visible. Meanwhile, Kountz posted a montage of pictures of the pair, writing, “She said yes … Gunna love you forever @officialkjb.”

The next day, Brown’s reel gave a deeper look at their romance. Her “short relationship timeline video,” as she called it, showed the two of them in present day with old photos dating as far back 2001, when they met filming Halloweentown II. Though that was technically the start of their relationship, things didn’t become romantic until 2016, after they reconnected filming content for her YouTube channel, as she told Bustle in 2018. Fast-forward to 2022, and fans have been gushing over the pair. “This brings teen (and adult) me so much joy!” one commented on Brown’s post. “Congratulations!!!”

More recently, on Kountz’s birthday last October, Brown celebrated “him and his huge heart” in an Instagram tribute. “The depth of his care, support, and love knows no bounds,” she wrote, in part. “He listens patiently, makes me laugh hysterically, holds space for me constantly, and is my favorite part of coming home every day.” Ironically, that’s the opposite of his Halloweentown II character, Kal, who spelled trouble for Brown’s teen witch, Marnie. He initially showed interest in her, but all the while, he had a sinister plan. Marnie had to take him down to save the titular town and the mortal world.

“I ended up directing a short film about where Kal could be now, and [Kountz] graciously starred in it with some of my other friends from Second City where I’ve been studying improv for a while,” Brown told Bustle. “We shot that and that stuff on my YouTube channel kind of continued. It just naturally and very unexpectedly grew from that.”

Their relationship may have progressed easily, but ’90s kids were still hilariously surprised when they realized she and Kountz were dating in July 2018. “Marnie what are you doing hes [sic] bad,” one fan joked in the comments of an Instagram post showing the couple. Another wrote, in part, “Waiiit I’m so late you’re dating Kalabars son!” Still, others quickly accepted them as “an adorable couple,” which is confirmed by everything we’ve seen in recent years.

More like this
Before 'Bullet Train,' Revisit These Brad Pitt 'Fight Club' Premiere Photos From 1999
By Grace Wehniainen
Jennifer Coolidge Needs 'Legally Blonde 3' To Happen So She Stops Getting Hot Dog Jokes
By Jake Viswanath
Josh Peck Shows Love To Jennette McCurdy After Her Shocking 'iCarly' Revelations
By Radhika Menon
Lisa Kudrow Explained How Her Body Image Changed While Filming 'Friends'
By Grace Wehniainen
Get Even More From Bustle — Sign Up For The Newsletter