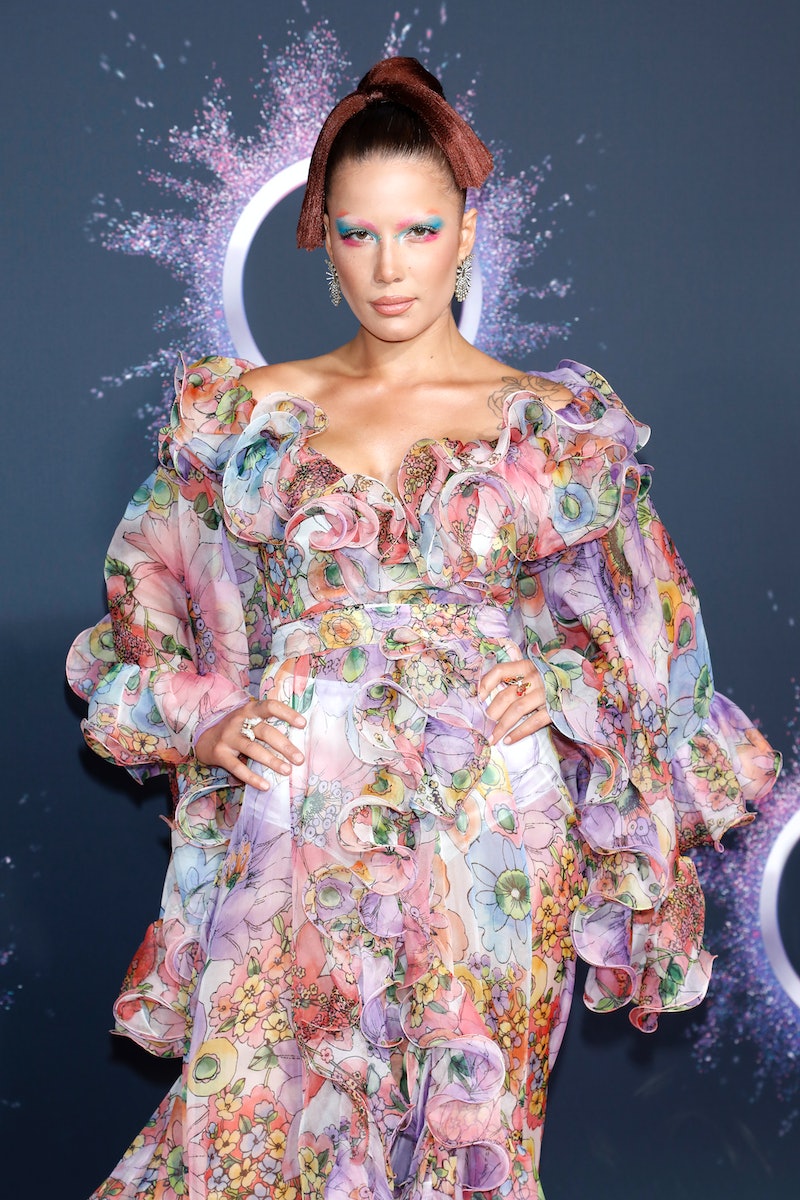 In case you're still in a 2020-induced haze, Halsey is pregnant. The singer announced that she's expecting a baby with Alev Aydin in an ethereal Instagram post on Jan. 27. Fans were both ecstatic and shocked by the announcement, especially given that most weren't even aware that she's dating the writer and producer. But if you need assurance about how serious they are, Halsey and Aydin's matching tattoos prove they're in it for the long haul.

In June 2020, tattoo artist Amanda Owley revealed that the couple stopped by her studio during a trip to Joshua Tree to get the word "seeds" inked on both of their feet. In an Instagram caption, she called them "the sweetest two people" and wrote about what the word represents. "'Seeds' is for planting seeds," Owley wrote. "She said this is cosmicly the best week to plant seeds in your life. I agree."

The artist expanded on the meaning of their tattoos in a Jan. 28 interview with People. "She said that everything with how the planets were aligned and where the cosmos were at that moment indicated that it was the best time to plant seeds into the ground of life," Owley said. "They wanted to get the words on their feet because it was closest to the earth." She added that the couple came in on Father's Day, "which is cute now that she's pregnant."

At the time, Owley didn't know that Halsey and Aydin were a couple, explaining that the singer told her they had simply been friends for "a long time." However, she did notice some sparks. "They were laughing a lot the whole time," she said. "They were definitely really close."

Interestingly, there was one special detail Owley shared that seems to suggest the pair was already more than just friends. "They got the tattoos in each other's handwriting, which is a pretty intimate thing to do," she said. "They probably practiced writing it about a hundred times before they found the right one."

Prior to dating Aydin, Halsey was most recently linked to actor Evan Peters. She also dated rappers G-Eazy and Yungblud. However, out of her 35 tattoos, none of them seem to match with or be dedicated to any of her exes, signaling just how special Aydin is to her. And now that they're going to be parents, perhaps there's more matching ink to come.