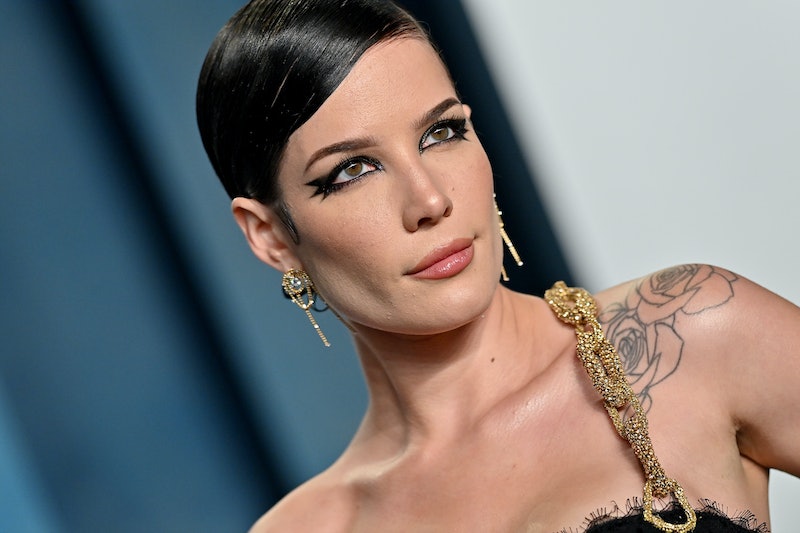 Axelle/Bauer-Griffin/FilmMagic/Getty Images
By Jake Viswanath
May 20, 2022

Halsey knows that they’re sick, and they don’t need you to remind them of it. On May 19, just days after kicking off the Love and Power Tour, Halsey called out body shamers in a TikTok video, responding to hateful comments they’ve received while experiencing recent health issues. Set to the tune "I Already Know" by Walworth & Howell, Halsey posted a clip of them staring at some of the most common remarks about their body, like “Halsey u look sick,” “Is she ok? Put some meat on those bones,” “She's too thin,” and “Looks unhealthy.” In the caption of the video, they quoted someone who said “u look sick” and responded, “BC I AM! LET ME LIVE!”

The “Without Me” singer has always been open about their health journey, getting candid about their bipolar disorder diagnosis and struggles with endometriosis over the years. Most recently, on May 10, Halsey shared that they “started getting really, really, really sick” after welcoming their son Ender with boyfriend Alev Aydin in July 2021. “Obviously, my health has changed a lot, you know, since I got pregnant and gave birth,” they wrote in an Instagram story. “I’ve been kind of sick pretty much most of my adult life, but it started getting really bad.”

After searching for answers to their recent flare-ups, which led to several hospitalizations for anaphylaxis, Halsey shared that they had been diagnosed with Ehlers-Danlos syndrome, Sjogren’s syndrome, mast cell activation syndrome, and POTS [postural orthostatic tachycardia syndrome]. However, the singer is still searching for answers on where these diagnoses came from, speculating that it “could potentially be another type of autoimmune disease,” which they’ve also experienced before.

Thankfully, these health issues aren’t stopping Halsey from performing on the Love and Power Tour, which kicked off in Florida on May 17 as promised and became highly anticipated for fans after the COVID-19 pandemic cancelled her U.S. Manic Tour dates in 2020. “I don’t want anybody to be worrying, and I am on a treatment plan right now,” Halsey re-assured fans when sharing their latest health update. “I am in rehearsals for the tour. I’m really excited and really confident that I’m going to be able to do it in a way that’s like, healthy, where I can perform my best for all of you.”