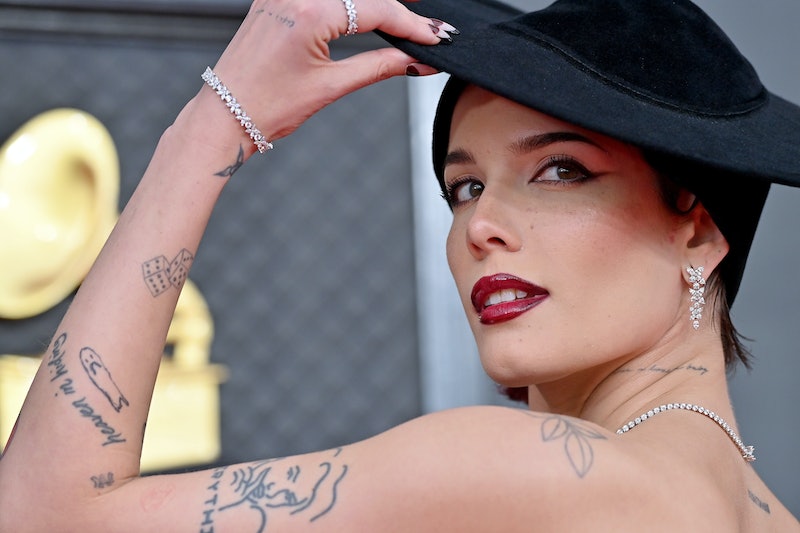 Axelle/Bauer-Griffin/FilmMagic/Getty Images
By Grace Wehniainen
May 11, 2022

Halsey has long been open about their health journey — from bipolar disorder to endometriosis — even when it hasn’t been a clear path. Two weeks after writing about the “complex mystery” that is chronic illness on their Instagram story, the “You Should Be Sad” singer gave fans another update. “Obviously, my health has changed a lot, you know, since I got pregnant and gave birth,” Halsey said in a May 10 Instagram story. “I started getting really, really, really sick — and I’ve been kind of sick pretty much most of my adult life, but it started getting really bad.”

After several hospitalizations for anaphylaxis and “seeing, like, 100,000 doctors,” Halsey said, they finally received some answers. “I got diagnosed with Ehlers-Danlos syndrome, Sjogren’s syndrome, mast cell activation syndrome, POTS [postural orthostatic tachycardia syndrome], and I’m still looking for answers to the root cause of some of these things. It could potentially be another type of autoimmune disease.”

Halsey acknowledged that they’d dealt with autoimmune issues before, but said they were “exacerbated” after the birth of their son, Ender, last year. And by the end of this April — a busy month that included the Grammys and Coachella — the singer said they were “trying [their] best to keep things normal” despite multiple hospital visits.

“My body is putting up a strong protest,” they wrote in an Instagram story on April 24. “And ultimately demanding that I slow down or stop for real this time. Especially so I can be in the best shape for tour.”

The Love and Power Tour is still set to kick off May 17 in West Palm Beach, Florida, and Halsey told fans not to be concerned. “I don’t want anybody to be worrying, and I am on a treatment plan right now,” they said. “I am in rehearsals for the tour. I’m really excited and really confident that I’m going to be able to do it in a way that’s like, healthy, where I can perform my best for all of you.”