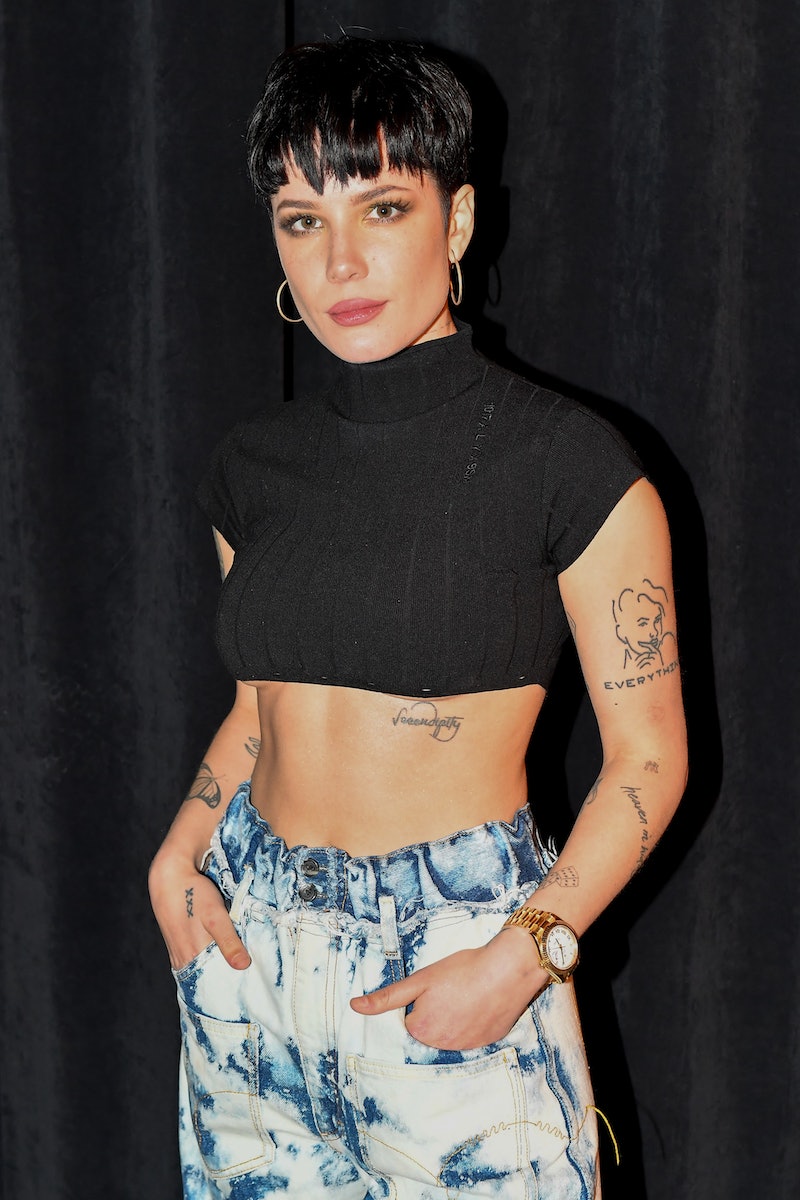 After being left off the 2021 nominees list, Halsey reacted to her Grammys snub by calling out the Recording Academy via an Instagram story on Saturday, Nov. 28. The “You Should Be Sad” singer shared a lengthy message that didn’t hold back. She delved into the problems she sees with the “elusive process” for selecting nominees and winners, even though she thinks the “post will blacklist [her].”

The 2021 Grammy nominees were announced on Tuesday, Nov. 24, but Halsey took several days before speaking her piece. “I’ve been thinking and wanted to choose my words carefully because a lot of people have extended sympathy and apology to me since the Grammy nominations,” she wrote to begin her message. She went on to detail several concerns, including “‘bribes’ that can be just ambiguous enough to pass as ‘not-bribes.’” (Bustle has reached out to the Recording Academy for comment.)

“The Grammys are an elusive process,” Halsey wrote. “It can often be about behind the scenes private performances, knowing the right people, campaigning through the grapevine, with the right handshakes and ‘bribes’ that can be just ambiguous enough to pass as ‘not-bribes’. And if you get that far, it’s about committing to exclusive TV performances and making sure you help the Academy make their millions in advertising on the night of the show.”

Despite her clear frustration, Halsey did note that she’s “THRILLED” for her friends who were nominated. That showed on the day nominees were announced; she celebrated Phoebe Bridgers, who is nominated for multiple Grammys, including Best New Artist, with a tweet that simply said, “Holy f*ck @pheobe_bridgers !!!!!!!!!” Halsey also indicated in another tweet that she’d congratulated others privately.

Of course, that didn’t take away the sting of not getting nominated herself or her disappointment for other worthy artists. Halsey noted that fellow snubbed artist The Weeknd “deserves better” and that her latest album, Manic, also does. She concluded with her hopes for “more transparency or reform,” echoing a Nov. 24 tweet from The Weeknd, in which he called the awards show “corrupt” and called for transparency.

Halsey’s relationship with the Grammys — and similar awards shows — is complicated. In her acceptance speech at the 2019 AMAs, she talked about growing up, thinking that winners’ trophies “were supposed to be some kind of validation for the soul-crushing and heartache-inducing work that they put into writing a song and bringing it to life,” and then coming to see “most of these awards aren’t really what they seem at all.” By celebrating her fan-voted award and saying “they're the people who really give a sh*t about music,” many people interpreted her comments as shading the Grammys.

The 63rd Grammy Awards are set to air on Jan. 31, but it seems unlikely that Halsey will be watching.

More like this
Everything To Know About The 2023 Grammy Awards
By Jake Viswanath
Cruz Beckham Teased New Music With An Adorable Nod To Mom Victoria Beckham
By Stephanie Topacio Long
"Lavender Haze" Star Laith Ashley Breaks Down Filming With Taylor Swift
By Jake Viswanath
Twitter Is In Awe Of Taylor Swift’s “Lavender Haze” Music Video
By Jake Viswanath
Get Even More From Bustle — Sign Up For The Newsletter
From hair trends to relationship advice, our daily newsletter has everything you need to sound like a person who’s on TikTok, even if you aren’t.