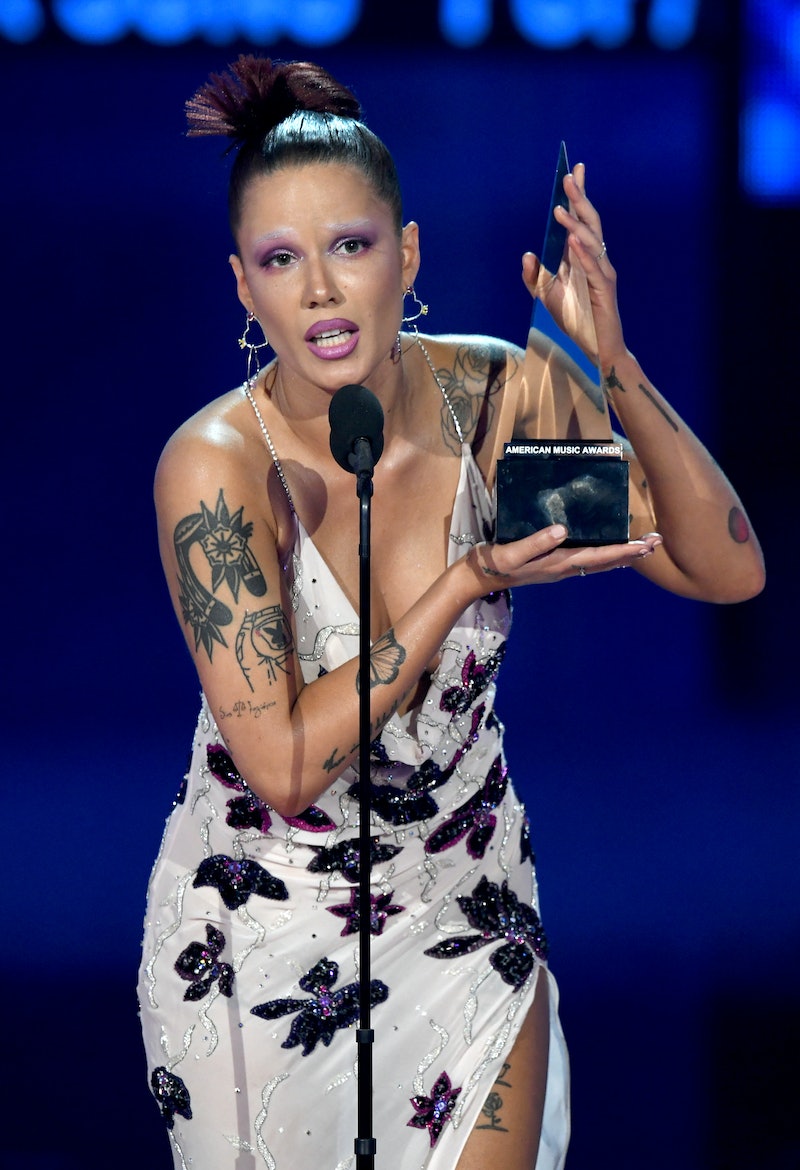 During the Sunday, Nov. 24 awards show, Halsey's AMAs speech stirred more than a little notice from fans. The pop singer won the Favorite Song — Pop/Rock award for her single "Without Me." During her acceptance speech, however, she spoke negatively about other awards shows.

Halsey started off by saying that she grew up watching awards shows like the AMAs and that the trophies they received were like metaphors to her. "These trophies that were supposed to be some kind of validation for the soul-crushing and heartache-inducing work that [musicians] put into writing a song and bringing it to life," she said, going on to explain that her outlook on these awards has changed since she's become an artist herself.

Many viewers took this as Halsey shading the Grammys, for which she was noticeably not nominated this year. She didn't mention the show directly in her speech, but she didn't have the most positive response when the nominees were announced on Nov. 20.

"i see a lot of you are upset. of course im sad too," Halsey wrote, in part. "none of it matters. literally none of it. you're here. im here. + everything is gonna stay exactly the same and without me is still a super tight, record breaking song."