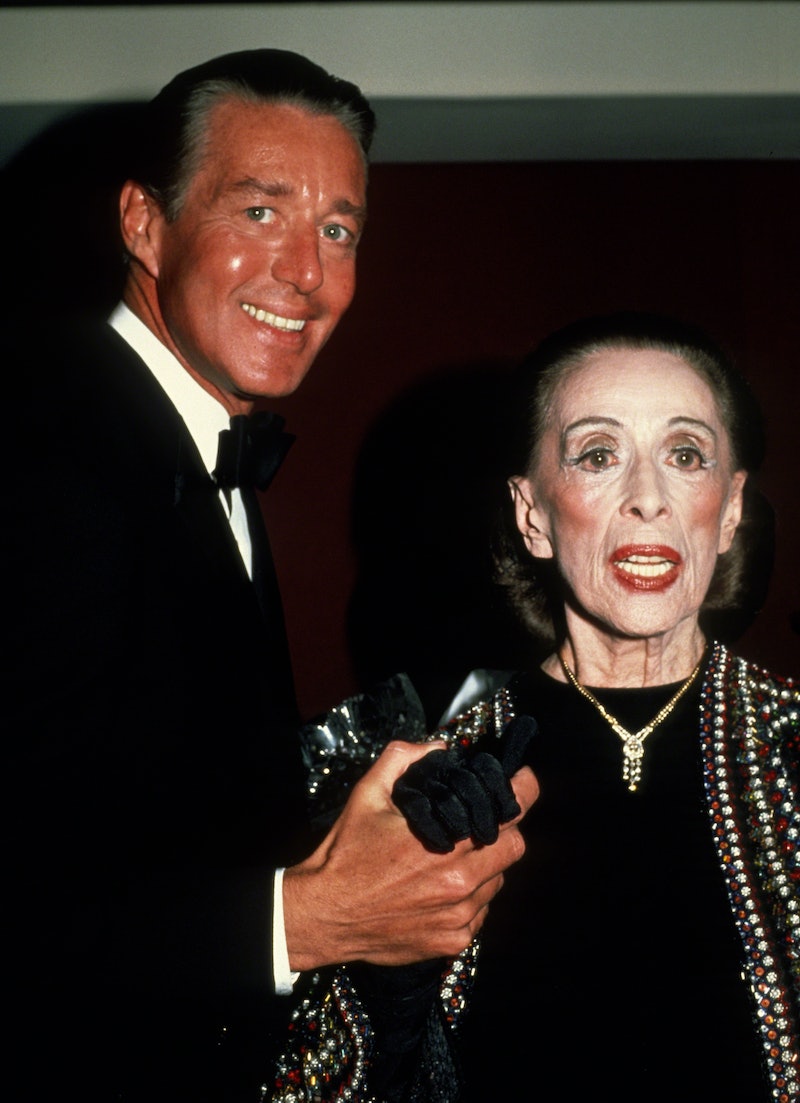 The mononymous Halston — legendary designer and forerunner to the modern fashion industry — had a longstanding relationship with dancer and choreographer Martha Graham, as depicted in the Netflix miniseries Halston. In addition to being close friends, the two shared a creative sensibility; Halston often designed clothes for Graham, as well as costumes for her shows. In a 1992 Liza Minnelli-produced Halston Tribute, Graham reflected on her relationship with the designer, saying, “I really hardly think of him as a friend. I think of him as a necessary part of my coexistence in life. His word was sacrosanct and he had no hesitancy in saying no.”

The pair continued to work together until the end of Halston’s life in 1990, and their partnership was particularly meaningful to them both after Halston lost control of his brand. Below, the real-life story that inspired the miniseries’ events.

What was Halston and Martha Graham’s creative partnership like?

As his obituary explains, Halston got into theatrical design in later life, working with Graham on productions like Clytemnestra and fashioning the costumes for another close friend, Liza Minnelli, in her Broadway show The Act. Graham and Halston were photographed together as early as 1973 (Graham sometimes wearing one of his custom-made caftan creations), and in 1975, he created the costumes for the Martha Graham Dance Company's Lucifer. In 1981, Halston made the costumes for Graham’s Acts of Light; the New York Times wrote that the costumes “suggest a Greek flavor.” In the Halston Tribute, Graham spoke to their shared perfectionism, saying, “He felt that you had a right to achieve perfection if you could take the risk to do it. If you didn’t take the risk, to hell with you. I think I saw the best in him, that spoke to the best in me.”

By the 1980s, Graham and Halston had a partnership based on a mutual understanding. Costume designer Russell Vogler, who also began working with Graham, remembered Halston telling him, “The reason we're here — and this is important for you to remember — is that we are Martha's hands.”

As depicted in the Netflix series, Halston lost control of his company — and even the ability to use his name on designs — in the 1980s after the label changed hands several times and his less expensive JCPenney line was deemed a failure. Yet Halston still continued his work in theatrical design, including on Graham’s Persephone. As shown in the miniseries, Halston poured his creative energies into creating modern, minimalistic, and beautiful costumes. His work on the show was very well-received. In the New York Times review of Persephone, critic Anna Kisselgolf wrote that the overall effect of the costumes and lighting was “strikingly pictorial.” This wasn’t the last time Graham and Halston would work together, either: in Night Chant (1988), Kisselgolf called the costuming “a new theatricality.”

Towards the end of his life, Halston continued to offer design services for Graham as well as Minnelli (both seen here in 1988), including dressing Graham for fundraisers and social events.