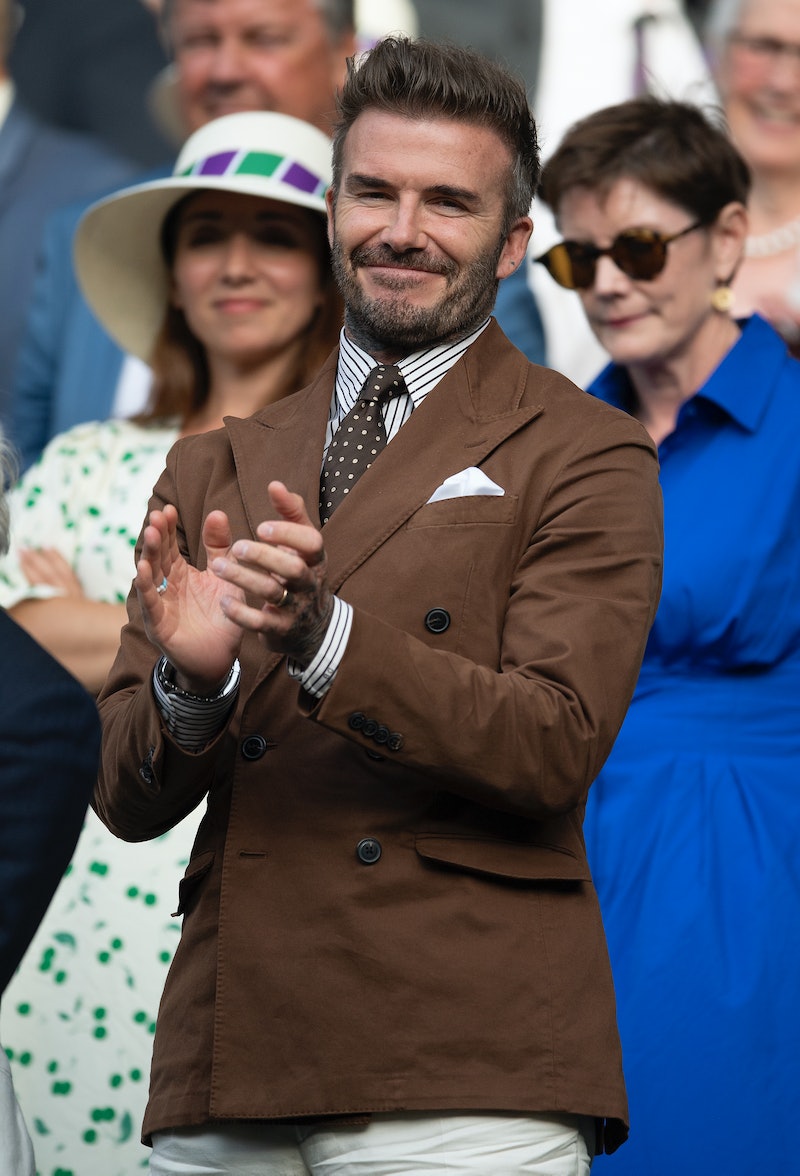 Despite being one of the most famous footballers in the world, it’s nice to see that David Beckham still makes time to embarrass his kids in classic dad style. The former midfielder — who recently announced a new docuseries with Netflix — attended The Weeknd’s concert in Miami with his 11-year-old daughter, Harper. The pair were twinning in blue, and Beckham uploaded several videos to Instagram of the two of them singing and grooving away to all the hits. They even scored a backstage photo with the “Blinding Lights” hitmaker. However, it was reassuring to see that although Beckham has an OBE and globally-celebrated feet, he’s still not above a bit of dad dancing.

Beckham shared a few clips of himself singing along and doing some boy band-worthy shoulder swaying, captioning the videos, “Embarrassing dad moment. Timing was a little off but we got there in the end and I made Harper Seven laugh,” with plenty of laughing emojis thrown in.

The following day, Beckham uploaded a second video, this time of Harper doing her best impression of her dad (which she absolutely nailed). He tagged Victoria Beckham in the video, explaining in the caption, “I know I posted one video but our little girl is so cute I had to post another cause she is mocking the dad dance whilst being so cute.”

Although Harper makes occasional appearances like this on her parents’ social media accounts, Victoria admitted that she is concerned for when her daughter starts using social media independently. In an interview with Vogue Australia last month, she said, “Seeing how cruel people can be, yes it really does [concern me]” when discussing the thought of her daughter online.

But, with a combined 105.2 million followers on Instagram alone, at least her parents will be on hand to show her how to navigate the turbulent waters of social media. For now, though, it looks like Harper is doing a great job of keeping her dad in check on the grid.