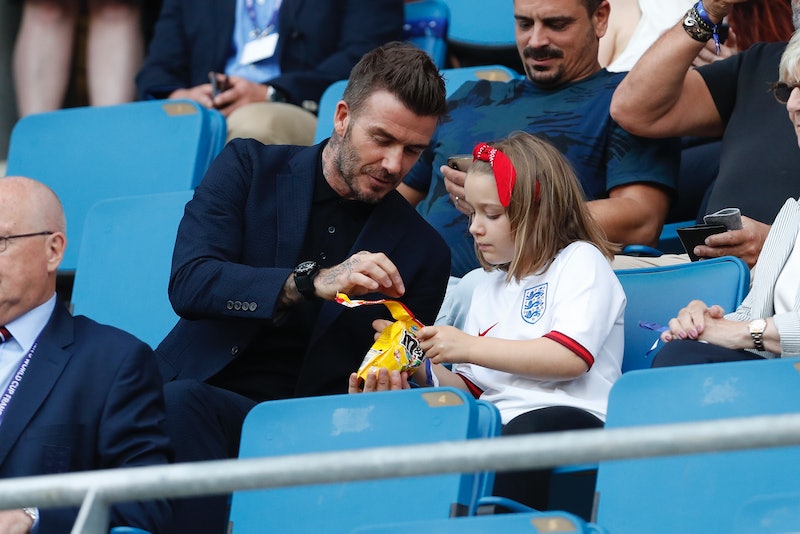 David Beckham is known as a doting dad, that’s for sure — especially when it comes to daughter Harper. They’re often spotted on mum Victoria’s Instagram account, for example, being the cutest father-daughter duo around. And a new post on Harper’s first day back at school may be one of the best yet.

The latest video shows a very grown up looking Harper in her school uniform, preparing her breakfast. “Harper, how are you feeling about the first day of school?” she is asked by Victoria, to which she responds, “Nervous but very excited.”

But it’s what happens next is enough to pull at anyone’s heartstrings. Dad David arrives and begs, “Please don’t go — stay with daddy, stay with me,” while giving Harper a hug from behind.

The video finishes with VB asking her daughter, “How does it feel putting on your school uniform after having over a month in shorts and t-shirt?” and Harper calmly responding, “Not the best.”

The adorable video was also accompanied by a super sweet caption from Victoria, which read: “Back to school for Harper Seven! Not sure who is feeling it the most. It’s been an amazing summer! I love you @davidbeckham x”

David also later shared a snap of the two eating breakfast together before Harper’s big day, writing: “Back to school. A little talk of excitement, a little nervous , but the good news is very happy go have fun pretty lady #HarperSeven @victoriabeckham.”