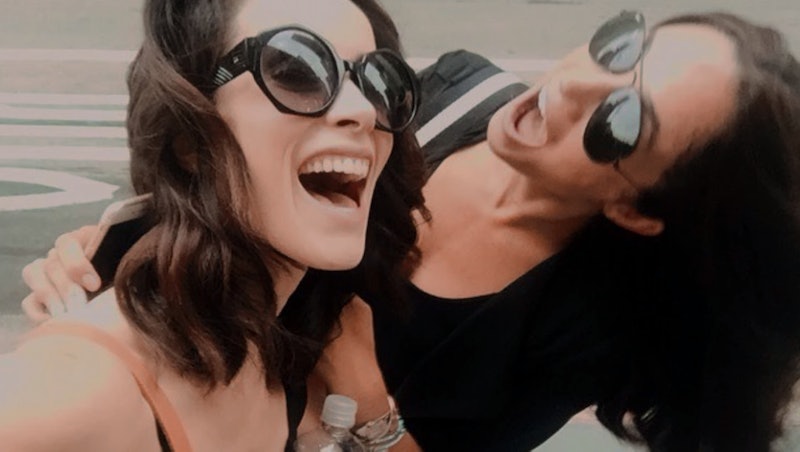 As the world reacts to the first three episodes of Netflix’s Harry & Meghan, viewers may wonder what Meghan Meghan’s former Suits co-stars are saying about the new release. Particularly since the legal drama is featured pretty heavily when talking about Markle’s life before she met her now-husband.

During the first episode, it was revealed that one of the first people the Duchess of Sussex told about her relationship with Prince Harry was her friend Abigail Spencer, who portrayed Dana Scott on Suits opposite Markle’s Rachel Zane. Spencer also attended the royal couple’s wedding in 2018. Markle told Spencer she met someone and was in love, before casually dropping that it was Prince Harry. “I mean, I could just feel everything in her body vibrating,” Spencer said. The pair took a photo of that very moment, where they can both be seen screaming. “I was screaming because I could tell it was different... it was very clear... that they were going to go to the ends of the earth to be together.”

Meanwhile, one of the producers of Suits, Silver Tree, described Markle as being “always natural” and “absolutely trusting” in Episode 2, adding that she put her co-stars “at ease” when on set.

The rest of Markle’s Suits co-stars have yet to speak about the docuseries, but it’s highly possible those reactions may come, as they have previously been very supportive of the royal couple. In 2021, when Markle was accused of bullying Palace staff, her former on-screen husband, Patrick J. Adams, who played Mike Ross in Suits, took to Twitter in defence of his friend.

In a since-deleted post, Adams wrote: “From day one, she was an enthusiastic, kind, cooperative, giving, joyful, and supportive member of our television family. She remained that person and colleague as fame, prestige, and power accrued.” He described how it “sickened” him to “read the endless racist, slanderous, clickbaiting vitriol spewed in her direction from all manner of media across the UK and the world.”