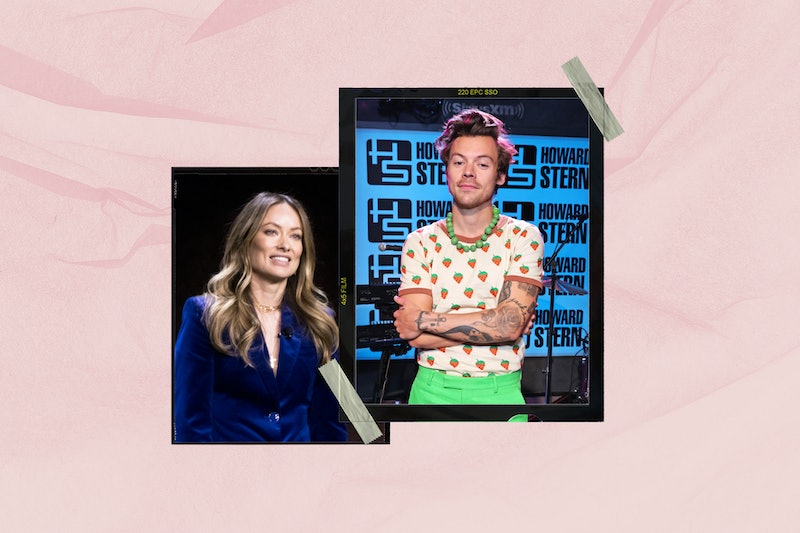 For the first time since rumours started to circulate that they’re an item, Harry Styles has finally addressed his relationship with Olivia Wilde publicly – well, sort of. On May 18, the musician made an appearance on The Howard Stern Show to promote his third album Harry’s House. Stern didn’t hesitate in asking Styles whether the track “Cinema” – which features some very saucy lyrics – was about Wilde.

Telling Styles he is “clearly in love” with Wilde from just listening to the track, Styles replied in an unsurprisingly cryptic fashion. “I think it’s important to write from what you’re going through at the time and trying to turn life into what you make,” he explained. “I guess it’s like, the most you can kind of capture a moment is kind of being true to that.”

Unhappy with the answer, Stern pressed further. Going on to say that working on a movie with someone is “the easiest place to fall in love”, he asked Styles: “You fell in love on a movie set?” Despite being unsure as to how to answer the question, Styles decided to open up about Wilde directing him in Don’t Worry Darling.

“I had a wonderful experience being directed by Olivia. I think there is something that obviously … acting is very uncomfortable at times. I think you have to trust a lot,” he explained. “Being able to trust your director is a gift. That was very helpful and it really meant for kind of a really nice experience working on that movie.”

Having met on the set of Don’t Worry Darling in September 2020, Styles and Wilde were caught holding hands at a wedding in January 2021. They’ve since been pictured together on multiple occasions, including a day out and about in London in March and a trip to Italy in April.

Wilde responded to the the criticism about her age gap with Harry Styles in an interview with Vogue in December 2021. “It’s obviously really tempting to correct a false narrative,” she said. “But I think what you realise is that, when you’re really happy, it doesn’t matter what strangers think about you. All that matters to you is what’s real, and what you love, and who you love.”

More like this
Britney Has Been Granted A Restraining Order Against Her Ex-Husband
By Bustle Staff
Girls Aloud Are Reuniting In A Race For Life Honouring Sarah Harding
By Sophie McEvoy and Rachel Mantock
Adele’s All-Female Lineup Includes Kacey Musgraves, Mahalia, & Self Esteem
By Shahed Ezaydi
Watch Harry Styles’ Sweet Reunion With His Primary School Teacher
By El Hunt
Get The Very Best Of Bustle/UK