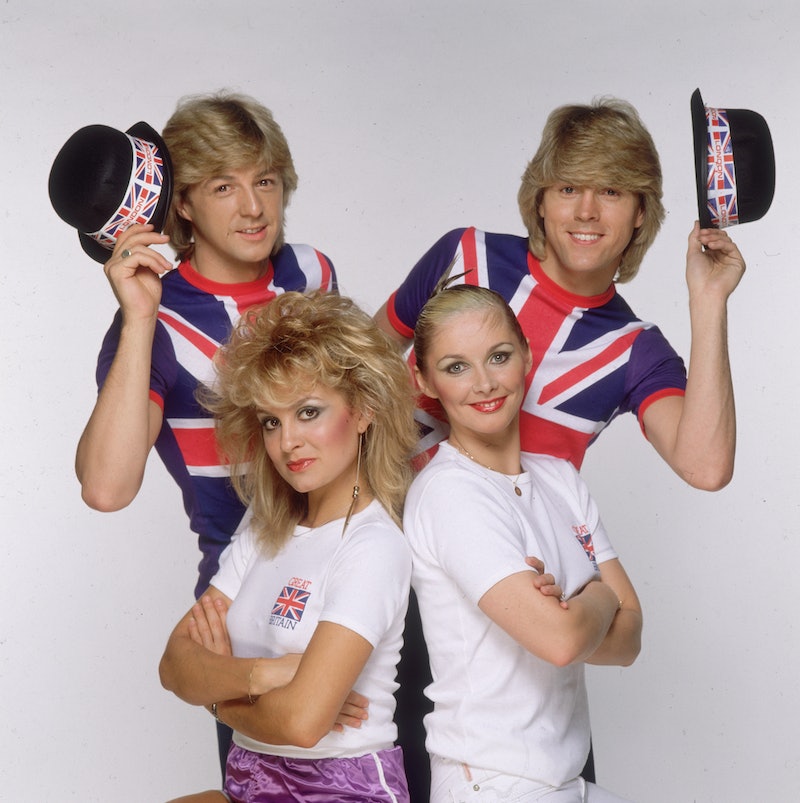 “The United Kingdom! Douze points!” is a beautiful but – let’s face it – very rare sounds for us Brits to hear during Eurovision. First established in 1956, the event has grown from a small competition to an enormous all-singing, all-dancing, all-strobe-lighting international affair where anything (I mean anything) can happen. Last year marked the first time in its 64-year history that Eurovision was cancelled, but luckily it’s back this year with a few COVID precautions in place and the UK will be sending James Newman as their 2021 hopeful. Brits will be praying for something other than nil points this year, but the question is, has the UK ever won Eurovision?

Well guys, yes they flipping have. Five times to be precise. There’s a chance you might not have been born the last time the UK took home the gong but I definitely was – and I’m pretty sure I still know all of the lyrics, too. The UK’S last victory came in 1997 with Love Shine A Light by Katrina And The Waves, which is an absolute banger IMO.

Below is a run down of all the UK winners in Eurovision history, from the most recent success in the form of Katrina to the very catchy Puppet On A String from one Sandie Shaw.

The Walking On Sunshine singers stole the crown in 1997 with their song Love Shine A Light.

Speaking about the event on their website, the band says: “Unashamedly grabbing the chance to represent the UK in the 1997 Eurovision Song Contest two days after Labour's general election triumph, Katrina And The Waves' stunning song Love Shine A Light destroyed the kitsch competition, winning by a record points margin and making them the most credible victors since ABBA's Waterloo.” Talk about confidence. We love it.

Banger. This is an absolute banger. Bucks Fizz beat out the competition in 1981 not only thanks to their song, but their incredible dance moves too. I mean, those tearaway skirts? Iconic. (Skip to 1.50 to see what I’m talking about).

The band went on to have huge success in the ’80s and then, sadly, one of the nastiest break ups in pop history. Their feud actually ended up going to court, with the band in dispute over who has the right to use their name, among other issues.

1976 — Save Your Kisses For Me, Brotherhood Of Man

This song is a tune, but let's be real, the stars of this show are the matte orange emulsion foundation and those outfits. Nothing says ’70s like large collared shirts cut nearly to the navel and blow outs to die for.

Brotherhood Of Man went on to have some chart success but were often mocked as some ABBA fans believed their song Angelo was a knock off of Fernando.

The small Scottish woman with an enormous voice, Lulu is a legend of British pop. You might know her best from her hits like Shout and her duet with Ronan Keating. Or maybe you love her from starring in Ab Fab? Either way, this was the song that shot Lulu to stardom.

However, 1969 brought with it a lot of controversy as Lulu actually tied at 18 points with Spain, France, and The Netherlands. As there were no plans in place to cover a tie-break situation, it remains one of the most controversial years in history. Some countries even chose not to compete the year after in protest.

This is a serious camp classic and if you haven't heard this in your local boozer during karaoke night then I'm not sure where you live. But you need to move immediately.

Shaw was a huge star in the ’60s with songs such as Always Something There To Remind Me. I am sure her success was aided by being the first UK winner of Eurovision ever. Her styling was to die for and this song is, IMO, the first and best of all the UK winners.

This article was originally published on May 18, 2019