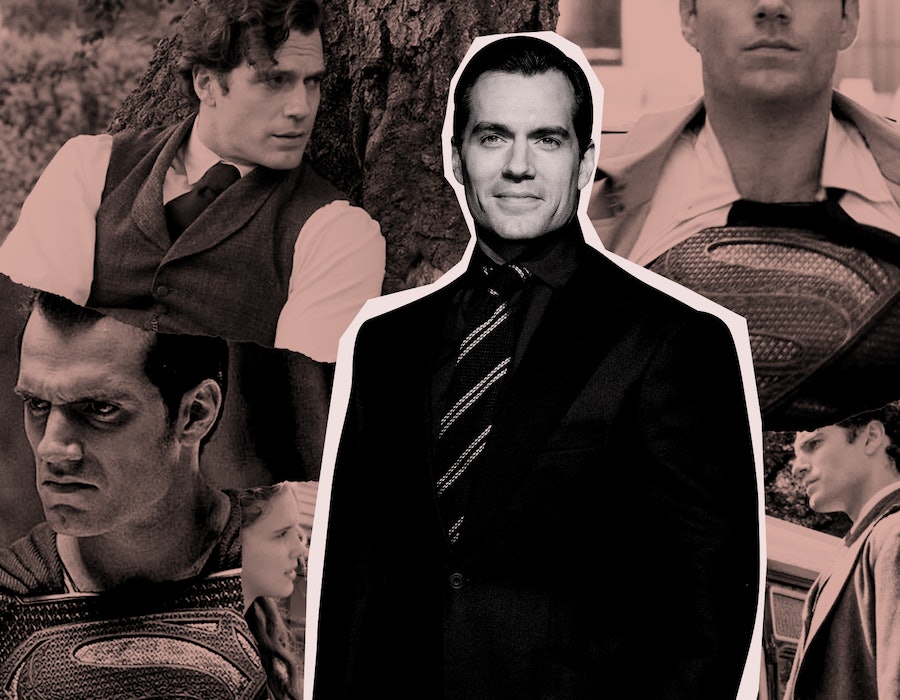 When the world becomes a swirling tornado of adrenaline-fueled chaos, I turn toward comfort-food entertainment. I allow the Great British Baking Show to envelope me in cheerful double entendres while I swaddle myself in Nancy Meyers cashmere and try to avoid refreshing Twitter.

It was in that spirit that I turned on Enola Holmes, Netflix's new film in which Stranger Things star Millie Bobby Brown plays the younger sister of the more famous Holmes detective. The film is, as you possibly guessed from the trailer, a charming romp. Brown is winning, the costumes are pretty, the manor house location is undeniably fancy — in short, it’s everything I want in a young-adult period piece drama, so I settled in fully expecting to enjoy an hour and a half of mild amusement. And then I saw him.

Someone in the Enola Holmes production team made the frankly ludicrous decision to cast Henry “Superman” Cavill as Sherlock Holmes. No. No. No. A thousand times, no.

This isn’t to say that Sherlock Holmes can’t be hot; as Benedict Cumberbatch has very well demonstrated, he can — and dare I say, should — be hot.

Henry Cavill is simply Too Large and Too Hot to play a socially awkward, cocaine-injecting maniac who zips around England solving mysteries. You can visibly see his double-breasted jacket straining to contain his enormous human chest. I am aware that Enola Holmes is a speculative departure from the Sherlock Holmes canon as written by Sir Arthur Conan Doyle, but like death and taxes, a few things in this world must be certain, and one of those things is that Sherlock Holmes cannot look like he spent the summer after his junior year being the shirtless model outside of an Abercrombie store.

This isn’t to say that Sherlock Holmes can’t be hot; as Benedict Cumberbatch has very well demonstrated, he can — and dare I say, should — be hot. But it must be a certain kind of hot — an angular, consumptive hotness that would make you feel weird about bringing him back to meet your parents for Thanksgiving.

Frankly, the entire exercise has the energy of that clip from Last Action Hero where Hamlet is played by Arnold Schwarzenegger with a lit cigar and an AK-47. The principle issue is Cavill’s own energy, which I believe is best explained with reference to the internet's favorite chart: Jock-Nerd versus Prep-Goth.

Sherlock Holmes falls squarely into the “goth-nerd” quadrant. He spends 90% of his time indoors smoking a pipe and wearing a bathrobe. By contrast, Henry Cavill is entirely “prep-jock.” He has the energy of a golden retriever and looks like someone who goes on jogs, drinks green smoothies, and throws a football around with his cousins in the backyard.

If you are one of those who is now furiously typing that Sherlock Holmes is athletic, that canonically he boxes and fences, and that the real Henry Cavill is a nerd who builds his own PCs, there are two important factors to remember. Firstly, fisticuffs and fencing are the goth-est possible sports, and secondly, regardless of who Henry Cavill is as a person or what he does in his free time, his undeniable vibe is “benevolent homecoming king who’s still nice to the weird girls.”

Henry Cavill is an outlier in his specific genre of attractiveness. He is a Giant Perfect Face guy.

I understand that movies are movies, and without a basic suspension of disbelief nearly every movie would have to include several scenes of people in stores saying, “I’m so sorry to bother you, but can I just say you are literally the best-looking person I’ve ever seen. You should be a model.” I also fully admit that I enjoy looking at Henry Cavill and I welcome him as a presence on my screen large or small.

But Henry Cavill is an outlier in his specific genre of attractiveness. He is a Giant Perfect Face guy, perfect for a role as, let’s say, Superman. He is a perfect Superman. You look at him and think, yes, alien with superpowers. His face in no way communicates “weirdo obsessed with blood.” As an actual weirdo obsessed with blood, it frankly feels like a betrayal. Especially [extremely car commercial voice] in these uncertain times, when it’s a comfort to hold onto whatever stability one can.