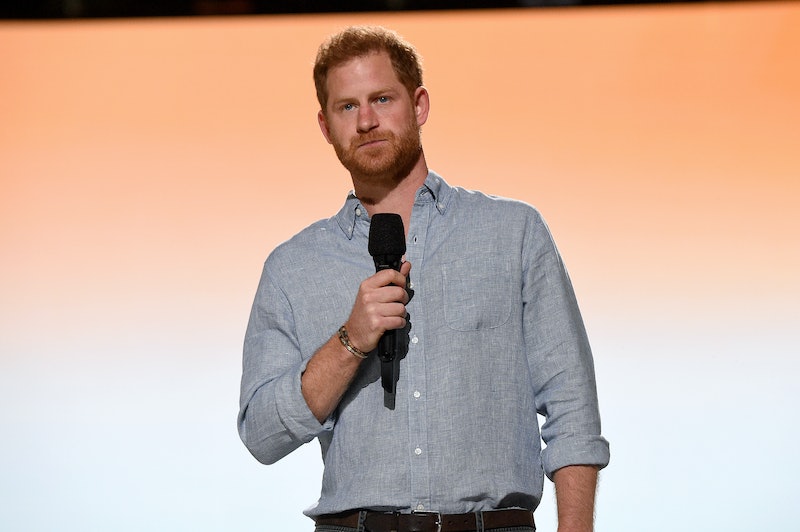 It's been a tough year for Prince Harry. It was just last year that the Duke revealed that he and Meghan Markle would be stepping back from senior royal duties; the Oprah interview with his pregnant wife, Meghan Markle, subjected the couple to new levels of scrutiny, criticism and trolling; and he also lost his grandfather, Prince Philip. In a new interview with Dax Shephard and Monica Padman on the Armchair Expert podcast, he has opened up about how he wants to "break the cycle" of the "pain and suffering" of his upbringing with his own children.

Prince Harry has long been an advocate for discussing and improving access to mental health. He’s previously been very open about his own struggles with mental health, formed the Head’s Together campaign alongside the Duke and Duchess of Cambridge to join mental health charities together in the UK, and, most recently, announced he was teaming up with Oprah Winfrey for a new AppleTV+ docuseries featuring mental health discussions with A-list celebrities. Keep reading for the most poignant quotes from Prince Harry’s emotional Armchair Expert appearance.

More like this
Prince George & Sophie Wessex Shared A Tender Moment At The Queen’s Funeral
By Jake Viswanath
8 Photos Of Prince George & Princess Charlotte At Queen Elizabeth II's Funeral
By Jake Viswanath
Twitter Is In A Tizzy Over David Beckham Queuing To See The Queen
By Shahed Ezaydi
The Prince William & Rose Hanbury Rumours, Explained
By Frances Stewart and Sam Ramsden
Get The Very Best Of Bustle/UK