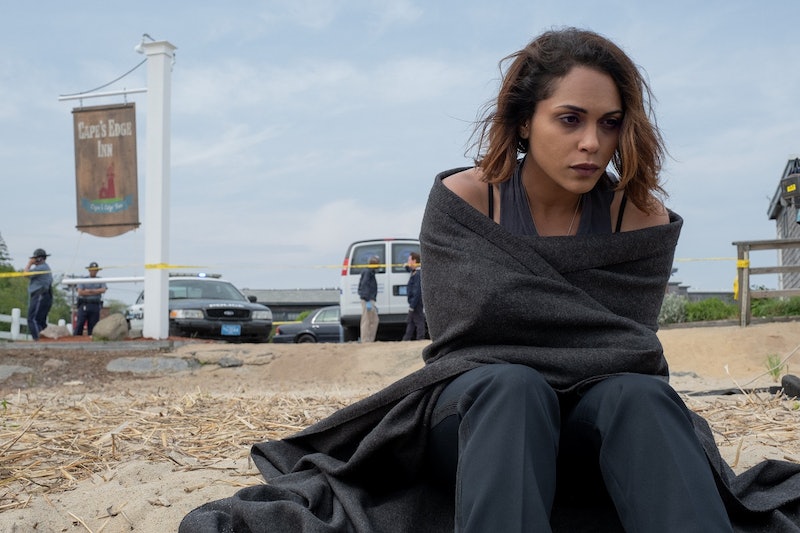 Hightown is a television triumph, offering viewers a gritty, realistic look at the opioid epidemic in Cape Cod. The show follows a troubled officer investigating a very grim local murder. And with its first season wrapping up on July 12, fans will most likely wonder when does Hightown Season 2 premiere?

The show stars Monica Raymund (Lie To Me, The Good Wife) as Jackie Quiñones, a troubled National Marine Fisheries Service Agent battling drug and alcohol abuse. Stumbling across a woman's body on the beach, Jackie's pulled into the world of Cape Cod organized crime — and back into her destructive tendencies — trying to solve the murder. Those worried about getting left dangling by the season's cliffhanger ending (coming up July 12) need not worry — Hightown is already officially renewed for a second season by Starz. The news came back on June 11, when only four episodes had aired. That's all well and good, but when exactly will Hightown return? Well, that's a little less certain.

Firstly, there's the entertainment industry-wide shutdowns due to the effects of the novel coronavirus. These lockdowns had just begun when Hightown premiered. As series creator Rebecca Cutter told CNN when the show first aired, "It all feels very glamorous in a weird way. But then really, right now I'm sitting in my bedroom on my unmade bed, my two kids are doing their Zoom school outside and my husband's in the other room doing his work. I'm stuck at home like everybody else." And given the recent increase in coronavirus cases, it's unlikely that Hightown will be able to return to the show's real-life shooting locations in Provincetown, Massachusetts any time soon. That might delay the show's intended schedule, but if Hightown is anything like other Starz original programs, that schedule wasn't too firm to begin with.

Starz programs with several seasons under their belt, like Outlander, and American Gods, don't follow a very steady schedule for season releases. Though Outlander has dropped a season a year since its inception, the start dates have varied wildly as August, November, February, and April. And American Gods had two years between its first and second season, with its third still not airing. So while Hightown fans can rest assured they'll see more of Frankie Cuevas' gang, it's uncertain at the moment when they'll get the chance.