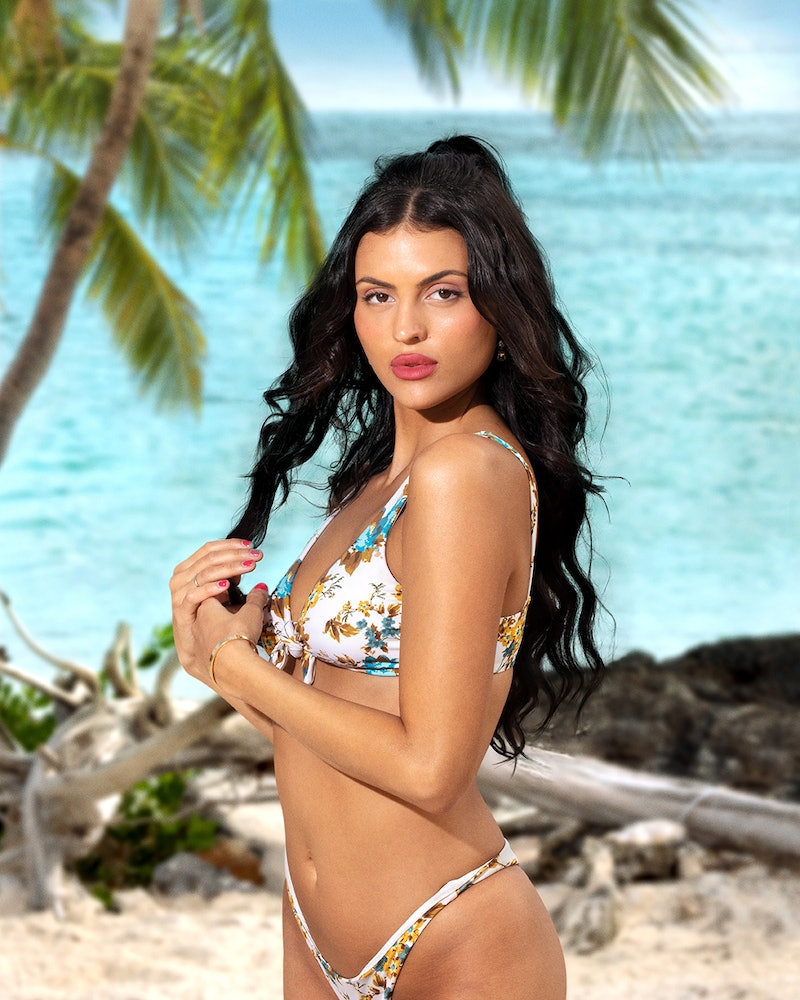 Too Hot to Handle star Holly Scarfone thinks she was made to be on the show. “I’ve been told that I kind of radiate sexuality. I’m a little bit of a wild child, I’m always just doing what I want to do,” the Season 3 contestant said in a promo video. “Maybe if there’s a couple of guys fighting over me, I might love it a little bit.”

Netflix describes the 23-year-old model from Colorado as a “work hard, play hard kind of gal” who dreams of having “boyfriends all over the globe.” Even so, she “finds relationships boring and isn’t looking to settle down any time” in the near future. “I don’t like feeling tied-down so I do like an open-minded guy for sure,” she said int he video, adding that a “good accent” makes her heart melt.

That may work against her while competing for the increased $200,000 prize on Too Hot to Handle Season 3. As you wait to find out whether or not she’s successful in keeping her hands to herself, here’s everything else to know about Holly.

Holly attended California’s Scotts Valley High School, where she participated in swim, track and field, cross country, cheer, and student gov. After graduating in 2017, she studied psychology at the University of Colorado Boulder, completing her degree in May 2021. She posted on Instagram that she wore a corset to her graduation dinner, and months later, she shared a photo of herself in a cap and gown with her diploma.

According to her LinkedIn page, Holly is currently working as a model for the Denver-based Donna Baldwin Agency, which she’s been signed with for nearly three years. Ahead of walking the runway at Denver Fashion Week in 2019, she reflected on her modeling career on Instagram. “I never thought I’d ever walk runway because I’m not the tallest, the tiniest, or the most experienced model out there, but it goes to show that with the right mindset, determination, and connections — the world is yours to f*cking conquer,” Holly, who is 5-foot-7, wrote.

She also previously worked as a restaurant host, a receptionist at a spa, and in interior design, sales, and social media management for West Elm.

“They call me hurricane Holly for a reason, I am the life of the party,” Holly writes in her Instagram bio. Her page is almost exclusively solo photos of herself proving just that. In one picture, she boards a private jet in a bathing suit; in another, she writes that she’s spent 10% of her life on an airplane. Among her recent vacation destinations are London, Mexico, Paris, Turks and Caicos, Indonesia, Monaco, and Malaysia.

Holly also notes that she wishes she could live in bikinis, which is perfect for Too Hot to Handle — though lingerie is apparently what she wears 99% of the time. Her favorite book is Vladimir Nabokov’s Lolita, and the keys to her heart are roses and pasta.